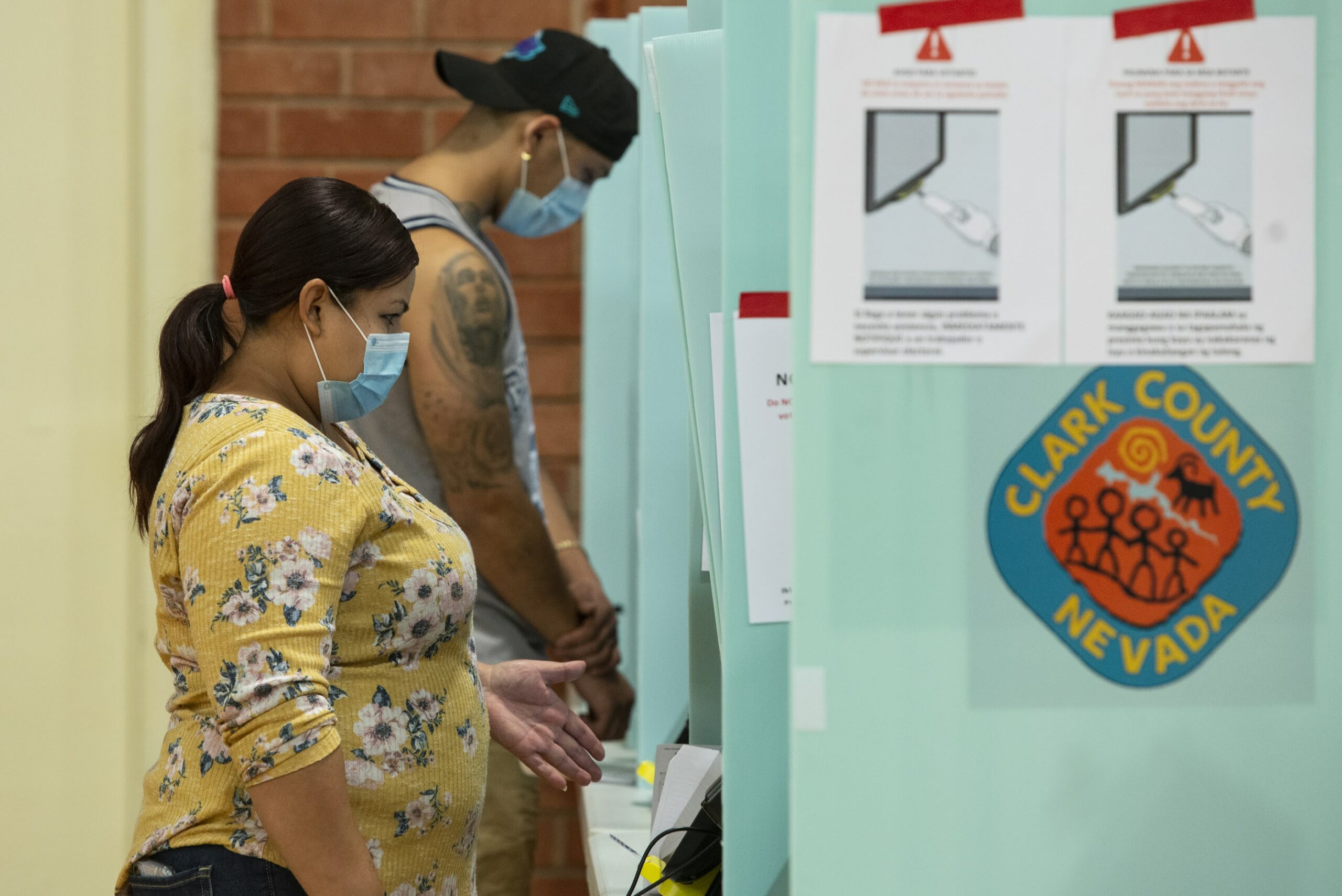 A voter represented by high-profile Democratic election law attorneys has filed a lawsuit seeking to block a nascent ballot initiative aimed at transforming the state’s election system to open primaries with a ranked-choice general election.

The lawsuit was filed on Monday in Carson City District Court by Nathan Helton, a registered voter in Churchill County who has worked for a variety of Democratic Party-aligned candidates and campaigns. According to his LinkedIn profile, he most recently worked as a regional representative for Sen. Jacky Rosen (D-NV).

The suit claims the proposed initiative violates three state constitutional requirements: the single-subject rule, addition of a cost without a funding source, and a deficient “description of effect,” the 200-word summary that accompanies the signature form for the petition.

It states that the initiative’s replacement of traditional closed party primaries along with the switch to a ranked-choice general election would violate the requirement that voter-filed initiatives stick to a single subject.

“Though sweeping in scope, each of these changes is a discrete, independent modification of present election law that neither depends upon the other for its operation nor even references it in its voluminous text,” the complaint states.

The lawsuit also claims the proposed initiative violates requirements against ballot questions that require an appropriation or spending of money without some kind of included tax or funding source.

The proposed electoral changes would “require significant expenditures to implement and administer,” the lawsuit states, listing potential costs that include new ballot design, modification of voting machines, election staff training, software purchases and “countless compensated hours of government-employee and contractor work to even decide upon and set up the basic framework for these new systems.”

A financial impact statement prepared by the nonpartisan Legislative Counsel Bureau earlier this month states that the secretary of state’s office is still analyzing the potential costs of the initiative.

Finally, the lawsuit challenges the initiative’s 200-word “description of effect,” saying the wording “deceptively minimizes the sweeping changes that imposing the brand new ranked-choice voting system in Nevada would make to the current electoral system.”

Notably, it challenges the description’s lack of information about how the initiative would allow candidates to self-select their political party designation, saying that voters would no longer “be able to trust” that candidates subscribe to the platform of their listed political party.

“This is a sea change that will have serious consequences for the voter who would ordinarily trust that designation to guide their voting in the general election,” it states.

Attorneys for the plaintiff include Bradley Schrager, a prominent Nevada political law attorney who often represents Democratic Party candidates and causes, and Marc Elias, a well-known election law attorney who has represented major Democratic figures and candidates, including Joe Biden and Hillary Clinton.

The proposed ballot initiative was filed by Las Vegas attorney Todd Bice last month, and seeks to amend the state Constitution to require that most high-profile partisan elections in Nevada move to open primaries with a ranked-choice voting system in place for the general election.

The ballot question is being backed by the Institute for Political Innovation, a 501(c)(3) nonprofit founded last year by Katherine M. Gehl, an author, philanthropist and former CEO of a Wisconsin-based, high-tech food manufacturing company. Bice, who is listed as the head of its affiliated political action committee (Nevada Voters First), did not immediately respond to a request for comment on Friday.

The Institute for Political Innovation says its system should be considered different from standard ranked-choice voting because of the top-five open primary model. The organization’s website says standard ranked-choice voting — which can limit participation in primary elections to only voters registered with a certain political party —  is “dramatically less impactful because it simply doesn’t fix the incentives for problem solving that are created by party primaries.”

The initiative — which would need to be passed in 2022 and 2024 to take effect — would require state lawmakers to implement the new ranked-choice system no later than July 1, 2025, meaning it would take effect by the 2026 election.

Qualifying the measure for the ballot will be a difficult and expensive process — initiative backers need to turn in 140,777 valid signatures from registered Nevada voters, including nearly 35,200 signatures from each of the state’s four congressional districts, by the end of June 2022.