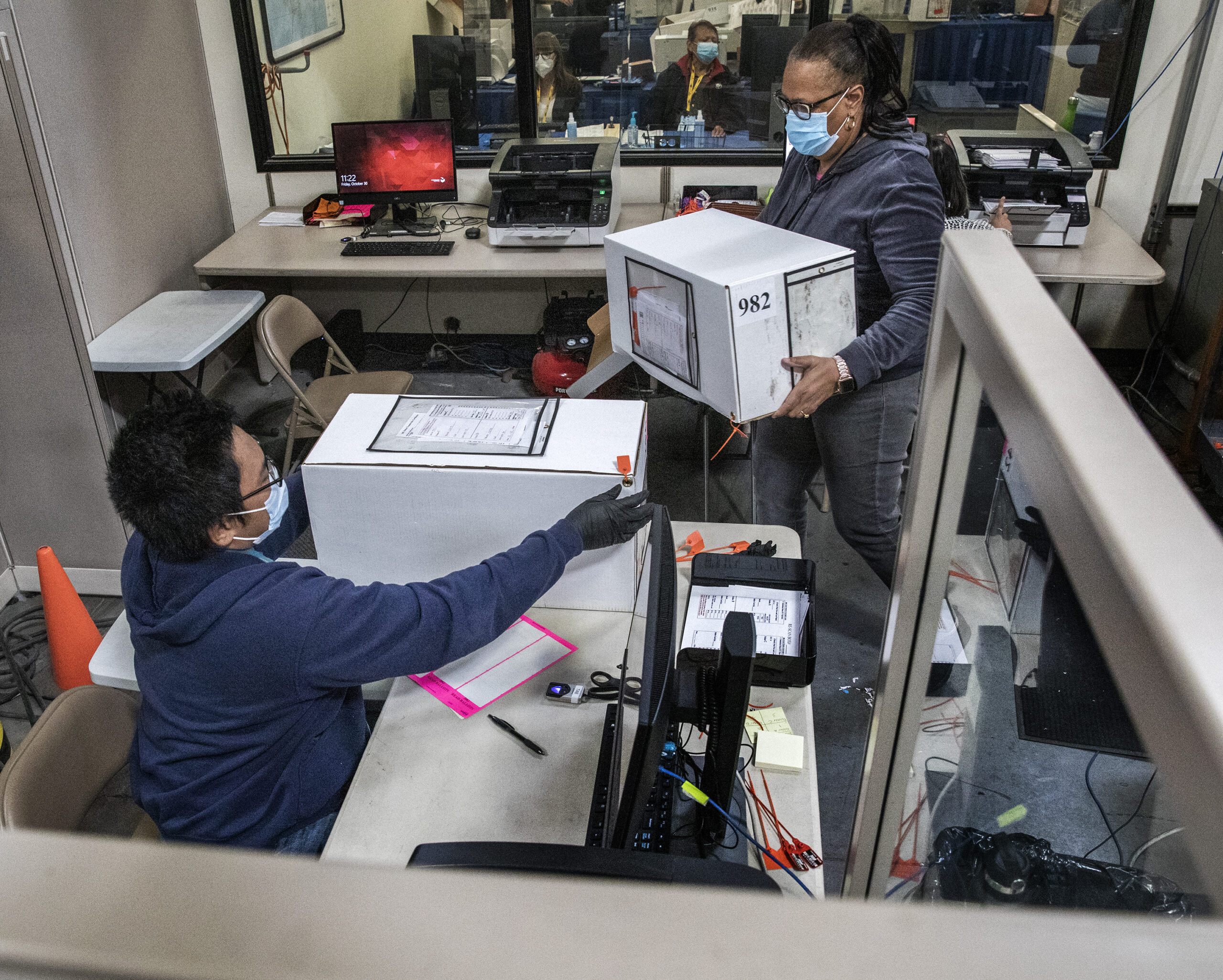 A proposed ballot initiative filed on Friday would transform Nevada’s election system by moving to open primaries with a ranked-choice general election system.

In a press statement, prominent Las Vegas attorney Todd Bice said the measure will be backed by the Institute for Political Innovation, a 501(c)(3) nonprofit founded last year by Katherine M. Gehl, an author, philanthropist and former CEO of a Wisconsin-based high-tech food-manufacturing company.

In a statement, the group said it was filing the initiative to “address the deficiencies of the primary election system” and attempts to give the growing cohort of nonpartisan voters a greater say in state elections.

“With more than 35 percent of Nevada voters unable to vote in a primary because they are registered as independent or non-partisan, and many more feeling under-represented by their respective party, it is clear that this antiquated system needs to change,” the group said in a statement.

Bice is currently the only individual listed on the petition notice and the affiliated political action committee (Nevada Voters First), but the group said it would be announcing members of a supportive, bipartisan coalition in the coming weeks. Much of the language of the initiative is based on the organization’s “Final-Five Voting” concept — which it says is not “synonymous” with typical ranked-choice voting systems.

The initiative would amend the state Constitution to require that most high-profile partisan elections in Nevada move to open primaries with a ranked-choice voting system in place for the general election. Those races notably would exclude the presidential race, but include U.S. Senate and House seats, statewide office elections — governor, lieutenant governor, attorney general, secretary of state, treasurer and controller — as well as legislative races.

Under language of the initiative, primary elections in the state would be opened up to all voters regardless of political party, with the top five vote-getters advancing to the general election. Rather than just selecting their top choice, voters in the general election would be able to mark candidates in their order of preference (ranking).

If a candidate wins an outright majority of votes (more than 50 percent), they would be elected to the office. If not, the candidate with the fewest first-preference votes would be eliminated, with their “votes” redistributed based on the second preference of those individual ballots. The process would continue until the final two candidates, or when one candidate reached a majority.

Voters would be allowed to mark up to five preferences among candidates, but could also choose to just rank one candidate or any number under five. Votes for “None of These Candidates” would be required to be tabulated, reported and made public, but would “not be counted for the purpose of electing or ranking any candidates for partisan office.”

Supporters of ranked-choice voting systems say it helps ensure candidates with the broadest levels of support win their elections and gives voters more options at the ballot. Opponents say a new system can be confusing to voters and can lead to situations where a second- or third-place finisher in the first round of balloting can end up winning the election.

The Institute for Political Innovation says its system should be considered different from standard ranked-choice voting because of the top-five open primary model. The organization’s website says that standard ranked-choice voting — which can limit participation in primary elections to only voters registered with a certain political party —  is “dramatically less impactful because it simply doesn’t fix the incentives for problem solving that are created by party primaries.”

The initiative — which would need to be passed in subsequent elections to take effect — would require state lawmakers to implement the new ranked-choice system no later than July 1, 2025, meaning it would take effect by the 2026 election.

At least two states — Maine and Alaska — have adopted some form of ranked-choice voting for statewide elections, according to the National Conference of State Legislatures. The voting system has been adopted by several major municipalities, including New York City.

The idea of ranked-choice voting isn’t new to Nevada — a separate organization, Nevadans for Election Reform, filed paperwork ahead of the 2020 election to create a similar ranked choice voting system, but the group did not submit any signatures to qualify the petition for the ballot because of a lack of funding. Bills creating or allowing a ranked-choice voting system were filed, but ultimately not passed, in the 2015, 2017 and 2019 legislative sessions.

Former state Sen. Ben Kieckhefer (R-Reno) filed a separate initiative last year that would have created a “top-two” or “jungle” primary where the top two vote-getters in the primary election — regardless of political party affiliation — would have advanced to the general election.

The initiative failed to qualify for the ballot after not turning in any signatures, but Kieckhefer said at the time that it was aimed at boosting participation in the state’s closed primary elections. In 2020, only about 30.3 percent of registered voters cast a ballot in the June primary election, while general election turnout was closer to 78 percent.

Qualifying the measure for the ballot will be a difficult and expensive process — signature requirements for the 2022 election require initiative backers to turn in 140,777 valid signatures from registered Nevada voters, including nearly 35,200 signatures from each of the state’s four congressional districts. Prominent election-related initiatives also typically run into legal challenges, which can invalidate signatures or tie up backers in lengthy legal battles.