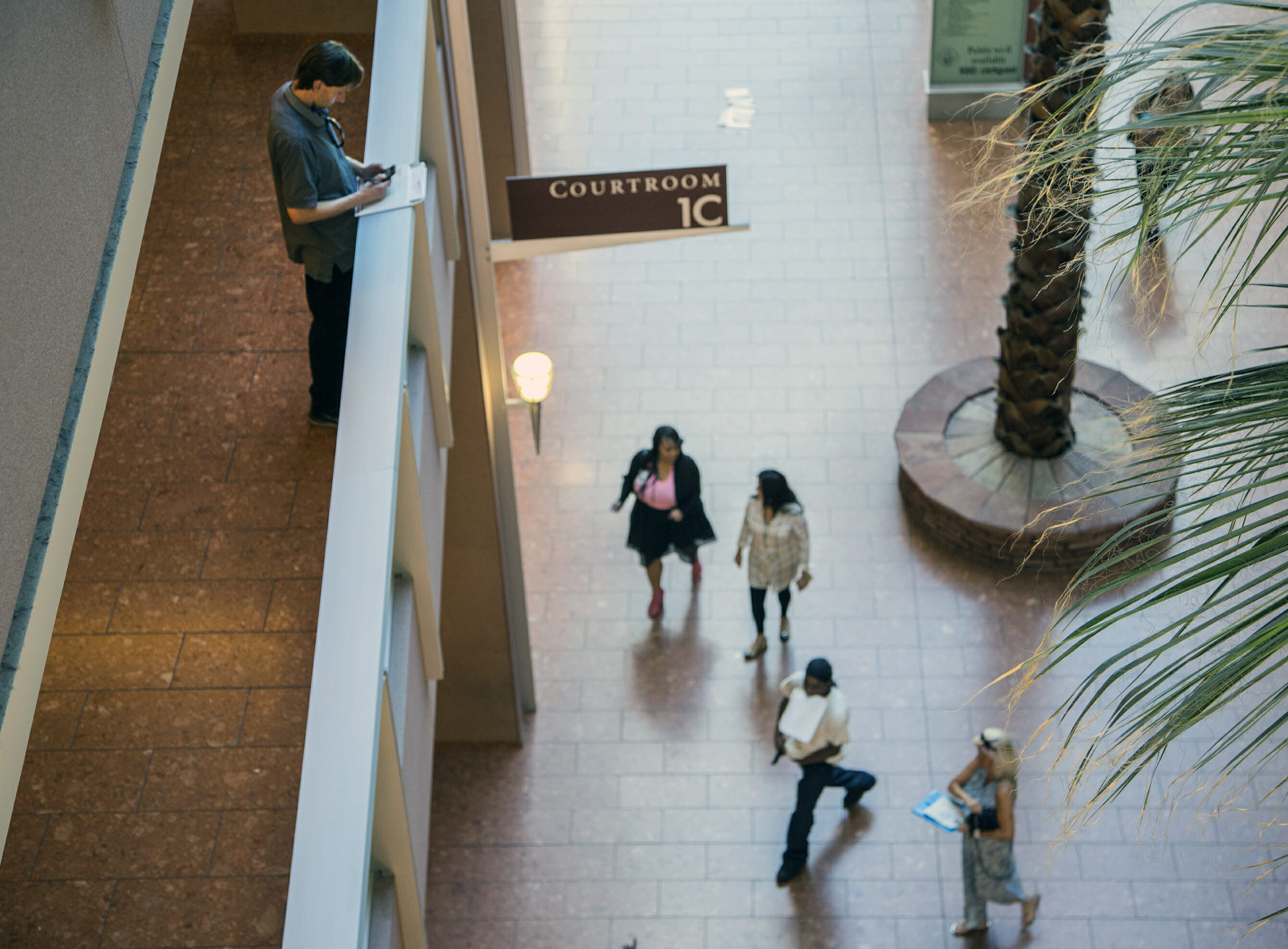 The fight over whether Gov. Brian Sandoval can be forced to implement a stalled gun control ballot initiative is one step closer to being resolved.

District Court Judge Joe Hardy, Jr. on Friday listened to arguments, including the state’s motion for dismissal, before adjourning the hearing without a decision. The court has 90 days to issue a ruling on so-called Question 1, which passed at the ballot in 2016. The measure mandated federal background checks on private gun sales but was deemed unenforceable by Sandoval and Attorney General Adam Laxalt.

The attorney for the group behind the initiative, Nevadans for Background Checks, said he was in an odd position.

“I didn’t think in my legal career that I would find myself here asking a court to tell the chief executive of the state to enforce the law,” said Mark Ferrario. “What I think the state has done is that they have really blurred the issue and engaged in an exercise of obfuscation to detract the court from what is a very simple proposition.”

Ferrario said the state refuses to implement a law that was passed by the citizens. “For either personal or political reasons, the governor and the attorney general choose to stand back and do nothing,” said Ferrario in the packed courtroom.

Attorneys for the state argued that the ballot initiative was poorly worded and that Nevada cannot force the background check requirement upon the federal government.

“You cannot pass a state law that imposes a financial cost on the federal government,” said Lawrence VanDyke, the state's solicitor general. “The FBI is not set up to take up background checks on any Nevadan.”

VanDyke said the FBI has refused to implement checks in Nevada four times —  twice in writing and twice during phone calls.

“State officials are not avoiding implementing the law,” said VanDyke. “It is the FBI that said ‘no.’”

Laxalt’s office contended in December 2016 that the ballot question could not be implemented because the FBI refused to conduct background checks on the basis that Nevada is one of 12 POC states.

In a December 2016 legal opinion to DPS Director James Wright, Laxalt referenced and quoted a letter from the FBI that informed DPS it would not allow intermediaries to run background checks through the FBI as required by the act. In that same letter, the FBI said Nevada could “provide a more comprehensive NICS check” as it can access “state-held databases that are not available to the FBI.”

In a statement provided to The Nevada Independent last week, Sandoval called the lack of implementation “frustrating” and said that the best course going forward would be for the Legislature to approve the measure in state law once changes are allowed (three years after enactment) to require the state to do all background checks.

“It is the intent of the Governor to enforce all lawful ballot initiatives passed by the citizens of Nevada. Clearly, the voters of Nevada have indicated that they want background checks for the private party sale of firearms. The legal gridlock created by the drafters of Ballot Question 1 is frustrating for all parties involved,” Sandoval’s office said in a statement. “Going forward, Governor Sandoval believes that the best path for both the proponents of the initiative petition, and the citizens of Nevada, would be to work with the legislature after the amendment moratorium has passed, and change the law to allow private party background checks to be conducted through DPS, rather than the FBI.”