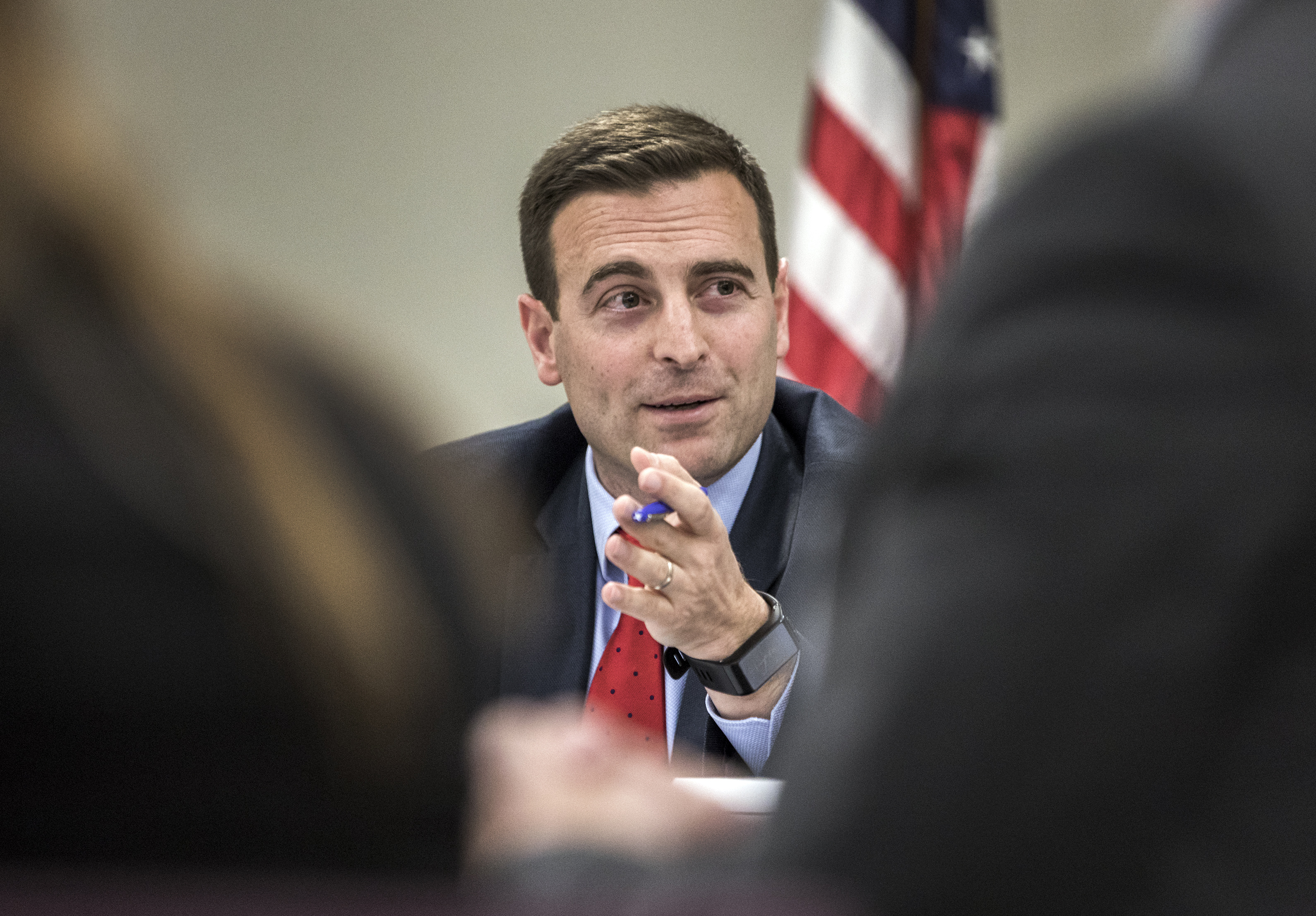 Republican gubernatorial candidate Adam Laxalt owns and likely rents out a two-bedroom condominium in Virginia, but because of a unique provision in state law isn’t required to report it on state campaign finance disclosure forms.

Records obtained by The Nevada Independent show that Laxalt purchased the two-bedroom, one-bathroom property in January 2006, and is listed on online rental portals updated as recently as two months ago. Laxalt, the Republican attorney general and grandson of former Nevada Sen. Paul Laxalt, spent most of his early life in the Virginia area before moving to Nevada seven years ago.

Unlike most other states, Nevada only requires candidates or elected officials disclose real estate or property holdings if they’re located inside Nevada or an adjacent state — meaning Laxalt and other candidates have no requirement to disclose their real estate holdings outside of the five states that border Nevada.

Laxalt has paid property taxes on the condominium — most recently in May 2018 — and has rented the apartment out in the past: Norfolk court records show that he filed an lawsuit against a Robert Woolton for unlawfully residing in the apartment in 2012 (the case was dismissed about a month later.)

Before running for attorney general in 2014, Laxalt briefly worked as an attorney in Las Vegas, but spent a significant portion of his professional career in the Washington, D.C. area, including working as a law clerk for the U.S. Air Force general counsel, an aide to now-National Security Adviser John Bolton in the State Department and as a staffer for former Virginia Senator John Warner, according to the Washington Post.

The "townhouse" has a rental price of $1,375 a month, according a listing on Adobo.com, and comes with an attached garage, laundry rooms, and considers pets upon request. A spokesman for Laxalt’s campaign didn’t return an email seeking comment on whether the attorney general is continuing to rent out the property.

Although other political figures including Treasurer Dan Schwartz and Lt. Gov. Mark Hutchison have disclosed their real estate holdings in campaign finance reports, Laxalt isn’t legally required to disclose his holdings due to a state law that requires disclosure only if the property is in Nevada or an adjacent state.

That limitation of only listing real estate or property holdings in California, Arizona, Utah, Idaho or Oregon is unique to Nevada — a National Conference of State Legislatures roundup of state financial disclosures found Nevada to be the only state requiring real estate disclosures in an “adjacent” state. Typically, state requirements on real estate disclosures fall into one of three categories: no requirement, requiring it only within the state they represent or any property or holdings regardless of location.

The Nevada law requiring real estate disclosures was first approved in 1977, and initially only included property located in the state. The law was changed in 1985 to include any property in adjacent states and outside a minor wording change in 1997 hasn’t changed.

Laxalt’s general election opponent, Steve Sisolak, does not list any real estate or property on his personal financial disclosure form. Clark County land records show that Sisolak — who was awarded more than $23 million from a lawsuit filed against the county for height limits imposed on his previously-owned property near McCarran International Airport — only owns a single-family residence in the county, which has been in his possession since 1991.

Laxalt and his wife Jamie also purchased a four-bedroom home in Reno in January 2016. State law doesn’t require that a candidate’s primary residence be disclosed on a campaign financial disclosure.