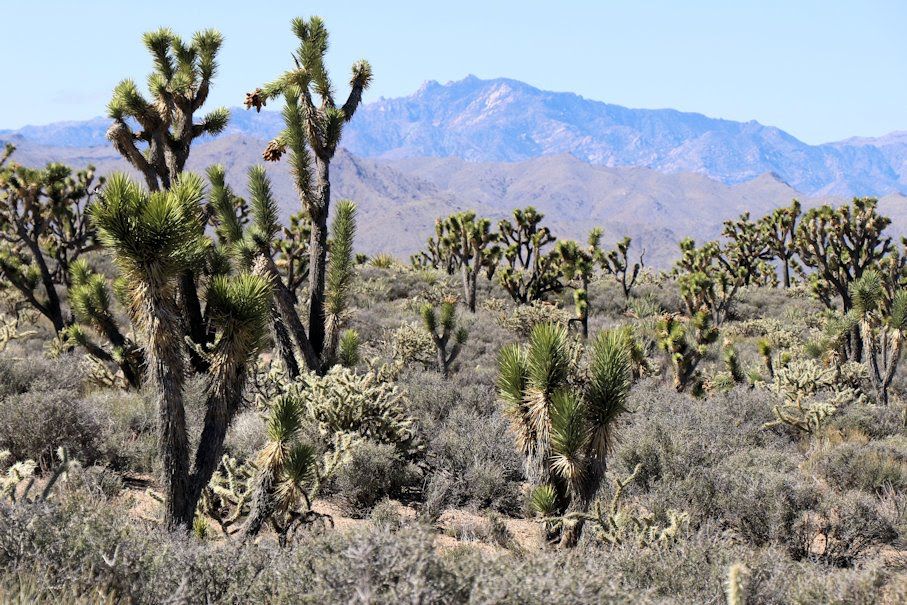 Reps. Susie Lee (D-NV) and Dina Titus (D-NV) are joining conservationists and Indigenous leaders in urging the Biden administration to designate more than 380,000 acres spanning from the California-Nevada border to the Lake Mead National Recreation Area.

The proposed monument would protect Avi Kwa Ame, or “Spirit Mountain” in the Mojave language, about 80 miles south of Las Vegas. Conservationists and Indigenous leaders have been advocating for the designation since 2020 as energy developers look to the Nevada desert for sites for potential wind and solar farms.

In a letter addressed to Interior Secretary Deb Haaland, who is a member of the Pueblo of Laguna tribe of New Mexico, Lee expressed her support for establishing the national monument and requested a meeting with Haaland, inviting her to Nevada to tour the area.

“The region holds immense cultural, recreational, ecological, and economic value,” Lee wrote in the letter, a copy of which was provided to The Nevada Independent. “The entire area is considered sacred by ten Yuman speaking tribes, as well as by the Hopi and Chemehuevi Paiute.”

The area is also home to rare and threatened wildlife, she added, including the Mojave Desert tortoise and desert bighorn sheep.

In a separate letter sent on Wednesday, Titus announced her support for the proposed national monument and intent to introduce legislation to establish it.

"As you implement your priorities to address environmental justice, climate change, and improving the quality of life for our fellow Americans, I ask that you join me in supporting my legislation and the effort to make this a reality," Titus wrote in the letter to Haaland and Brenda Mallory, chair of the Council on Environmental Quality.

The Antiquities Act allows the president to reserve federal lands or waters and protect them from commercial development and promote habitat preservation. The last national monument established in Nevada was Gold Butte National Monument, which protects nearly 300,000 acres of desert landscape in northeastern Clark County and was established by former President Barack Obama in 2016.

Advocates add that designating the region as a national monument falls in line with the Biden administration’s “30 by 30” conservation proposal, which aims to conserve 30 percent of the country’s land and waters by 2030.

Titus is also scheduled to join Indigenous leaders and conservationists for a press conference on Friday to announce her support the national monument.

Avi Kwa Ame is listed on the National Register of Historic Places, recognizing its importance to tribes in the region.

During the 2021 legislative session, Assemblywoman Cecelia Gonzalez (D-Las Vegas) sponsored a resolution sent to Congress that in part called for the establishment of the national monument. The bill was approved along party lines, with nine Republican lawmakers voting against it.