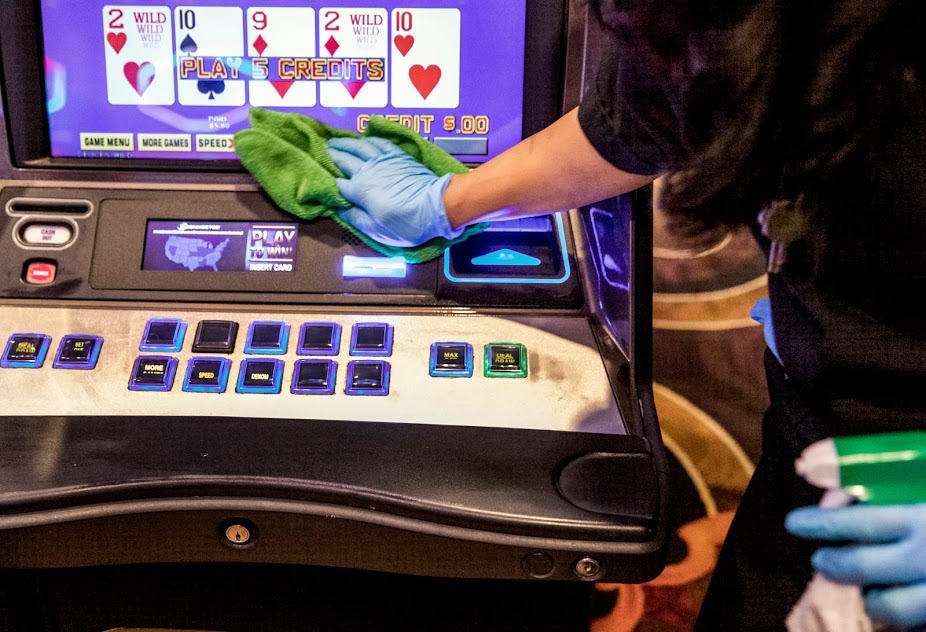 Lyon County became the latest rural county to declare an economic emergency and decline to enforce the governor’s COVID-19 directives on the basis that they hurt businesses.

The county of about 58,000 people joins the rural resistance along with White Pine, Elko and Eureka counties, which are less populous.

“It's very important the rural counties of our great state to be united with one message going forward,” said Lyon County Commissioner Ken Gray, who spearheaded the effort. “We must stand together as one to face the abuses of our civil liberties which have taken place and stop them from going any further. Instead of working with the local government of Nevada as he should, the governor has chosen to ignore them and their residents.”

The resolution on the matter was reviewed and passed at a special meeting Thursday morning. It will allow businesses to determine whether and how to implement certain practices as they see fit, and allow the sheriff and district attorney to use their discretion not to enforce or respond to complaints related to violations of Gov. Steve Sisolak’s emergency directives.

But the passage of this resolution does not authorize businesses or private citizens to cease following emergency directives or CDC recommended practices, a statement from Jeff Page, the county manager in Lyon County.

Nevada's COVID-19 response director, Caleb Cage, said during the state's regular COVID-19 update call with reporters on Friday, after the resolution had passed, that he is "disappointed" in the county's "political posture.”

Even though he said he understands that the commissioners have “a political constituency” that they're trying to fulfill by passing the resolution, he said it is "not helpful for protecting the community health and economy throughout the state."

“We're gonna keep working with the folks in the community who are willing to partner with us," Cage said.

In a joint statement, Attorney General Aaron Ford and Sisolak said the declarations encourage people to defy advice meant to keep people safe, and are non-binding.

"Resolutions like this are mere statements and nothing more. They have no force of law and cannot override the Governor's Emergency Directives, which have been issued under state law and upheld in courts several times," they said. "The Attorney General has spoken with counsel of various municipalities regarding actions such as these, and each counsel has acknowledged that these resolutions have no legal effect."

Cage said that the relationship between local and state governments remains positive, adding that Page has been a vocal advocate for applying necessary mitigation measures and has spoken on the record at the task force meetings about some of the political challenges in the county.

Lyon County commissioners decided to not include a statement requiring authorities to enforce all regulations put in order by the Lyon County Board of Public Health based on the argument that the sheriff and district attorney have sworn an oath to enforce and uphold the law and that point in the resolution would be redundant.

Commissioner Robert Jacobson raised the question of whether the resolution would give patrons the right to ignore businesses' requests for masks or social distancing, but Gray assured him that businesses have the right to refuse service.

The resolution draft also included a $50,000 “Economic Relief Fund” for businesses that have incurred fines, penalties, or legal fees related to the directives, but concerns about using taxpayer money prompted the commissioners to choose a non-county alternative, such as the crowdfunding site GoFundMe, to collect donations to pay businesses’ fines.

“I just want to point out that nowhere in this resolution are we asking anybody to throw their mask away, throw their hand sanitizer away, just open up their doors and act like COVID went away overnight… We're asking you to self govern, take responsibility for yourself,” Lyon County Commissioner Vida Keller said at the meeting. “Nowhere in this resolution are we asking anybody not to take this serious. What we are asking is that we can allow our businesses to get back to some normalcy and we can live our lives.”

According to the Nevada State Occupational Safety and Health Administration (OSHA)  dashboard, Lyon County businesses have passed 90 percent of the time that OSHA has inspected them.

Complaints about Lyon County businesses that were logged with OSHA in the past month include employees and patrons failing to comply with mask mandates, management allowing an employee to go back to work the same day after testing positive for COVID-19 and employers not providing cleaning supplies for a work space.

In December, White Pine County commissioners approved a resolution that declared an economic emergency and became the template for Lyon County’s resolution. It allowed the sheriff and district attorney to use their discretion not to enforce the directives and established a $50,000 county fund to pay the businesses’ fines.

Elko and Eureka County commissioners passed their own resolutions in January, both deeming all independently owned businesses essential and urging the governor to remove restrictions on businesses and discontinue OSHA inspections that might lead to businesses being fined.

The penalty for willful violations where an employer knowingly failed to comply with OSHA standards is a minimum of $9,639 and a maximum of $136,532. The agency said it still has a duty to enforce safety standards.

“Nevada law requires employers to maintain a workplace free of recognized hazards,” a Nevada OSHA spokesperson said in a statement. “OSHA has a legal obligation to conduct an investigation of these incidents when notified by the employer, employee or third party. The agency will take all available legal steps necessary in order to carry out its statutory duties.”

Sisolak’s spokesperson, Meghin Delaney, said in an emailed statement Friday that the governor shares the same “urgent desire” to overcome the pandemic and return to a sense of normalcy but discourages the resolutions passed.

“Local jurisdictions cannot override the Governor's Emergency Directives and by passing these resolutions, they are creating more confusion and headache for Nevada's businesses, who have shown grit and perseverance in the face of this pandemic,” the statement said.