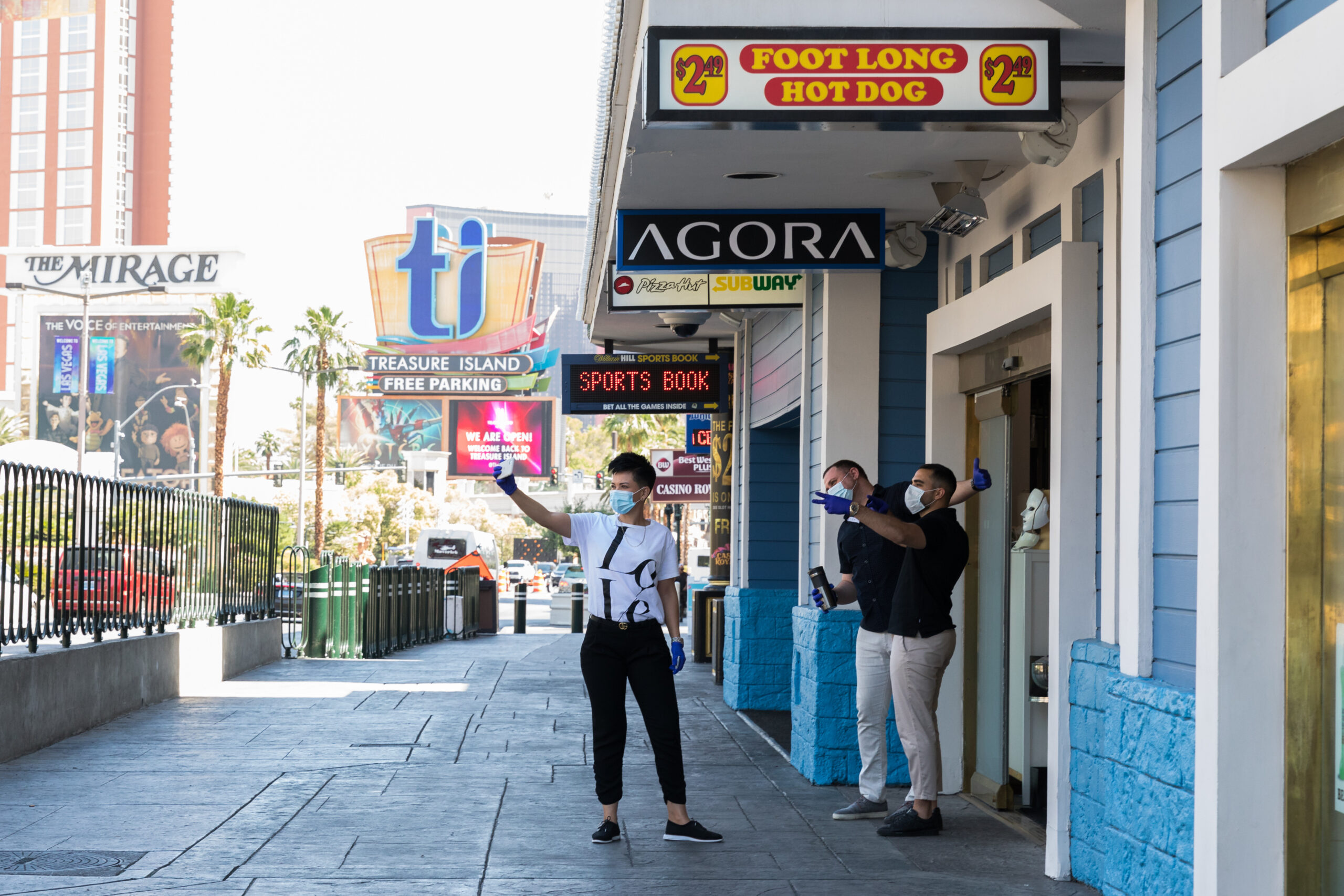 Nevada’s sky-high unemployment rate ticked down in May as some businesses were allowed to reopen, although it still registered at a staggering 25.3 percent.

The rate, announced Wednesday by the Nevada Department of Employment, Training and Rehabilitation (DETR), is down almost 3 percentage points from the seasonally adjusted April number, which was 28.2 percent. That was the highest rate for any state in any month since modern recordkeeping began in 1976.

“While we have begun to recover from April’s lows, this report still describes a labor market affected by widespread business closure,” said David Schmidt, chief economist at DETR. “While we expect to see improvement in the months ahead, we are still facing a situation unlike anything the state has ever seen.”

The reporting period ending May 12 captures relaxed restrictions on dine-in restaurants, retail stores, barber shops and hair salons, all of which were able to reopen at limited capacity on May 9. Officials noted that the state job count was up 32,700 month-over-month, including adding 16,800 jobs in the accommodation and food services category.

The employment level is down 245,300 jobs compared to the same time last year, which means job growth is at negative 17.3 percent.

The unemployment rate in Nevada in May is far higher than the national, seasonally adjusted rate of 13.3 percent.

“Last month, we saw that Nevada was the hardest-hit state in the nation and May’s data continues this theme,” Schmidt said.

But the state is adding jobs back at a rate of 2.9 percent month-over-month, faster than the national rate for that period of 1.9 percent.

“Although the job gain is the largest we have seen, this represents only 12.8 percent of the 254,600 of the jobs lost in the current downturn,” said a DETR report released Wednesday.

Schmidt told members of the Economic Forum last week that it’s unclear where the unemployment rate will land in the June report, which will capture the broader business reopenings that took place in late May and casino reopenings that began in early June, but he doesn’t expect it will return to the pre-pandemic level of 3.6 percent.

DETR’s report notes that unlike the Great Depression, which came after many years of slow growth, and the Great Recession, triggered by multiple economic factors, the current slowdown is the result of a policy decision aimed at protecting residents’ health. It also came on the heels of 107 straight months — nearly nine years — of job growth.

“As this is primarily a policy driven decision and not the result of an underlining trend in economic activity, job losses have occurred far more rapidly than previous recessions,” the report said. “It also means that a portion of the job losses are likely to be short term, with many people returning to work as the State can reopen.”