Meet the ‘Coin Artist:’ On the shadowy trail of Angelina Lazar 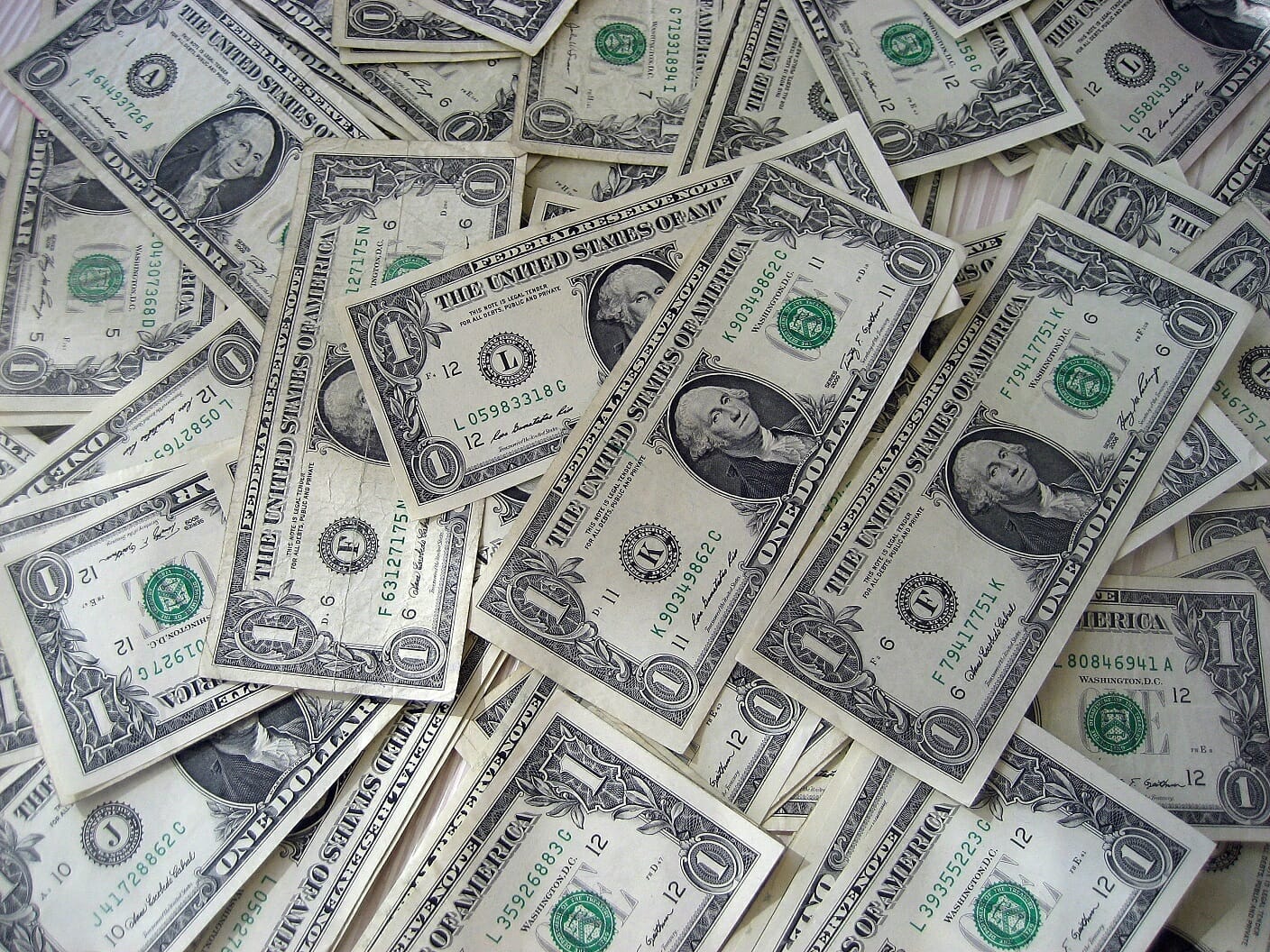 Las Vegas has always been a crossroad for dreamers and schemers, alchemists and gold diggers, so perhaps it was inevitable that Angelina Lazar would take up residence here.

How she wound up recently in a federal courtroom in the Eastern District of Virginia only adds to the intrigue.

The former head of an elusive Las Vegas-based international investment concern called Charismatic Exchange, Inc. is scheduled to appear Monday in Alexandria before U.S. District Judge Liam O’Grady as part of a plea agreement in connection with a once-lucrative Ponzi fraud scheme that took place from May 2005 to February 2007. Lazar was indicted in April 2009 on four counts of wire fraud.

She solicited many thousands of dollars in investments from individuals throughout the country under the pretense that she would engage in foreign currency trading for their benefit, according to the indictment. In reality, “she had no intention to use their funds for currency trading and in fact used the funds for personal or miscellaneous office expenses or to pay off earlier investors.” At least one of her many victims was a Virginia resident.

She promised “20 percent or more” investment returns and claimed that she possessed a “special software program that greatly enhanced her ability to successfully trade foreign currencies. In reality, she used a demonstration copy of the software “which reflected simulated trades, as opposed to actual trades.”

At times, the indictment alleges, she’d place long-distance calls to conduct business with “Alfonzo the banker” with the end result being a confirmation of a successful “foreign currency trade” and wire transfer of funds. It was all for the benefit of new investors.

Her Ponzi began to unravel nearly a decade ago, but a trail of Internet posts and appearances places Lazar in some decidedly eclectic company. In an online world riddled with fake news and dark rabbit holes, much of Lazar’s most provocative information is difficult to vet. Her apparent ability to access the heavily shadowed world of cryptocurrency exchange, some of which investigators believe is itself little more than a next-generation Ponzi scheme, could conceivably make her a valuable asset for any law enforcement agency interested in gaining a better understanding of everything from computer hacking to paying off businessmen and politicians in computer coin exchanges.

That is, of course, if anyone found a way to verify her information.

Who is Angelina Lazar?

Although her Internet presence makes her appear a woman of the world, court documents list her as a Canadian citizen. When she tried to return to the U.S. through the Detroit Canada Tunnel, border law enforcement on Feb. 8 detained her on an outstanding warrant in connection with the fraud investigation.

When apprehended Lazar possessed two Social Security cards, including one issued in Minnesota in the name of “Angela Dragicevic.”

“There is no legitimate reason for the defendant to have two different social security numbers,” Assistant U.S. Attorney Uzo E. Asonye argued recently during a successful attempt to keep Lazar in jail before trial. “Moreover, the defendant has provided shifting accounts as to why she entered the United States. At times, she has stated that she was not aware of the outstanding charges while at others she indicated that she knew about the federal grand jury investigation.”

During Lazar’s detention hearing, her attorney told the court she had returned to to Michigan to engage in “missionary work” in the Troy area. The judge was unmoved.

Two days after being stopped at the Canadian border, she was on her way to Alexandria.

A decade earlier, Lazar made a name for herself in Las Vegas as a friendly and supremely confident investment adviser. She also maintained a presence in Chicago, where she was associated with an office on the 22nd floor of 30 South Wacker Drive. The State of Illinois Securities Department eventually filed a prohibition against Lazar, alleging fraud and the sale of unlicensed securities. Lazar had taken out advertising in Chicagoland publications promising 20 percent returns and essentially no risk.

One of the sales pitches enthused, “I look forward to personally working with you in our mutually lucrative business endeavor. Please feel free to call or email me as the need arises. I take great pride in letting my clients know that they are most liquid with Charismatic Exchange, Inc. while being afforded the most lucrative returns. This gives my clients a great peace of mind to know that they can gain access to their funds without any penalty while lending Charismatic Exchange, Inc the image we have earned of perfecting our work and being fair, gracious and generous.”

She was even smoother in mass mailings to clients who grew suspicious they were not only being stiffed on those promised returns, but weren’t getting a refund, either.

“I can only be truthful,” she wrote in one missive, “and tell you where we are at. I work diligently to arrive at our payouts. God has never let me down and I don’t plan on letting you down. In fact, I am sure that God is blessing me so with the results I cannot speak of now as a result of my taking care of you as I should. I know you cannot see that now, and that is alright. I promise you will. You will ...”

By the time Illinois authorities slapped her with a sanction, she was spending most of her time in Las Vegas, where Charismatic listed business offices addresses at 2620 Regatta Drive, 8635 West Sahara Ave., 7469 West Lake Mead Blvd., and 3960 Howard Hughes Parkway. The Nevada Secretary of State’s corporate identity search lists her as president, director, secretary and treasurer of Charismatic Exchange, status now revoked.

According to a press release dated in December 2005, Lazar touted herself as the “esteemed Community Mayor of Las Vegas” who “has received the honor of being invited onto the Presidential Business Commission for President George W. Bush.” Her selection was made, the release said, “because of her outstanding contribution as Honorary Chairman of the Business Advisory Council for the State of Nevada, a position she continues to hold.”

She not only listed status with the “prestigious Nevada Development Authority” but was a “former member of the Russian State Duma (Parliamentary Geopolitical Committee) and a winner of many awards, including “the Ronald Reagan Gold Medal for Entrepreneurship.”

All that at a time she was confidently collecting investments of $20,000 or more in a scheme that promised rolling 20-percent returns.

A 2006 press release placed her in the company of U.S. House members as part of the Republican National Congressional Committee’s Business Advisory Council. She held herself out as an expert in the foreign exchange market and as an “Opinions Leader and Peacemaker in transitional economies and post-communist countries like Russia, the Commonwealth of Independent States, and the former Yugoslavia,” the missive states. “Ms. Lazar has an inside track, and unique industry and cultural access, which enables Charismatic Exchange to transcend bureaucratic bottlenecks abroad more easily; thereby, accessing Central Banks and the highest levels of government more readily.”

Reading such a generous appraisal, a potential Charismatic Exchange investor couldn’t help but be impressed. That is, if the information was worth the screen space it was printed on.

Lazar left the U.S. in 2006, but in time turned up in such far-flung places as Serbia and Dubai. She managed to evade authorities while simultaneously maintaining an Internet persona as a specialist in the cyber-based cryptocurrency exchange market, whose best known entity is Bitcoin. But there are many less known, but immensely lucrative exchanges -- some of which are known to be used by foreign governments and organized crime groups to mask money movement and make payoffs to corrupt government officials.

Sure enough, on the website cointelegraph.com Lazar calls herself a “rogue economist” and writes a multi-part attack on a cryptocurrency outfit called OneCoin, whose founder she accuses of bribing Bulgarian and Serbian officials. The veracity of any claim made by an accused con artist on the lam notwithstanding, it gets weirder from there.

There are web photos of Lazar at conferences and posing with at least one foreign dignitary. A cursory review of her Internet presence would lead a person to believe she was well-traveled, well-liked and well-connected.

Earlier this year, as Lazar fought her detention, prosecutor Asonye guided the portrait of the defendant back toward a realistic light.

“Lazar has not returned any funds to investors since at least 2007 despite having admittedly travelled around the globe,” Asonye wrote. “In fact, during her interview with FBI agents on February 8, 2017, Lazar confessed that she still owed investors’ money, although she falsely stated that she had paid back 80 percent to investors. During the same interview, regarding her current involvement in cryptocurrency, Lazar stated that “crypto currency is like owning your own bank; it’s like having your own bank in your back pocket.”

Although she once bragged about her contacts in Congress, the government contends Lazar closest associates appear foreign, establishing ties the prosecutor called “significant.” Whatever her contacts may be, she’s still considered a con artist in the U.S. Her shadowy history of deception caused one federal magistrate to remark that Lazar had an “utter lack of credibility.”

Now that the legal hammer is dropping in Virginia, Angelina Lazar may have one last story to tell to authorities.

But if she does, who would believe her?