Milestone gaming totals reached in February without much Strip help 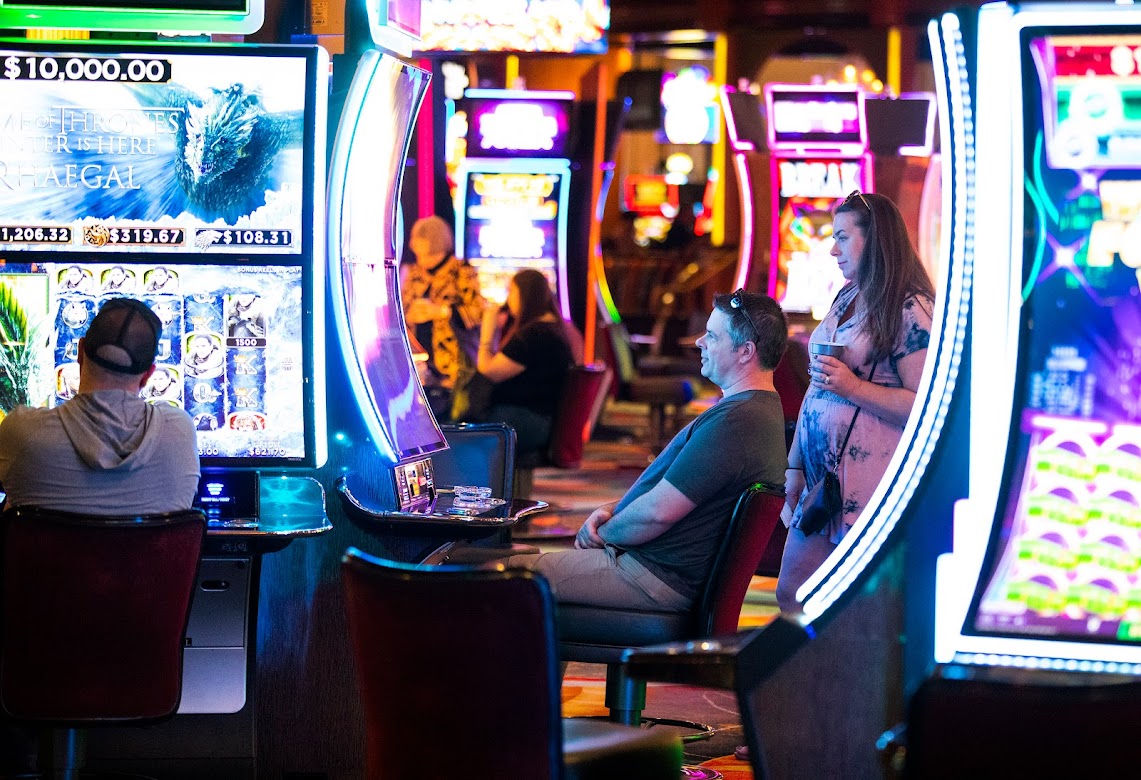 With the Omicron variant quieting the normally busy Chinese New Year’s celebration on the Strip, casinos statewide still produced more than $1.1 billion in gaming revenue during February, eclipsing the month’s previous record of $1.07 billion set in 2013.

Still, the Strip’s February revenue total was the region’s third-highest ever for the month and was up 1.2 percent from the pre-pandemic figure in February 2019.

“For the state to set an all-time win total for the month and the Strip to record its third-highest win total all-time in February without a strong Chinese New Year illustrates the strength we are seeing from locals, domestic customers and leisure travelers,” Gaming Control Board Senior Economic Analyst Michael Lawton said.

The state’s February figure was 44 percent higher than the total recorded a year ago, when casinos were still operating under COVID-19 capacity limitations that had been in place since casinos reopened on June 4, 2020, following a 78-day shutdown.

The $1 billion per month revenue total for the state began in March 2021, after the state eased many of the pandemic-related restrictions.

Lawton said it was unclear whether $1 billion per month in gaming revenue is the new normal for Nevada, even though there is optimism that the level of gaming activity will continue.

The year-over-year comparisons will be more difficult, as monthly records were broken over the past 12 months. He suggested the state’s gaming industry could still see some fallout from rising gasoline prices and the conflict in Ukraine disrupting international travel.

“There are a great deal of macro-economic and geopolitical events that are happening in real-time which are concerning, and it is unknown how it could impact the trends we have been witnessing for the past year,” Lawton said.

Lawton said the Strip’s strong event calendar, which included “an active” entertainment line-up and sporting events that included the NHL All-Star Game, the NFL Pro Bowl, as well the return of the “traditional Super Bowl party atmosphere,” led to what possibly was “the strongest event calendar I have seen in my 12 years analyzing gaming win in the state.”

Even with a more subdued celebration, the combined January-February gaming total of almost $2.19 billion topped the previous record of $2.17 billion set in 2007.

According to the control board, gaming taxes collected during March on February’s revenues were $58.8 million. For the first nine months of the fiscal year, gaming tax collections are up 35.4 percent from a year ago.

The Strip drew more than 2.6 million visitors during February, despite lingering effects of the Omicron variant.

The Las Vegas Convention and Visitors Authority said hotel occupancy reached 69.3 percent during the month, which included 87.5 percent occupancy on weekends. LVCVA Vice President of Research Kevin Bagger said midweek occupancy is still dependent on a recovery in the convention and meeting segment but did reach 60.7 percent in February.

Macquarie Securities gaming analyst Chad Beynon told investors in a research note that Strip executives, including those from MGM Resorts International and Caesars Entertainment, were optimistic concerning visitation even as gasoline prices were rising.

Sports betting down from previous months

Nevada’s sportsbooks took in $781 million in wagers during February, snapping four straight months of $1 billion in total bets. Still, the figure was a record total for February.

The Super Bowl supplied an all-time record of $179.8 million in wagers to the total.

Meanwhile, sportsbooks added $30.9 million of the total wagers, which was a decline of 2.9 percent from a year ago.

Mobile sports betting accounted for 65.7 percent of the month’s total.

Passenger travel into Harry Reid International Airport during February grew slightly over January, with a resurgence in international travel helping the airport hit the single-month 100,000 international passenger mark for the first time in two years.

The 3.3 million passengers was slightly greater than the 3.1 million flyers the airport saw in January, according to figures released by the airport. The total was also a 107 percent increase from February 2021, which was the last month before many COVID-19 restrictions were lifted in Southern Nevada.

International flights to and from five countries accounted for 100,233 passengers during February.

On Monday, Reid Airport said international travel was resuming with 16 air carriers covering 17 international destinations. Prior to the pandemic, the destination had direct service to and from 11 countries, averaging more than 316,000 passengers per month.