Misplaced focus and bureaucratic inertia – Are schools really a priority in Reno? 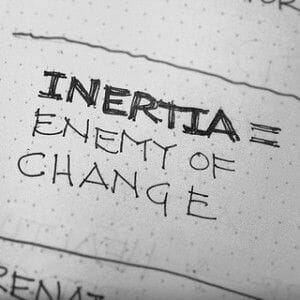 On January 11, my wife and I attended a Reno City Council meeting in order to provide public comment in support of Doral Academy, a proposed K-8 charter school in our neighborhood. The funding was in place, the engineering was done, and the need for more public elementary and middle schools in our area is beyond dispute. All that was needed was site plan approval from the City Council, and we’d have an arts- and STEM-focused public school my kids could walk to just blocks from my own home.

The site plan had been previously denied by city planning staff because of traffic concerns. (A few neighbors aren’t keen on the idea that our growing neighborhood will have even more people using it, and objected.) Pursuant to procedure, the matter was on appeal to the council itself. In the meantime, the engineers designed fixes to the expected increase in traffic, which they had been told would alleviate the City’s worries. They confidently told me before the meeting that city codes had been met without variance, and that the traffic circle they’d designed with the help of City staff had earned the highest possible service efficiency rating traffic experts use. They clearly expected approval.

In spite of the Senior City Planner testifying on the record that the proposed traffic fixes met their standards, the planning staff still – to the obvious surprise and frustration of the Doral folks – recommended against approval. Why? They didn’t feel there were enough bicycle lanes, in spite of there being no legal requirement for such lanes (nor do they exist at any other comparable school in town, save one). As for vehicle flow, it was agreed the traffic circle was great when school was in session, but since it wasn’t needed during non-student pickup hours and would cause a minor inconvenience at those times, well, it was better just to not have a school at all.

Mind you, the school in which my kids -- and other kids in our immediate neighborhood -- are currently enrolled is too far away to walk or bike to, and the sole access road they’d have to cross if they did is mainly used by large trucks driving in and out of a rock quarry. The school is also nearing 150 percent of its designed student capacity, and growing.

There is no such thing as a neighborhood school with zero impact on the neighbors, but under-educated kids in over-crowded schools doesn’t exactly raise property values either. Even with new education taxes approved last year, Washoe County can’t build regular schools fast enough to meet demand.

Every single person on that council campaigned as a problem-solver. But only Mayor Hillary Schieve and Councilwoman Neoma Jardon seemed willing to actually drive planners toward a solution. Councilwoman Jenny Brekhus, announcing that her mission was “preservation of neighborhoods” (we live in a barely decade-old tract development, not a gentrified historic district) and obviously proud to have found an answer to a question no one was asking, fretted that the Reno Police Department couldn’t handle the volume of calls second-graders apparently generate.

Councilman Paul McKenzie, whose grandkids go to private schools, complained there wasn’t enough parking. When reminded the site was actually at their legal upper limit for regular parking spaces, but had hundreds more hidden underneath playground space for special events, he complained (without evidence) that all those extra parked cars would constitute some sort of hazard.

Councilman David Bobzien worried that more “odious” businesses may move in if they aren’t picky about traffic now (residential zoning allows schools, but not Madam Tabitha’s Toys & Water Pipes). Councilwoman Naomi Duerr, the only member to respond when I reached out for comment, used a lot of words to say nothing of substance at all, but at the meeting announced she “just couldn’t get there” based on what had been presented by the bureaucrats.

Councilman Oscar Delgado spoke airily of the importance of bicycle lanes, like in Chicago and Detroit.

All of them claimed to want the school in Reno, and I don’t even doubt they meant it.  Policymakers can never perfectly balance their many competing public interests. But when those policymakers focus inordinately on the Perfect to the detriment of the Good, it starts looking like an excuse not to build a school. One may even suspect that education in my community is something politicians prioritize on campaign mailers more than in actual practice.

I don’t know if this is just the inertia government bureaucracies always tend to engender, a leftover habit of historic neglect for Nevada schools, or quiet philosophical opposition to any sort of school choice. Either way, real families will continue to suffer from inadequate facilities and unwieldy multi-track schedules.

Worse, this is exactly the sort of thing that erodes faith in government institutions as a whole. If the council -- already battered from public reports of dysfunction from independent investigators -- can’t approve a ready-made, code-compliant elementary school in suburbia, what can they get done? If other Reno businesses learn that “following the law” isn’t enough when getting permits to build, and that they could lose thousands of dollars spent planning and re-planning projects according to the whims of politicians, why would they risk investing in Reno at all?

Fortunately, only Jenny Brekhus wanted to kill the school outright with a final denial. The rest of the council agreed to continue the hearing to January 25th for further consideration, where a final decision will be made. I hope that when they meet again, the kids in my neighborhood and beyond wind up with education solutions rather than “rescue” from inadequate bike lanes to a school that doesn’t exist.

Orrin was a political columnist for the Reno Gazette-Journal in 2015 and 2016. He has appeared as a guest commentator on Nevada radio and television programs including Nevada Newsmakers and The Travis Christiansen Show. He began blogging in 2005 for his law school’s Federalist Society chapter and in 2007 started his own blog, First Principles.