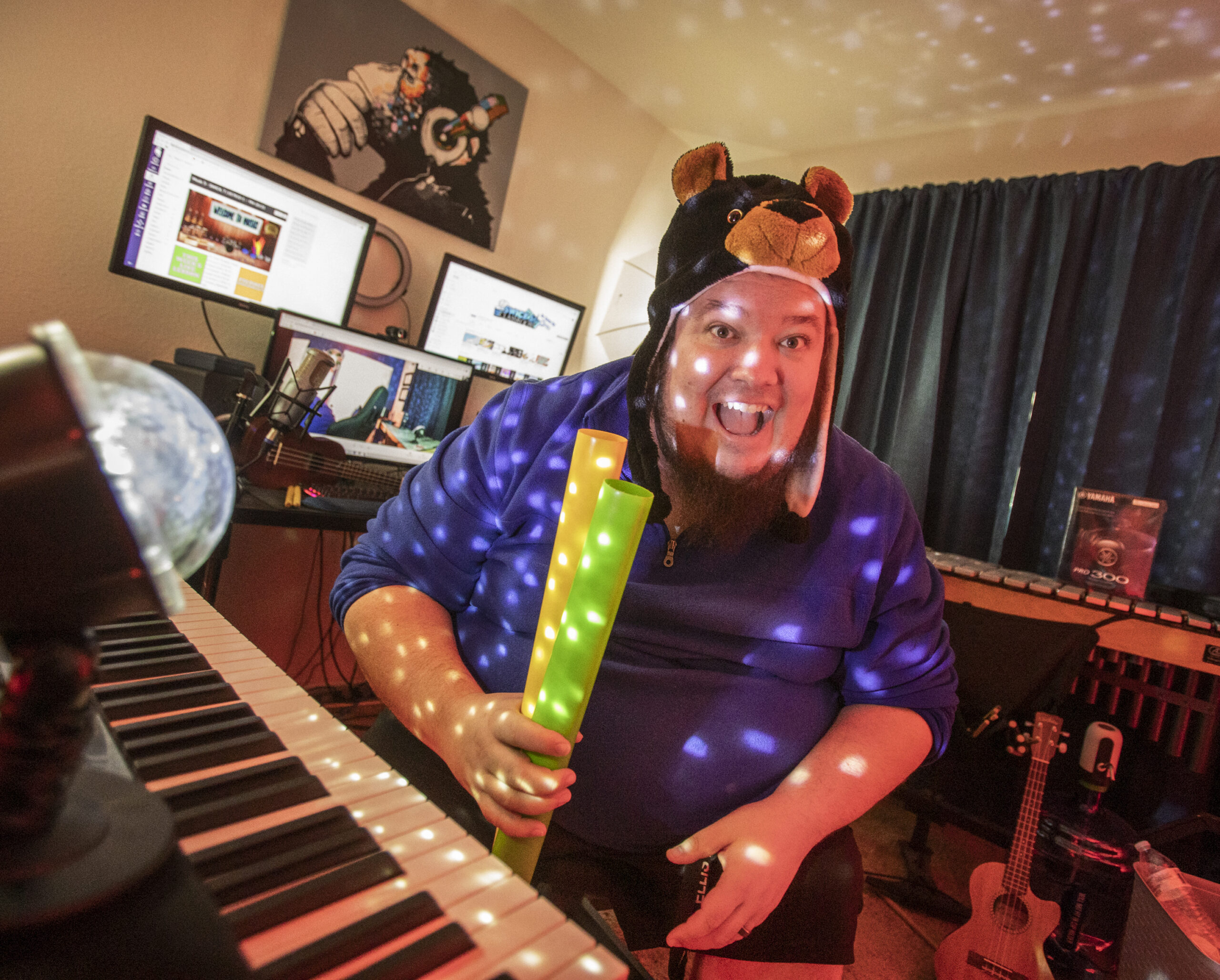 Tyler Swick doesn’t consider himself a news junkie in any sense.

He doesn’t watch much television, subscribe to a newspaper or regularly read news online. The way he looks at it, there’s a “real treasure” in not paying attention to the doom and gloom that often makes headlines. So in mid-March, most of what he knew about the emerging health threat known as COVID-19 was gleaned from tidbits his parents shared.

When chatter about a possible closure filled the hallways at Ellis Elementary School, where he works as a music teacher, Swick figured it would be short-lived, if it happened at all. It was Friday, March 13.

“I’m waving to the kids and I’m jokingly saying, ‘See you next year!’” he said.

The comment proved prophetic. Gov. Steve Sisolak issued an order closing schools statewide starting March 16 and, in the Clark County School District, students have remained in virtual-education mode. The darkened brick-and-mortar classrooms have been a national flashpoint this year, as educators, parents, politicians, scholars and scientists bicker over the reopening question.

But for teachers like Swick, all of that is background noise. He still has a job to do, albeit with a different delivery model.

“I've had kids leaving music class sweating, and I go, ‘Yeah, that's the goal,’” said Swick, who fundraised $20,000 to buy xylophones and steel drums for his classroom. “So pre-COVID, it was hands-on instruments. And if there's a storyline here it’s definitely that music without instruments for me is — I mean, it wasn't possible.”

In the spring, specialists — music, art, library and physical education teachers — served a largely supporting role as schools raced to bridge the digital divide and provide instruction for core subjects, Swick said. As weeks turned into months, it became more clear that remote learning might extend into the 2020-2021 school year.

By July, Swick joined other teachers for Zoom parties, where they nervously watched hours-long school board meetings. Would they or wouldn’t they be going back to physical classrooms in August?

Before teachers even received that answer — which, in Clark County, was no — Swick said he put on his thinking cap. This was a battle to save specials, those electives that give students a chance to burn off energy and be creative. Sure, suggesting ideas may add some job security. He had heard about music, art and physical education teachers being laid off in other parts of the country. But the 32-year-old considered it a mission to keep students engaged.

“I always thought specials were what save kids from hating school,” he said. “That’s why I’m a specialist. If I didn’t have that mentality, I should be another teacher.”

Swick ramped up production of video music lessons, something he had done from time to time pre-pandemic. He collaborated with a dance instructor, aiming to make the virtual lessons compelling enough to capture children’s attention. Before school even started in August, Swick had several produced videos in the queue — his YouTube page, which has racked up nearly 3,000 subscribers.

In his signature, fast-talking style, he greets students to online music class. This won’t be a stationary assignment.

“Stand in a place where you’re not going to step on anything,” he instructs his students in one video. “Don’t step on a toy. Don’t step on your parent’s favorite kid — you know, just make sure that you have a space to dance for this music lesson.”

But what’s a music class without instruments? Using money he won after receiving an education award, Swick purchased an egg shaker, pair of drumsticks and juggling scarves for each first- through fifth-grade student to use at home. No chopsticks or cardboard paper towel rolls fashioned into makeshift musical tools.

In the absence of educational normalcy, Swick said he wanted “a touch of realism.”

Over the course of the semester, he had to scale back some ambitions. Producing the polished video lessons — planning, recording and editing — could take several weeks, eating into time with his wife and 2-year-old child. The work-life balance, he said, wasn’t sustainable. Now, he teaches live online and has a bare-bones recorded version for any students who miss the virtual class.

Still, Swick said he considers remote music class more effective than anything that could be done in person right now. His mind wanders to the obstacles returning amid the pandemic would create: How would he teach music if kids cannot sing or share xylophones and steel drums?

“Right now, they all have their own drumsticks and they can bang on whatever they want in their house,” he said. “And if we go back, I cannot provide them something they touch and then give it to the next class.”

Even if a hybrid learning model emerges, bringing students back for core subjects, Swick hopes they can continue moving and grooving at home. Anything else, he worries, might just deflate their enthusiasm for music class.