Nevada charitable groups, search and rescue team among those pouring into hurricane-stricken Texas 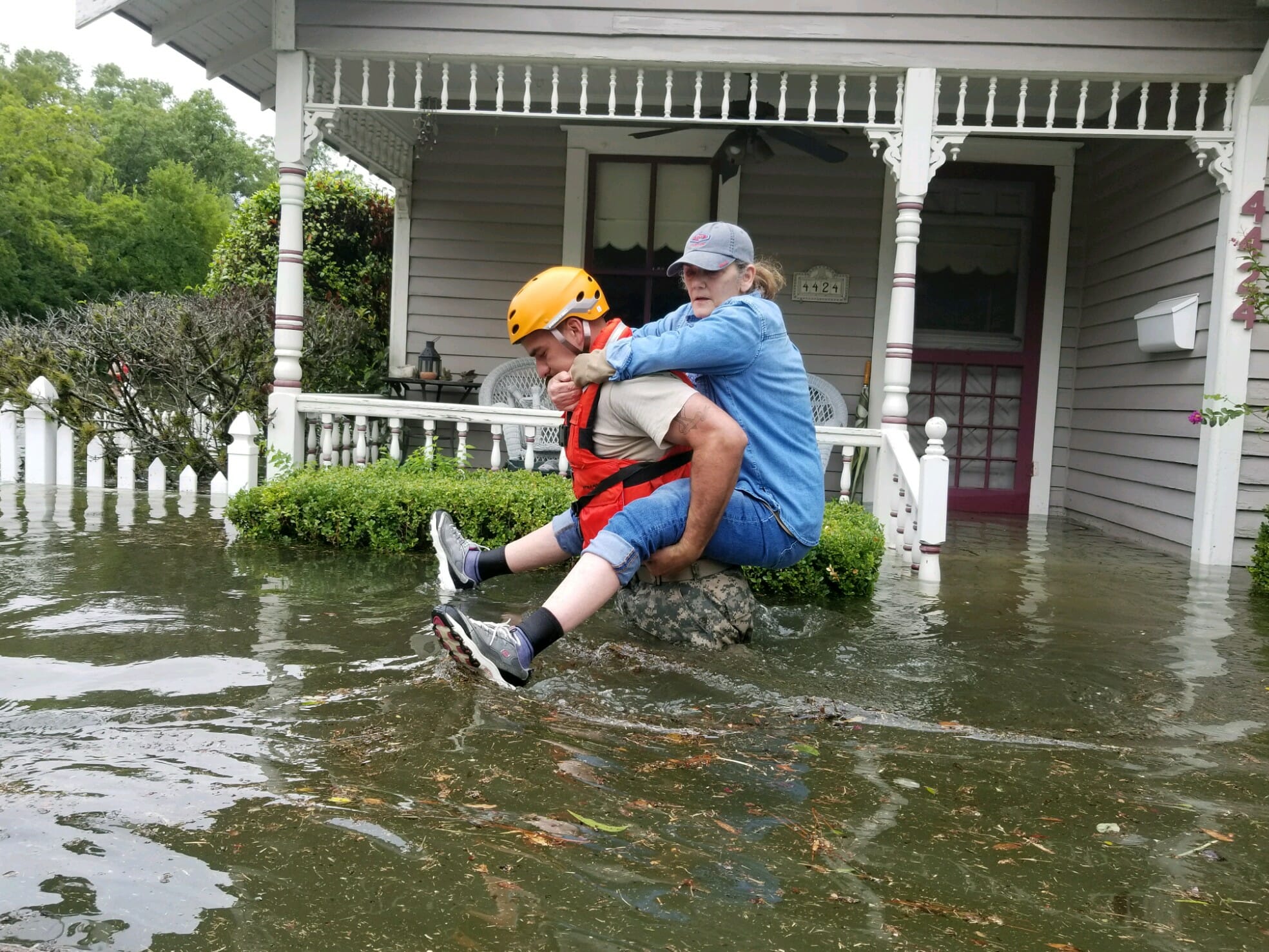 As floodwaters rise along the Texas coast, endangering lives and damaging buildings, Nevada residents are mobilizing to provide relief efforts in the hurricane-stricken region.

The Silver State’s call to action began Friday — the day massive Hurricane Harvey rolled ashore — when the American Red Cross chapter in Southern Nevada was the first Nevada organization to deploy a group to the gulf area of Texas. While state government officials await formal requests for assistance, charitable organizations throughout Nevada have begun sending people and resources to the flooded zone.

More than 25 people from Nevada and Utah have traveled to the natural-disaster area, including nine Southern Nevada residents, said Gladys Colon, executive director of the organization’s Southern Nevada chapter. Those deployed will be assisting for two weeks in a variety of capacities, including with shelter, transportation, food and mental-health services.

“Right now we are trying to deploy everybody that is willing to go for two weeks,” Colon said, adding that volunteers must be certified. “That number will definitely increase in the next week.”

The storm grew to a Category 4 hurricane with winds reaching upwards of 130 miles per hour before making landfall late Friday northeast of Corpus Christi, TX. It has battered communities in southeastern Texas and in Louisiana throughout the weekend, with devastating flooding and several feet of rain still expected to fall this week.

The National Weather Service in a tweet called the storm “unprecedented & all impacts are unknown & beyond anything experienced.” Thirty inches of rain have fallen on parts of Texas, with at least 8 people dead and more than 30,000 expected to seek temporary shelter.

The result: A flood of relief arriving in the form of people and supplies.

Eighteen members of an urban search and rescue team — consisting of Clark County Fire Department members, other local firefighters and private volunteers — deployed to Texas on Sunday, including a 14-person team specializing in swift-water rescues. The team, which is funded by a FEMA grant, was formerly deployed to assist with rescue efforts following hurricanes Katrina, Ike and Gustav, according to the Las Vegas Review-Journal.

Gov. Brian Sandoval’s office said in a statement that the state Division of Emergency Management was in communication with FEMA and that Nevada is standing by in case assistance is needed.

“The State of Nevada stands ready and willing to assist in disaster relief as we have during times of crisis including Hurricane Katrina and the Oroville Dam breach,” Sandoval said in an emailed statement.

Lt. Col. Mickey Kirschenbaum, a public affairs officer with the Nevada National Guard, said on Tuesday that the state Guard planned to send a CH-47 Chinook helicopter loaded with crew and supplies to help with disaster relief efforts.

Getting to the affected region, however, is proving to be a challenge. Aviation officials said Monday that Houston Bush Intercontinental Airport has suspended operations indefinitely, aside from humanitarian aid-related flights. Photos show water covering roads near the airport.

Maj. Michael Paugh, a corps officer for the Salvation Army Southern Nevada, said he was on standby for deployment, along with some other people from Nevada, as of Monday morning.

“The issue right now is there is no way to get there,” he said. “We can get close to it driving, but how do we get into it?”

Salvation Army officials issued a news release Monday afternoon listing some of their relief efforts, such as deploying mobile and field kitchens to the area, staging emergency supplies in various parts of Texas, preparing to send units to the region and working closely with state and national officials to coordinate activities.

Deacon Tom Roberts, who serves as the nonprofit’s CEO and president, said he has been in touch with Catholic Charities USA, the sister organization that coordinates efforts during disasters like this. Given the ongoing storm, a lot of unknowns remain, including how best to provide help.

“They’re in our prayers and our thoughts, and we’re standing by to help in any way we can,” he said.

Zanny Marsh, the executive director of the American Red Cross chapter in Northern Nevada, said her organization had already sent four volunteers from the Reno area, a paid staffer and an emergency response vehicle to Houston, with another dozen heading to Texas later this week.

She said the first wave of volunteers, who are asked to stay for a minimum of two weeks, mostly will work in evacuation shelters or with displaced families.

“Being able to have a place for families to go, to get them out of rising water is our very first priority,” she said “It’s an important task given how much of this area has just been devastated.”

For other community members wanting to help, Colon suggested becoming an American Red Cross volunteer or donating money rather than physical items that can be time-consuming to sort and handle. Plus, it’s unclear exactly what supplies are needed the most, she said.

Because some people have headed to Texas, the American Red Cross needs volunteers who can remain in state and respond to emergencies, Colon said. The organization assists at house fires about every 15 hours in Southern Nevada.

Colon said she’s heartened by the outpouring of calls the organization already has fielded from people inquiring how to help. She’s thankful considering the enormity of the destruction this storm has created in Texas.

This story was updated on Aug. 30 to include more information about the Nevada National Guard's efforts to send a CH-47 Chinook helicopter to assist with rescue operations.