Nevada correctional officers file to collectively bargain, first group of state workers to do so after 2019 law 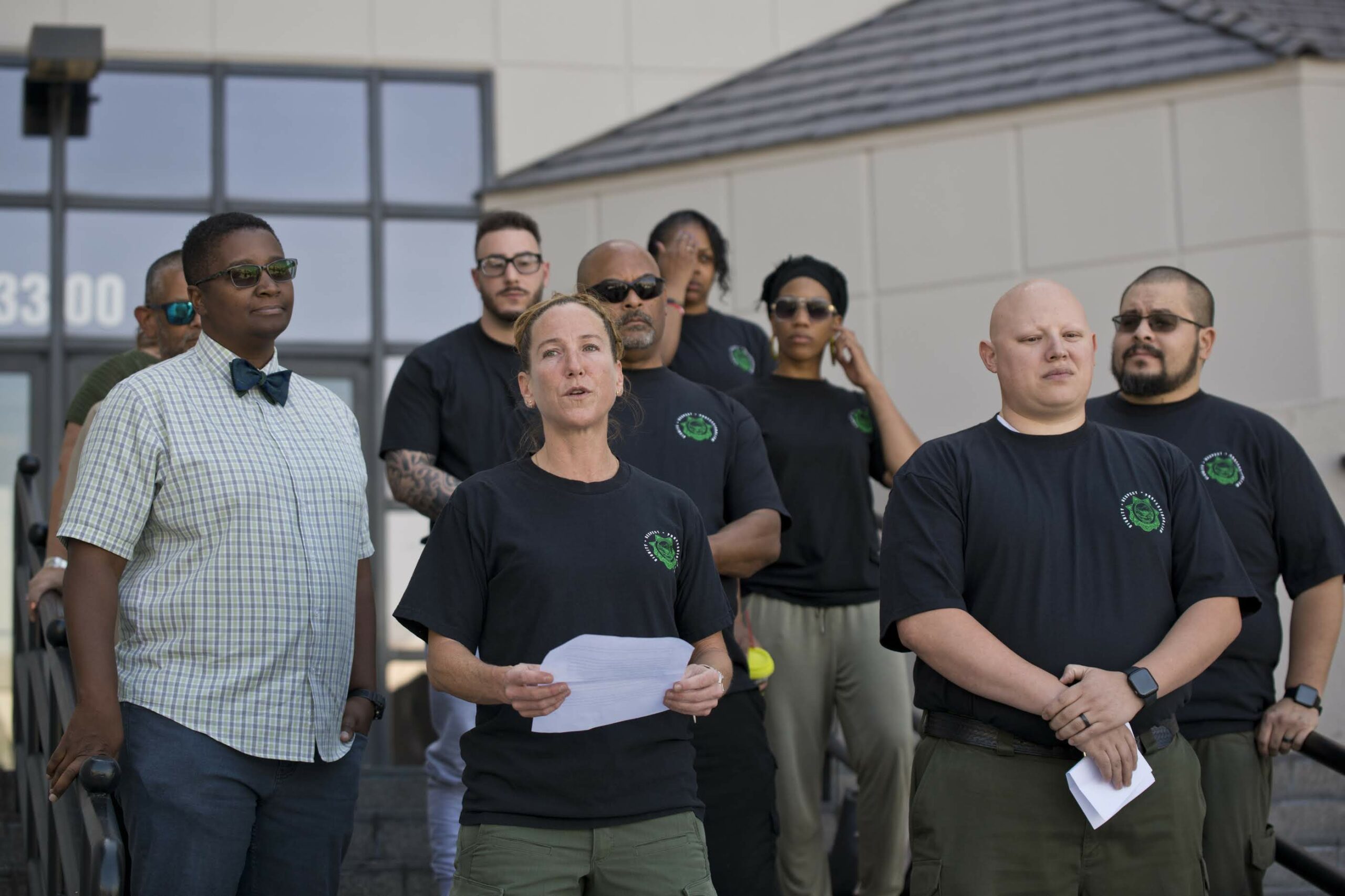 State workers employed at correctional facilities have become the first group of state employees to file for recognition as a collective bargaining unit under a 2019 state law that will allow up to 20,000 workers to collectively bargain for wages and other employee benefits.

Correctional officers plan to announce filing for recognition as a unit of the American Federation of State, County and Municipal Employees (AFSCME) union on Friday with the state’s Government Employee-Management Relations Board, just two months after Gov. Steve Sisolak signed legislation giving state employees the right to collectively bargain.

Filing for recognition is just the first step in the process of allowing state workers to collectively bargain — a decades long-effort by organized labor groups and allies that could have major effects on both the state budget and the livelihood of tens of thousands of state workers. According to the left-leaning Economic Policy Institute, state government workers in Nevada are paid less than their private-sector counterparts when adjusted for educational attainment.

Shari Kassebaum, a correctional sergeant with the state and president of the new bargaining unit, said she was convinced that the move toward collective bargaining would improve retention and morale among state correctional officers.

Under the legislation, which was revived and passed out on party-lines in the final few days of the legislative session, up to 11 separate bargaining units of different classes of state employees are allowed to form unions and negotiate with the state for salary and other specified benefits beginning in 2021. Those employee units include:

Notably, a last-minute amendment adopted into the law gives the governor the ability to essentially disregard the negotiated salary increases in the state budget if it is deemed “appropriate.”

Kassebaum said she wasn’t necessarily concerned about that provision, and wanted to focus first on organizing and showing the governor that state-employed correctional officers often made less than their law enforcement counterparts in the Las Vegas Metropolitan Police Department and other police agencies.

“Hopefully, in the future, he’s willing to negotiate,” she said. “I’m not worried about right now.”

State employees who collectively bargain will also not have the power to negotiate over health insurance; that remains the purview of the Public Employees Benefits Program (PEBP). The state is not required to abide by union contracts on PERS retirement contributions or things such as mandatory staffing ratios.

Passage of the bill was a major win for organized labor in Nevada — lawmakers had regularly filed bills to extend collective bargaining rights to state workers since the 1970s, but had regularly been defeated outside of two bills approved by the Legislature but vetoed by the governor in 1991 and 2009.

But the tides changed Sisolak — boosted in his 2018 campaign by more than $3.7 million in spending from an AFSCME political action committee — who promised to extend collective bargaining rights to state workers on the campaign trail and after the election.

According to the federal Bureau of Labor Statistics, the percentage of Nevada workers represented by a union has slightly dipped over the last ten years (from 18.2 percent in 2008 to 15.7 percent in 2018), but still remains above the national average.