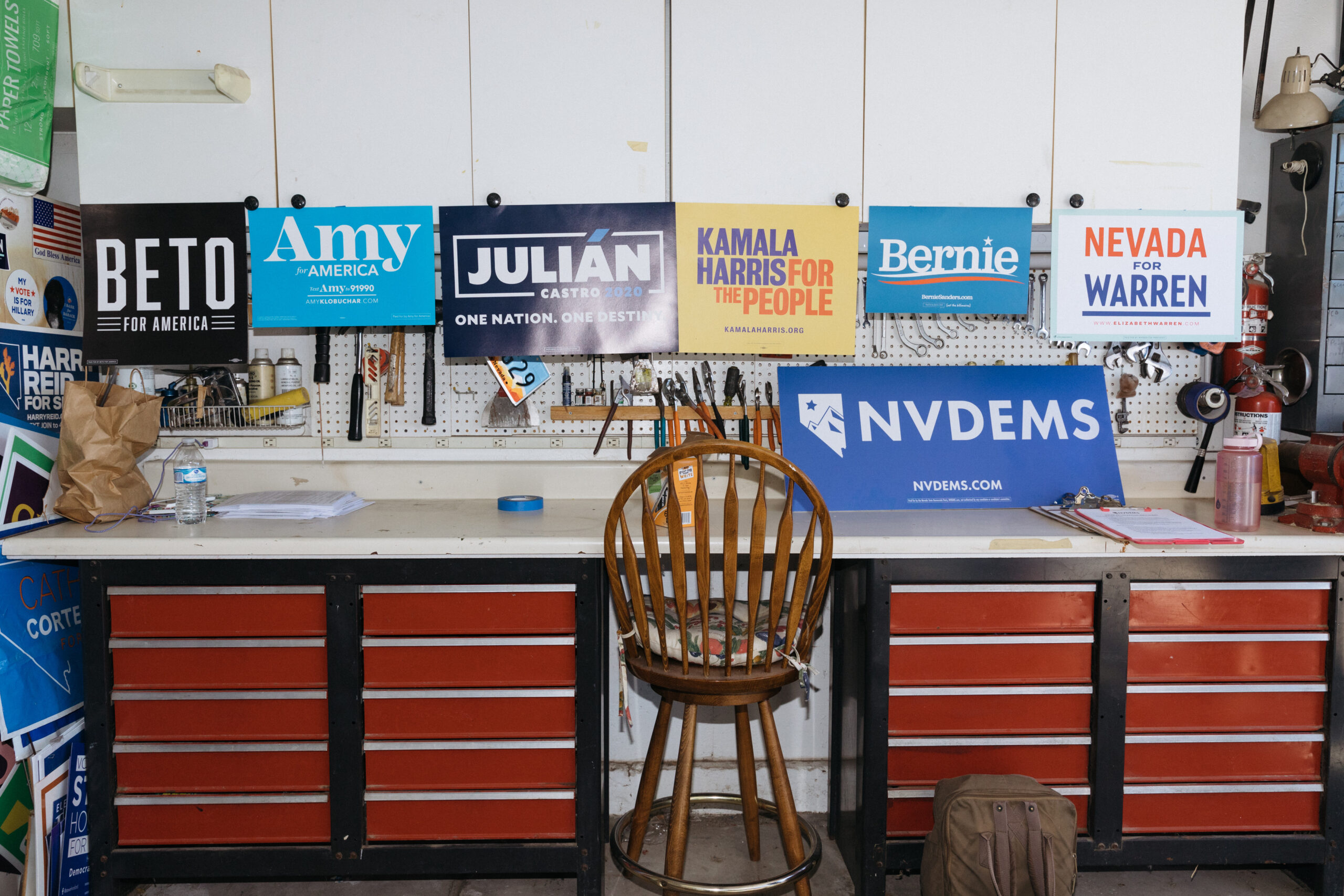 Popular early voting sites and other locations aimed at reaching a broad cross section of voters — including members of the politically powerful Culinary Union — number among the nearly 80 places where Nevada Democrats will be able to vote early for their preferred presidential candidate in the February caucus.

One early voting site will be at the Culinary Union Hall, which will make it easier for the 60,000 casino workers represented by the union to participate in the presidential candidate selection process. The party also plans to continue its tradition of offering at-large caucus sites on the Las Vegas Strip to make it easier for casino workers to participate on Caucus Day.

"Today for us is a historic day. We feel really really proud," said Geoconda Argüello-Kline, the secretary-treasurer of the Culinary Union. "To have the Culinary Union early voting site, that’s an amazing thing. We know how important it is when we vote."

Another early voting site will be at the Nevada State AFL-CIO headquarters.

Two early voting sites in East Las Vegas, Cardenas Market and the East Las Vegas Community Center, will make it easier for voters in the predominantly Latino neighborhood to participate in the caucus process, while placing locations at the Doolittle Community Center and Chinatown Plaza reveal the party’s attention to ensuring the representation of the black and Asian American and Pacific Islander voters, respectively, who live in those communities.

The party will also offer early voting at the Wadsworth Community Building on the Pyramid Lake Paiute Tribe's Reservation.

Nevada Democrats put forward their early voting proposal earlier this year in response to both an absentee voting mandate from the Democratic National Committee and to further the state’s long tradition of early voting during the traditional election process. In Nevada’s 2018 midterm elections, more than 550,000 people voted early, which represented nearly 57 percent of total ballots cast.

Democrats will be able to vote early at any of the sites between Feb. 15 and Feb. 18, which is the Saturday through Tuesday ahead of Caucus Day on Feb. 22. The party also plans to offer same-day voter registration at the early voting sites, similar to the process in place for the actual day of the caucus.

At the early voting sites, caucusgoers will be able to fill out a presidential preference card indicating their first-choice candidate and any other backup picks in case their preferred candidate doesn’t receive enough votes to be considered viable in the caucus. Those preferences will then be securely transmitted to the caucusgoers’ assigned home precincts for tabulation with same-day caucusgoers’ preferences on the day of the caucus.

Nevada State Democratic Party Chair Will McCurdy said in a statement that the party worked with community leaders to find early voting sites that “reflect our state and our party.”

“Part of our commitment to making next February our most accessible and expansive caucus yet involves giving voters every opportunity to make their voice heard and doing so in a way that is most convenient by introducing voting locations that have become a staple in their community,” McCurdy said.

The party will also have early voting sites in rural Nevada, including at the Dayton Senior Center, Eureka Opera House and West Wendover High School, and on college campuses, including at the UNLV Student Union and at Truckee Meadows Community College.

View the full list and map of early voting sites below: