Nevada deserves to be first 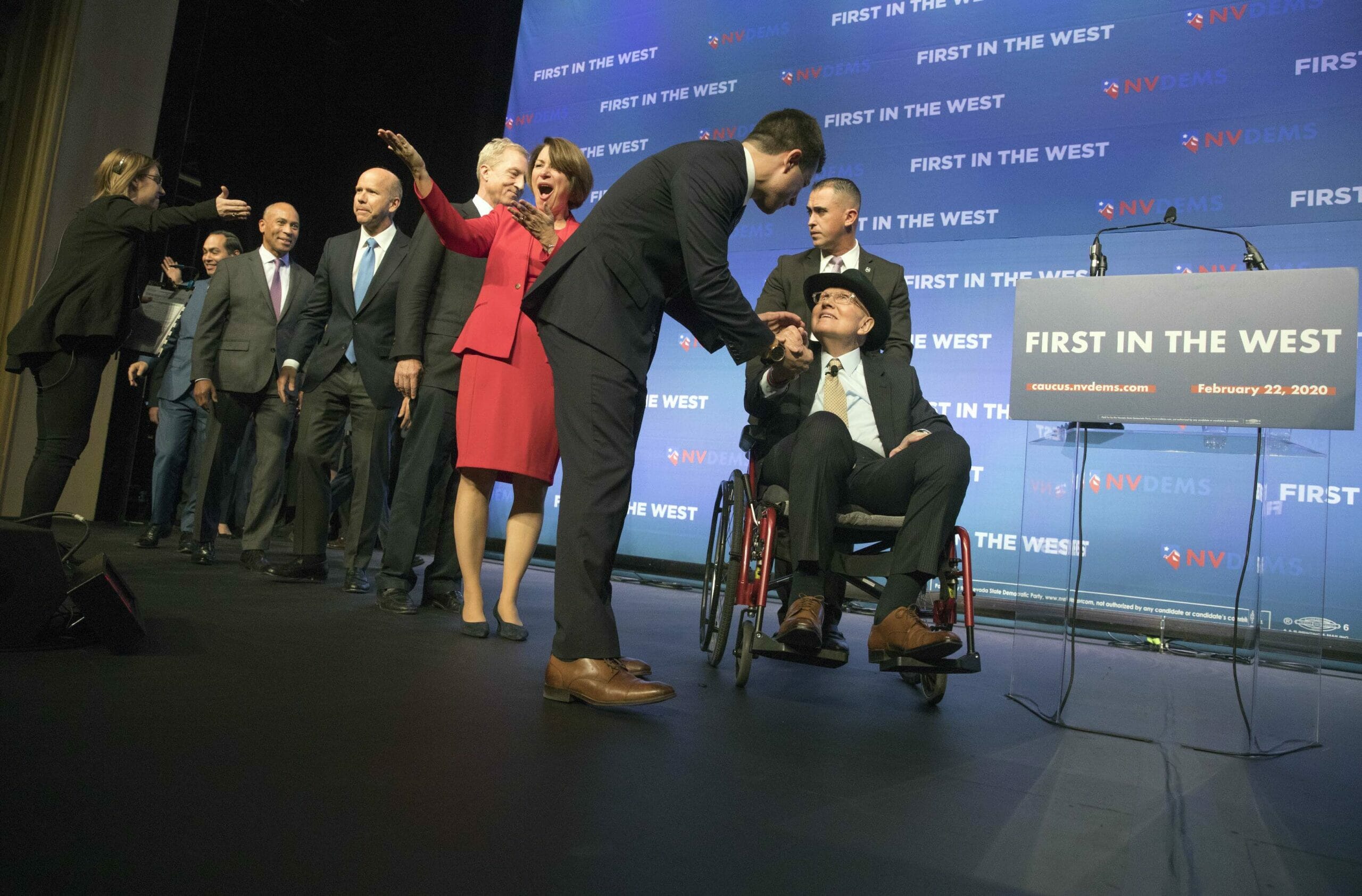 Memo to the Democratic National Committee:

I come not to bury New Hampshire, but to praise Nevada. Mostly, that is.

I know I am a broken record on this, but it’s time that Nevada supplant New Hampshire as the first-in-the-nation state in the presidential nominating process.

I understand the competing forces on this – tradition, politics, personalities – so the decision that was supposed to be voted on this week (but now may not be) is not an easy one. If you silence the white noise, there is no reason to delay the decision because the choice is not really a choice.

Tradition is a powerful motivator. But even the most stubborn of traditionalists understands that when conditions change, you must evolve or die. Just ask Tevye, who adapted so his family could be happy. Or better yet, look at the political life of Harry Reid — what a good idea!

If the Democratic Party continues to fiddle while ignoring the coming conflagration (or is it a red flood?), it will have only itself to blame. Nevada provides the answer in so many different ways.

New Hampshire has had a good run. The storied history of the primary cannot be erased. But the Democratic Party has changed from its white and white days to a technicolor, diverse array of forces that New Hampshire is not equipped to address.

Bill Gardner, the legendary secretary of state who retired last cycle, was an honorable man. But his insistence, powered by a silly and unenforceable state law that says New Hampshire must go first, seems anachronistic and counterproductive at this point. And the notion that this would hurt Maggie Hassan in the Senate race if the decision were actually made before the election is, ahem, inflated.

Sure, let South Carolina and Michigan move up, if you like, but just make the decision and put Nevada in front. The only arguments for waiting until after the election are spurious and will make the task for members even more difficult as the lobbying grows more intense.

New Hampshire is not a reflection of America, and it certainly is not representative of the Democratic Party. It is a nearly all-white state that favors regional candidates – see: Sanders, Bernie – and has nowhere near Nevada’s track record in nominating Democrats or electing presidents. Nevada is a true swing state, still purple after all these years.

The first state to vote matters. It provides a springboard for campaigning in the off-year and then determines campaign schedules in the on-year. It is a crucible that tests the candidates and should subject them to all kinds of voters – urban and rural, white and non-white, rich and poor, educated and uneducated.

If that state does not look like America, the candidate may not win in America. New Hampshire has no more good arguments to make. Nevada has so, so many. To wit:

----Nevada has been pivotal the last few cycles in the nominating process. Just ask Barack Obama, who in 2008 rebounded from a loss in, yes, New Hampshire, to begin his march to the nomination by winning more delegates here. Just ask Hillary Clinton, who similarly began her successful campaign for the nomination after a New Hampshire loss by winning Nevada. And, the president knows that while conventional wisdom says South Carolina saved his candidacy in 2020, it was actually Nevada. If Joe Biden hadn’t finished second in Nevada, he would not have been able to slingshot with momentum to South Carolina. We mattered to Joe Biden then; we should matter to him now.

----Democrats are in trouble among minority voters, especially Latinos. There is no better place to re-engage with Hispanic voters, and Nevada has substantial African-American, AAPI and Native American populations. Nevada is the third most diverse state in the country. Dems can do go talk to the pale elites in New Hampshire or the buffet of voters here that is more diverse than the Bacchanal. That’s why there has been a cascade of national Hispanic and AAPI groups endorsing Nevada to be the first primary state. This really should be the clincher.

----Nevada’s share of union voters may not be much larger than New Hampshire’s, but consider this: Nevada has remained a potent labor state despite a right-to-work law. How does THAT happen? Come and find out, 2024ers. The Culinary Union is not just a power player in Democratic politics here; it is a remarkably diverse organization, with about half of its members of Hispanic descent.

----Recent electoral results show that while my East Coast journalist friends and organizations seem not to know America extends beyond the Mississippi, this is about how the West was won. Four of the six Senate seats that flipped the last two cycles, putting the Democrats in control of the U.S. Senate, are in the West – Colorado, Arizona (I know it’s a Sinema to mention one of the two, but…) and, of course, Nevada.

----Nevada, unlike New Hampshire, is a swing state and has been for a decade and a half. Four consecutive Democratic nominees have won the state, though, because the party’s electorate is not far-left. Gov. Steve Sisolak is a moderate; so are Sens. Jacky Rosen and Catherine Cortez Masto. Just look at what Nevada has in 2022: Competitive U.S. Senate and gubernatorial contests as well as three of four congressional races. Nevada is a national bellwether and should be rewarded for being so.

----Even though the state Democratic Party has been taken over by socialists, the apparatus here has been a model for the country. The machine named for Reid has been formidable and effective. Team Reid has been leading the effort to make Nevada first-in-the-nation, but even the new state party folks have played well in this sandbox. All for one and one for #FITN.

----Finally, Nevada listened to the criticism and switched from a caucus state to a primary state. Even Reid, who brought Nevada early state status, said before he died, “I didn’t realize how horrible, unfair and undemocratic caucuses were.” The caucus system allowed weird, Bernie things to happen. Reid evolved; so can the DNC. What a wonderful tribute it would be to the late senator, who died only a few months ago, to award Nevada the status it deserves.