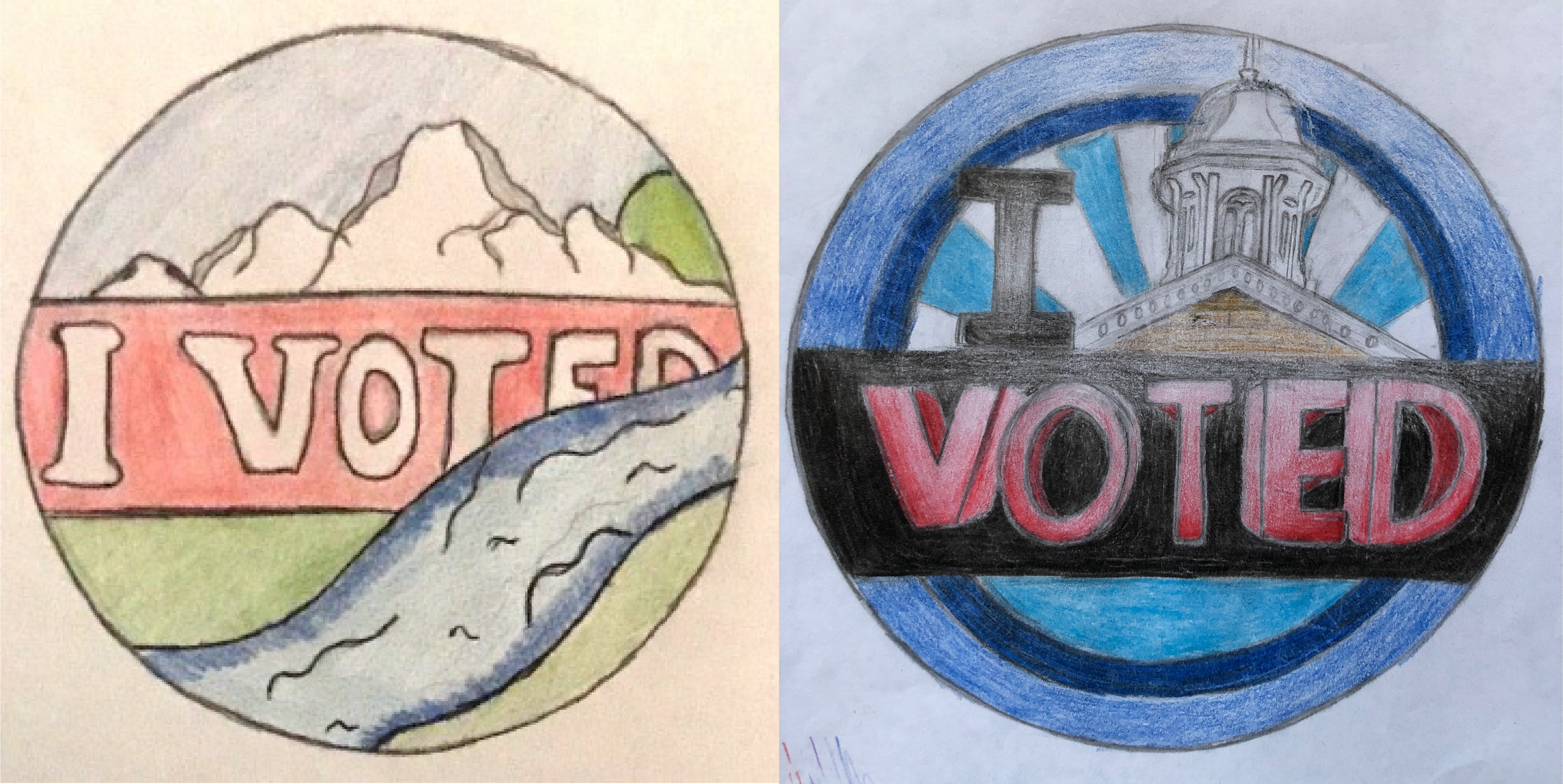 Every election, millions of Americans gather at polling places across the country to cast ballots. Once they’ve finished, they get the iconic “I Voted” sticker to put on their shirt, water bottle, laptop, skateboard or wherever else voters see fit to put them.

Voters in the last election in Nevada may have noticed something different about their sticker — especially if they lived in Clark, Washoe or Douglas County. The three counties each won national awards from the U.S. Election Assistance Commission for their creative and original sticker designs.

The wheels were set in motion for the creation of a new Carson City sticker when city Arts and Culture Coordinator Mark Salinas decided to create a competition for a new design for the city’s “I Voted” sticker. The competition was open to all high school students, whose submissions were to be judged by a panel.

“We wanted to make these stickers a bit more recognizable and reflect the art community here in Carson City,” Salinas said.

The competition was announced on Feb. 26. Less than three weeks later, Gov. Steve Sisolak announced the closure of schools because of the COVID-19 pandemic, and shortly after that, the secretary of state's office announced that all voting in the primary election in June would be done via mail.

“I thought this project was going to be dead in the water, to be honest with you,” Salinas said.

“None of the students had the software on their home computers to push this to the intended completion point.”

A panel of judges chose two winning designs that were awarded $100 each, and also chose eight more designs that won $25 each and an honorable mention.

“So 10 students' designs were recognized [and] awarded, and we're going to invite those students to finalize their designs once school's back in session,” said Salinas, “and we will use their designs for an online marketing campaign when we reboot for November's general election.”

While the students won’t see their design on any stickers come June, the city will try again before the general election. For now, the hope is to have physical voting locations by November — and the chance to pick up a coveted “I Voted” sticker.