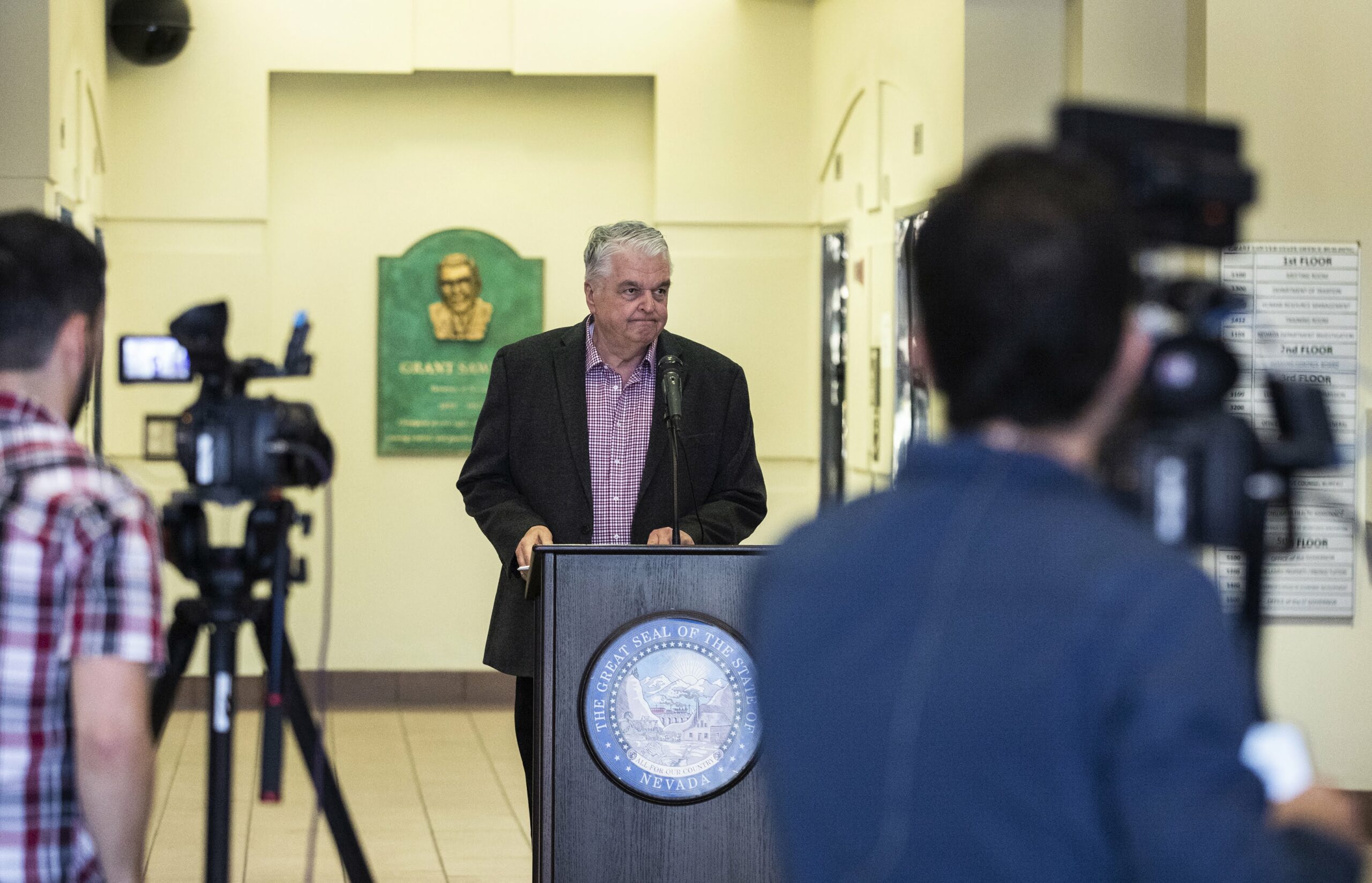 Gov. Steve Sisolak has ordered the temporary closures of schools across the state until at least April 6, the most drastic step yet taken by Nevada authorities to limit spread of the novel coronavirus (COVID-19).

Sisolak made the announcement alongside Clark County School District Superintendent Jesus Jara on Sunday afternoon, saying the closure will affect all public, charter and private schools in the state and could possibly extend longer. He said it had become “increasingly clear” in the last 48 hours that school closure was needed for containment of the virus, and that no schools would be allowed to reopen until the state chief medical officer makes a determination.

“I realize this will cause hardships for our families, our students, and our school staff,” he said. “I assure you we have not reached this decision lightly.”

The move comes amid a growing chorus of teacher unions and public health officials to temporarily close schools to limit spread of the virus, but is likely to have a major impact on the 500,000 students statewide enrolled in public and charter schools. The closure will also be acutely felt in the Clark County School District, the nation’s fifth largest school district, where roughly 70 percent of the estimated student body population of 332,000 qualifies for free or reduced-price lunch.

Sisolak said that the state would coordinate with the 17 school superintendents throughout the state on food security plans and “academic continuity,” noting that education leaders would “find creative and innovative solutions” to serve students during this period.

But an immediate move to online learning doesn’t seem on deck, at least for schools in Clark County.

“We don’t have the capacity right now,” Jara said.

The governor called on employers to be flexible with workers who suddenly may have children to care for given the school closures. He also pointed out one of the challenges facing Nevada during this time — a large number of shift workers in the tourism and gaming industries who may find child care more difficult.

As of Sunday afternoon, 21 people in the state have tested presumptively positive for COVID-19, though actual numbers are likely much higher due to limits on who can be tested. Nationwide, more than 2,900 people in 49 states have tested positive for the virus, which medical experts believe has a higher mortality rate than most strains of the flu.

State law grants the governor additional special powers after calling a “state of emergency,” including the abilities to assume direct operational control of any and all emergency management forces, to temporarily seize property as needed for emergency response, allow non-state-licensed medical professionals to operate in the state and to “compel the evacuation of all or part of the population from any stricken or threatened area or areas within the State and to take such steps as are necessary for the receipt and care of those persons.”

The governor is also given broad authority in law to exercise as necessary any “functions, powers and duties as are necessary to promote and secure the safety and protection of the civilian population.”

The announcement comes after Sisolak officially declared a state of emergency over the coronavirus outbreak on Thursday, which took steps to centralize and coordinate the state’s response to the virus.

Clark County School District officials said last week that in the event of a closure, 14 sites throughout the region have been identified where families qualified for free or reduced-price lunch can pick up food.

It also comes after the Clark County Education Association and the National Education Association of Southern Nevada called on Jara to suspend school operations as soon as possible to limit spread of the virus. Jara previously announced on Saturday that schools would open as normal on Monday but that he had not ruled out a “short-term closure.”

Jara said Sunday that the district will follow existing collective bargaining agreement contracts and had been in touch with employee unions about the planned closure.

“They will be getting paid,” he said.

Sisolak declined to answer questions about whether he would institute a ban on large public gatherings in the state, as governors in Washington and New York have already done. Another press conference on Nevada’s response to the virus is scheduled for 6 p.m. Sunday.

Already, higher education institutions in the state, including the University of Nevada, Reno, UNLV and Nevada State College, have announced plans to transition to remote, online courses to avoid further spread of the virus.

Nationwide, governors in Ohio, Illinois and California announced imminent required closures of all bars and dine-in restaurants in their respective states to help prevent further spread of the virus.

Mary Beth Sewald, president and chief executive officer of the Vegas Chamber, said the business organization supports the efforts to keep students and staff safe, limiting the spread of the upper-respiratory virus.

“There are so many moving parts to all of this,” she said. “So we’re trying to work in conjunction with them to do the best that we can for the students.”

The Vegas Chamber has been fielding questions from companies on everything from human resource-related matters to how to stay in business, she said. The business organization has been sending out resources and guidance, such as encouraging employees to work from home if possible.

But she stopped short of calling for a temporary shutdown of certain service-oriented businesses.

“For our members and for the business community, it’s kind of a case-by-case basis,” she said. “We’re encouraging them on best practices, but for them, it’s kind of their own decision.”

Updated at 3:52 p.m. with additional information and context.