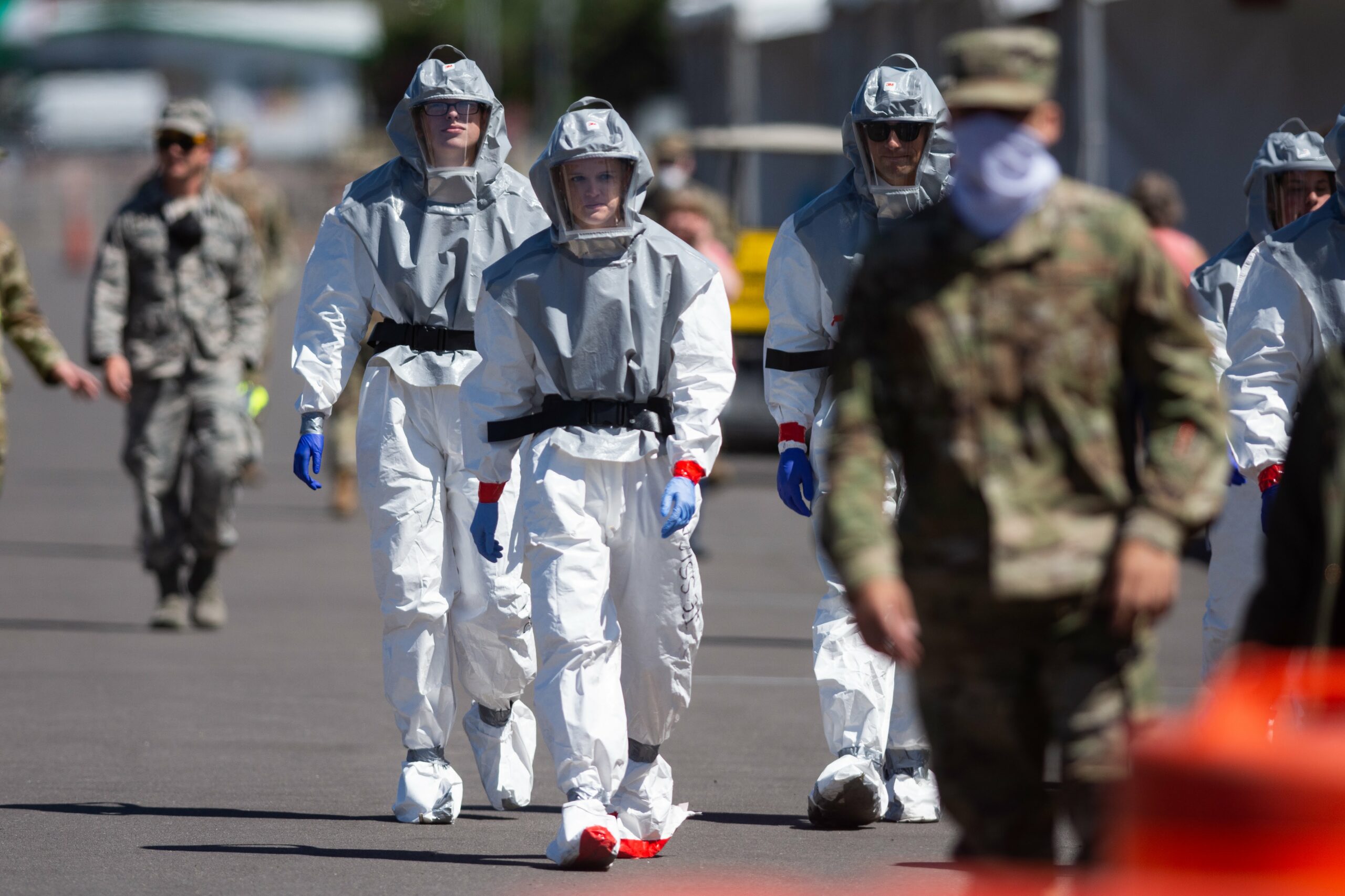 New data from the nonprofit coronavirus modeling organization Covid Act Now released last week show Nevada remains at a moderate risk for reopening, even as the state began allowing some businesses to open their doors over the weekend.

The new modeling, which was released last Friday as part of a soft launch, shows that the Silver State is meeting one key metric for reopening, with only 27 percent of ICU beds available to treat people with the virus occupied. But Nevada, like the rest of the nation, still has struggled to implement widespread testing and each COVID-19-afflicted person is still infecting more than one other person, two other metrics the organization looks at in its modeling.

In an interview Monday, Covid Act Now CEO Max Henderson said the organization’s goal from the beginning has been to make coronavirus data as widely available and accessible as possible. The organization started working back in January to model the disease for the Bay Area and California but has since expanded to track coronavirus data nationwide.

"We're not here to tell anybody what actions they should take, but, rather, if the general public, decision makers, and the press can all get on the same page about what is going on with COVID in their area, then we have a foundation to actually make decisions off of,” Henderson said. “Otherwise, there's going to be disinformation, disagreement, and so on. We saw that as being extremely problematic to making the right decision as a nation.”

The organization initially focused on assessing the outcomes of various shelter-in-place policies, but it has since pivoted to analyzing several key metrics for reopening. It has also recently become a 501(c)(3) nonprofit and hired a full-time team after relying on volunteers for the last two and a half months.

Wynn Resorts CEO Matt Maddox, who has been in contact with the organization for the last six weeks about the situation in Nevada and nationally, said that the response to the new modeling from government officials has been “quite encouraging.”

Maddox was put in touch with Covid Act Now by Rebecca Katz, director of the Center for Global Health Science and Security at Georgetown University Medical Center. Maddox has also hosted Katz to talk about national COVID-19 trends on weekly informal calls with chief medical officers across Clark County hospitals, and the group has since turned to talking about benchmarks and sharing information from across the country.

“You can see based on these benchmarks that Nevada is actually trending well. I think that it backs up what the state is doing. It backs up what the governor has launched with Phase 1,” Maddox said. “We're just trying to help provide a public source of information that someone might look at or point to as to how we are doing and what we are measuring."

Covid Act Now models the infection rate by time, aligning case and death data to calculate the rate at which the virus is spreading within communities.

Henderson said that the organization hopes to, in the near future, add other data sources into its infection rate projections to anticipate spikes in coronavirus illnesses. Those other data sources could include, for instance, third-party data tracking abnormal influenza-like illness and fever and survey responses from Google and Facebook to be able to give as much forewarning as possible about a potential surge in cases.

"The goal of this chart eventually ... is to provide as leading of an indicator as possible that something may be going substantially wrong so that decision makers have as much time as possible to respond,” Henderson said.

The organization is also tracking the state’s test positivity rate, which it estimates to be about 5.5 percent as of Sunday. Covid Act Now calculates the positivity rate daily, averaged out over seven days, while the state’s 10.2 percent positivity rate is calculated cumulatively — that is, total positives divided by total people tested since the beginning of the pandemic.

Though the organization’s modeling shows a lower test positivity rate than the one projected by the state, Covid Act Now still considers Nevada to only have a “medium” level of testing, indicating that “testing is not widespread.” The state has been working toward a 10 percent threshold recommended for reopening by the World Health Organization; however, Covid Act Now uses a 3 percent threshold, which is the rate that countries with robust testing, such as South Korea, have seen.

The third metric, which is still in beta mode, looks at the availability of ICU beds not being used by non-COVID-19 patients. According to Covid Act Now’s model, COVID-19 patients in Nevada are occupying about 27 percent of available ICU beds — 38 percent in Clark County and 13 percent in Washoe County — suggesting the state has enough capacity to handle a surge of new infections without needing to rely on field hospitals and other ancillary facilities.

"Our data suggests your hospitals need to be able to handle a doubling of admitted COVID patients without running out of capacity and having to ration who gets care,” Henderson said. “On this metric, Nevada is doing well. It could more than double its hospitalized COVID cases and not run out of capacity.”

Covid Act Now also hopes to add contact tracing capacity to its modeling in the next week, though it is difficult to both track and project the anticipated contact tracing need as it increases and decreases based on the number of new cases being confirmed in each individual community. One commonly cited projection from the National Association of County and City Health Officials estimates that communities should have 30 contact tracers per 100,000 people during pandemic times, though that wouldn’t take into account the 43 million visitors Las Vegas hosts in a normal year.

As part of the overall effort to boost contact tracing capacity in the state, Wynn Resorts has 110 call center staffers working with the Southern Nevada Health District on contact tracing, making more than 1,000 outbound calls in the last two days, Maddox said. Eventually, the Wynn employees will need to return to their normal jobs, but Maddox sees it as establishing a model for the future; the company, for instance, helped the health district form an operational manual for third parties, like Wynn, to help with contact tracing.

“I think there's actually going to be a lot of people that can fit into these roles — we'll have to figure out how they get paid — because of the vast unemployment,” Maddox said.

In the meantime, Maddox said he has been working closely with the informal group he has assembled to figure out how to supply the state with additional custom data benchmarks.

“I think it'll be really beneficial because that way we can be looking at the data and making sure that it's matching what we're seeing from the state data or it's close and possibly developing some additional benchmarks,” Maddox said.

Updated 5/12/20 at 8:42 a.m. to clarify that Nevada is only meeting one of the three criteria for reopening under Covid Act Now's model. The numbers shifted Tuesday night moving Nevada's risk from "low" to "medium" in one of the three categories.