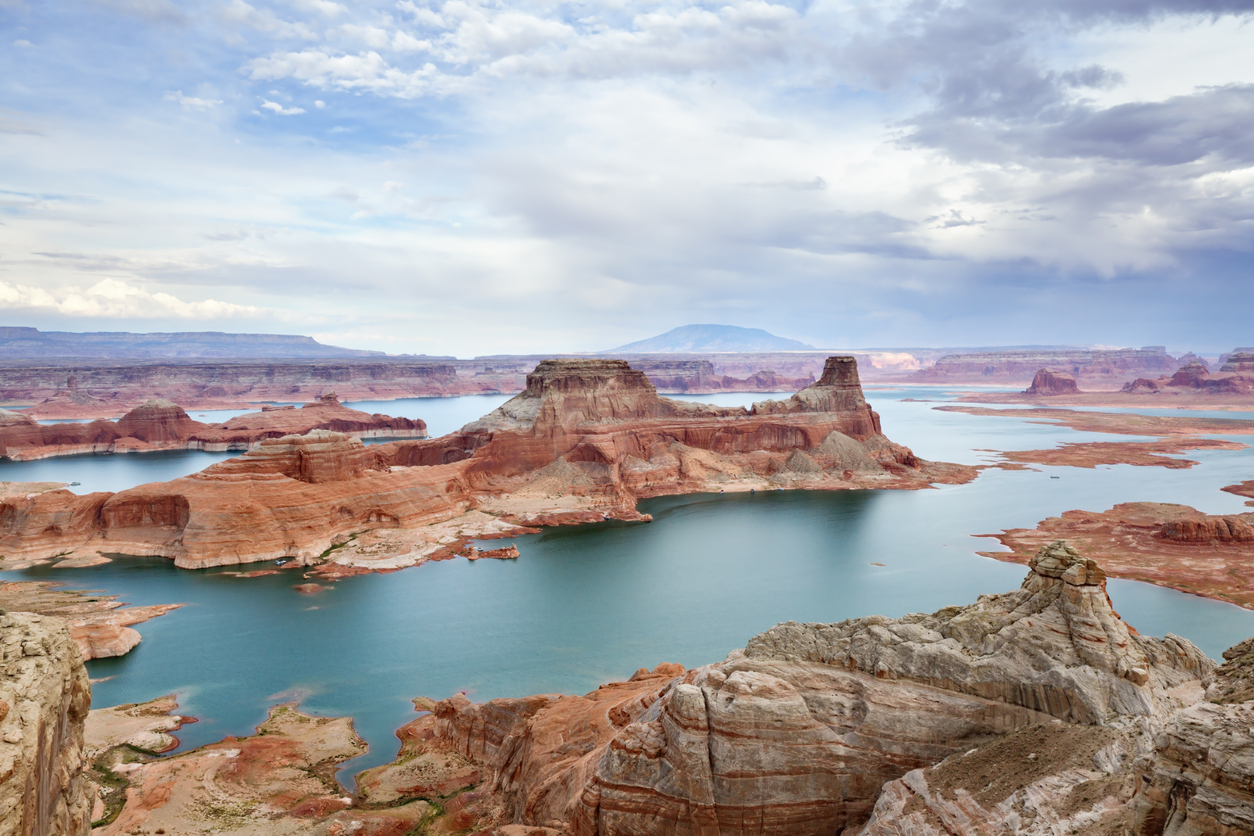 Six of the seven states that use the Colorado River also sent a letter to federal water managers Tuesday asking them to refrain from completing project permitting until a consensus among the states could be reached on “outstanding legal and operational concerns.”

The U.S. Bureau of Reclamation, an Interior Department agency that is charged with managing reservoirs and watersheds across the West, released a draft environmental review of the project this year, as required by the National Environmental Policy Act, known as NEPA. Typically, the next steps in that process include releasing a final environmental review and a final decision.

But the six states are asking that the process be put on hold.

Representatives from the states wrote that continuing with the environmental review process would likely lead to multi-year litigation, a long court battle that could upend efforts to resolve Colorado River issues collaboratively. They said that “is not a recipe for creating the kind of meaningful and positive change needed to sustain the Colorado River in the coming decades.”

“As we have in our past efforts, we commit through this letter to act in good faith to identify consensus solutions to the interstate questions that the Lake Powell Pipeline raises for the entire basin,” the state representatives wrote to Secretary of Interior David Bernhardt.

“But that work is undeniably best undertaken as part of a seven-state process rather than as an incident to the NEPA process or ensuing litigation with third parties conducted by courts,” they wrote.

The six-state letter, signed by Colorado River representatives in Arizona, California, Colorado, New Mexico, Nevada and Wyoming, was included as part of project comments submitted by the Southern Nevada Water Authority and the Colorado River Commission of Nevada.

Those comments, signed by two Nevada water officials, highlighted several concerns with the draft environmental analysis, including whether water use data justified the pipeline project. The water authority and the commission said the analysis of whether the piped water is necessary “did not provide sufficient justification for the Lake Powell Pipeline project.”

The comments also said that the environmental review failed to fully analyze the effects of a pipeline on water quality in the Virgin River, a Colorado River tributary that flows through Utah, crosses into Nevada and empties into Lake Mead.

Environmental groups, recreationists and conservationists have long criticized the proposed project, which would remove about 86,000 acre-feet of water from Lake Powell, one of the two primary Colorado River reservoirs used to store water and generate hydropower (an acre-foot is the amount of water that can fill an acre of land to a depth of one foot).

Environmentalists say the need for the pipeline is overstated, and conservation could reduce the demand for more water. They argue that the pipeline would further strain the Colorado River, where researchers have shown that warming temperatures have reduced the river’s flow.

Once constructed, the pipeline would deliver water to Washington County, a fast-growing part of southern Utah that includes St. George. Proponents of the project argue that the underground pipeline is needed to provide reliability, diversify the area’s water portfolio and meet long-term growth demands. They add that Utah, unlike other states, does not currently use its full Colorado River allocation.

Todd Adams, director of the Utah Division of Water Resources, said the state agency was "pleased to know the other Colorado River Basin States are committed to working toward solutions in good faith."

"As we’ve done in the past, we remain committed to working with the other basin states to mitigate their concerns raised by Utah’s intent to use a portion of its Colorado River allocation to provide water to Washington County," Adams said.

"There are numerous water projects in the west that have worked through unresolved issues while under federal review," he added. "We believe a resolution can be reached with the basin states before [a federal decision] is issued."

Still, the project raises numerous legal and technical questions about how it fits within the “Law of the River,” the compacts, contracts and legal decisions that collectively govern the Colorado River, which supports about 40 million people across the seven U.S. states and Mexico.

In 2021, officials from the seven states are set to begin new negotiations over how the river is managed with climate change looming. They are likely to run into some of the same issues raised by the Lake Powell Pipeline proposal and other new demands on the river’s short supply.

Update: This story was updated at 12:45 p.m. on Sept. 9, 2020 to include comments from Todd Adams, director of the Utah Division of Water Resources.