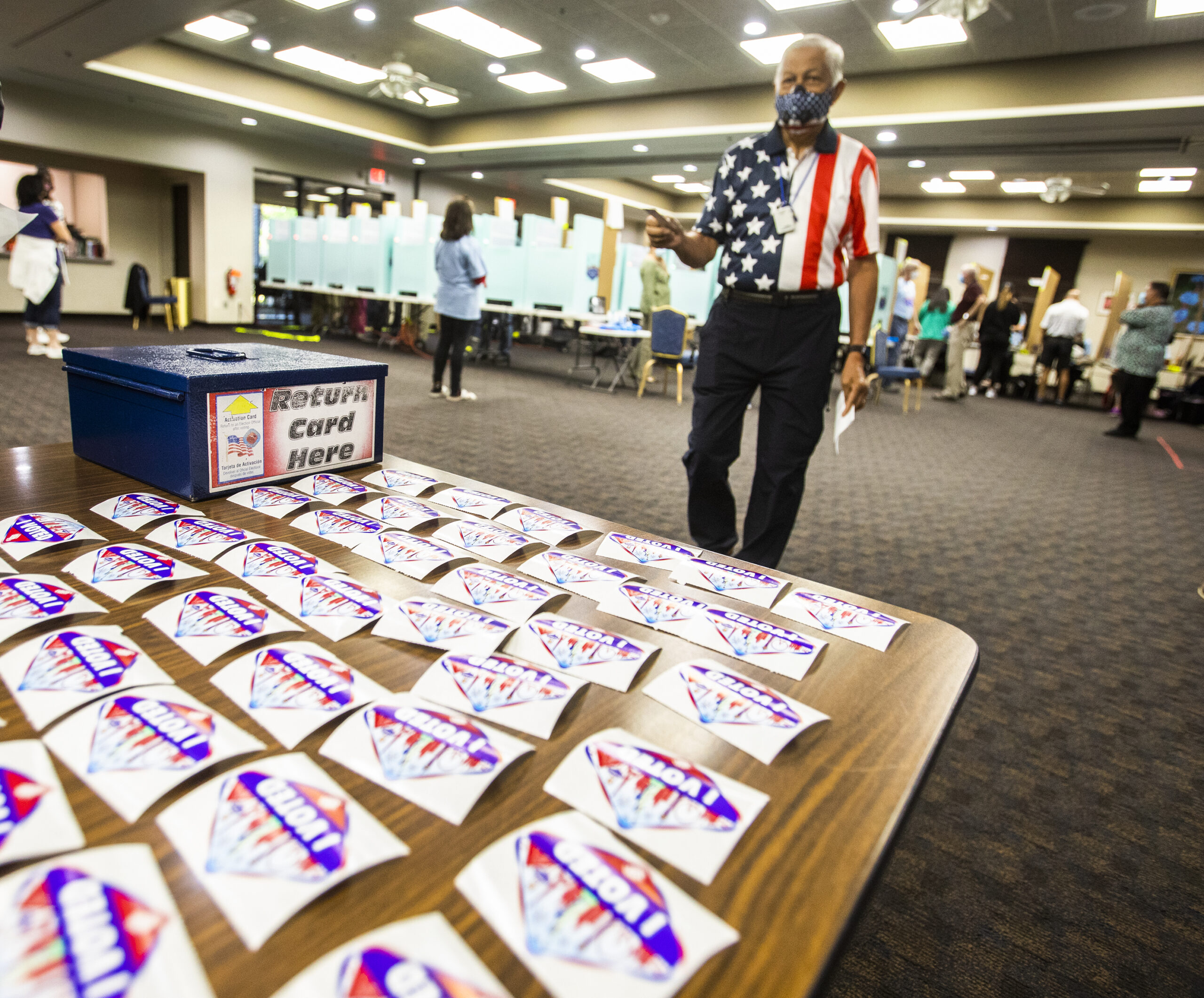 The Nevada Supreme Court accepted the results of the 2020 general election on Tuesday, making official the results of a contentious election that has sparked numerous legal challenges seeking to cast doubt on the integrity of the electoral process in the Silver State.

The seven Supreme Court justices, who met in both Las Vegas and Carson City, formally signed the canvass of votes after a brief presentation from Secretary of State Barbara Cegavske. Several of the justices lauded Cegavske, a Republican, and her staff for running a fair and transparent election despite significant challenges amid the ongoing coronavirus pandemic.

“I just want to commend the secretary of state and her office for the extraordinary work they did under very difficult circumstances,” Justice James Hardesty said during the canvass of votes. “They’re to be congratulated for carrying out his extraordinarily successful election.”

Associate Chief Justice Mark Gibbons described the election as “incredibly trying” and said the fact that it ran “as smooth as it did” was “incredible.” Justice Elissa Cadish thanked Cegavske and her office for running the election “properly, reliably and with integrity.”

Cegavske, presenting the results of the election to the Supreme Court, acknowledged the challenges the state faced in running elections in the middle of a pandemic, from conducting an all-mail primary election in June to a “hybrid” general election in November. All active registered voters in Nevada were mailed a ballot this fall and given the opportunity to either fill it out and send it back or participate in person, either early or on Election Day, as usual.

Cegavske said the state saw a record 1,407,754 ballots cast this year, meaning that 77.3 percent of all active registered voters participated in the electoral process. Of those ballots, 49.2 percent were cast by mail, 41 percent during early voting and 9.7 percent on Election Day.

“I'd like to thank all of Nevada's election officials for their dedication and commitment to providing a transparent legal and fair election,” Cegavske said.

Per state law, Gov. Steve Sisolak is now required to issue certificates of election to the winners of the election and issue proclamations declaring the election of each individual. Sisolak, in a statement Tuesday afternoon, said he will be submitting a certification of ascertainment to the federal government in the coming days certifying that Joe Biden’s presidential electors received the highest number of votes in Nevada and will be issuing certificates of election to the winning candidates in the coming weeks.

“The process for the Governor to issue the certificates of the election and commissions to the winners — as declared by the justices of the Supreme Court — will likely take a significant period of time following today’s Supreme Court canvass,” he said.

The canvass of the votes comes amid ongoing legal challenges in Nevada and other battleground states over the results of the 2020 general election, all of which have so far been unsuccessful.

Multiple legal challenges in Nevada were on court calendars on Tuesday, including a lawsuit by President Donald Trump’s campaign seeking to overturn the results of the election in Nevada, which he lost by about 34,000 votes, or 2.39 percentage points. The next hearing is scheduled for Dec. 3.

The Trump campaign has claimed without direct evidence that identified irregularities in the electoral process will be enough to overturn Joe Biden’s victory in Nevada.