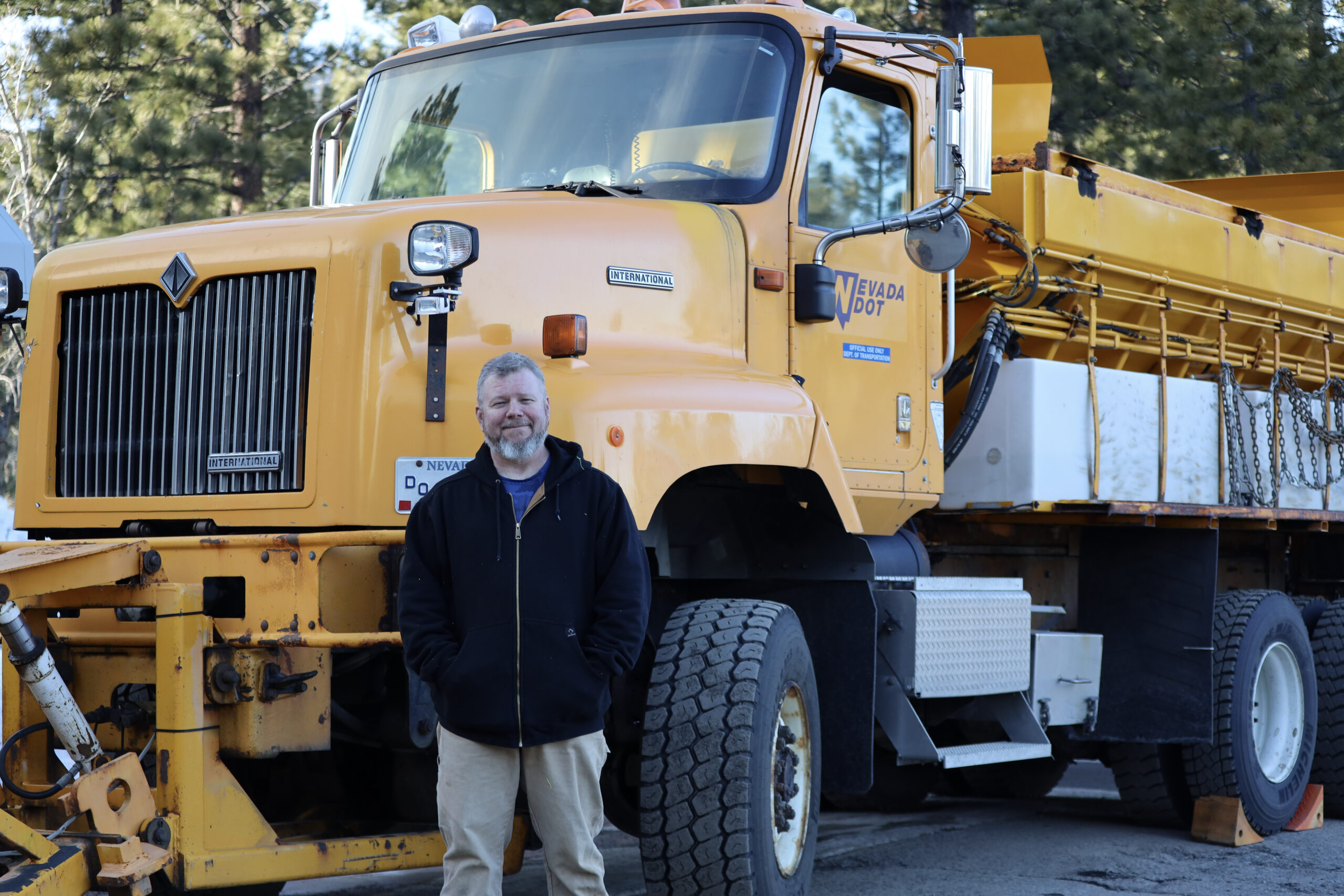 At an elevation of almost 9,000 feet, Mt. Rose corridor is the highest mountain pass in the Sierra Nevada that is open year round. As the winding, two-lane road connecting Reno and Lake Tahoe is pummeled by a series of snow storms fueled by an atmospheric river, it’s Chris Howland’s job to keep the road open.

One of the most dangerous parts of his job in the winter is cars trying to pass the plows.

“Usually they do it around a corner because we’re not going fast enough," Howland said. “We’ll do 25 miles an hour, up the hill, and that’s too slow for them.”

Howland does everything from plowing snow to pulling stuck cars out of drifts during storms. He said the No. 1 issue he sees is people ignoring the chain controls.

“Most of the locals, they carry their chains,” Howland said. “It's the people coming from California that aren't prepared. They'll see the flashing chain signs and drive right past it.”

For a long time, the Nevada Department of Transportation could only recommend that vehicles install chains before braving the pass, but in 2018 it became required. Now, if chain controls are in effect, Nevada Highway Patrol officers can ticket people who ignore them.

In an area where 16 feet of snow can fall in a single month, keeping the road open requires a combination of specialized equipment as well as the people to run it.

Although the department brings in temporary workers during the winter, Howlad said it has been difficult to keep his crew fully staffed.

“Usually I get four in the winter,” he said. “By the first storm, at least two of them leave.”

One challenge is the pay structure. Both Washoe County and the City of Reno pay plow drivers more than the state transportation department for arguably less intense work. Combine that with a nationwide shortage of plow drivers, attributable in large part to competition from more lucrative opportunities for workers with commercial drivers licenses.

A 2021 study by the Nevada State Division of Human Resources found the Department of Transportation’s vacancy rate for highway maintenance staff in northwestern Nevada is nearly 65 percent, after accounting for severe challenges filling temporary positions. In addition, salaries for state employees have increased 8 percent over the last 14 years compared with the cumulative inflation rate of 37 percent.

In his budget proposal for 2023, former Gov. Steve Sisolak called for consecutive 10 and 5 percent raises for state employees over the next two years, but that budget is subject to the Legislature’s approval as well as Gov. Joe Lombardo’s signature.

Howland knew driving a plow and pulling cars out of snow banks wasn’t going to make him rich. He joined the department for the retirement benefit and because he loves working near Lake Tahoe.

But he fears that without the raise, the department will continue to lose people.