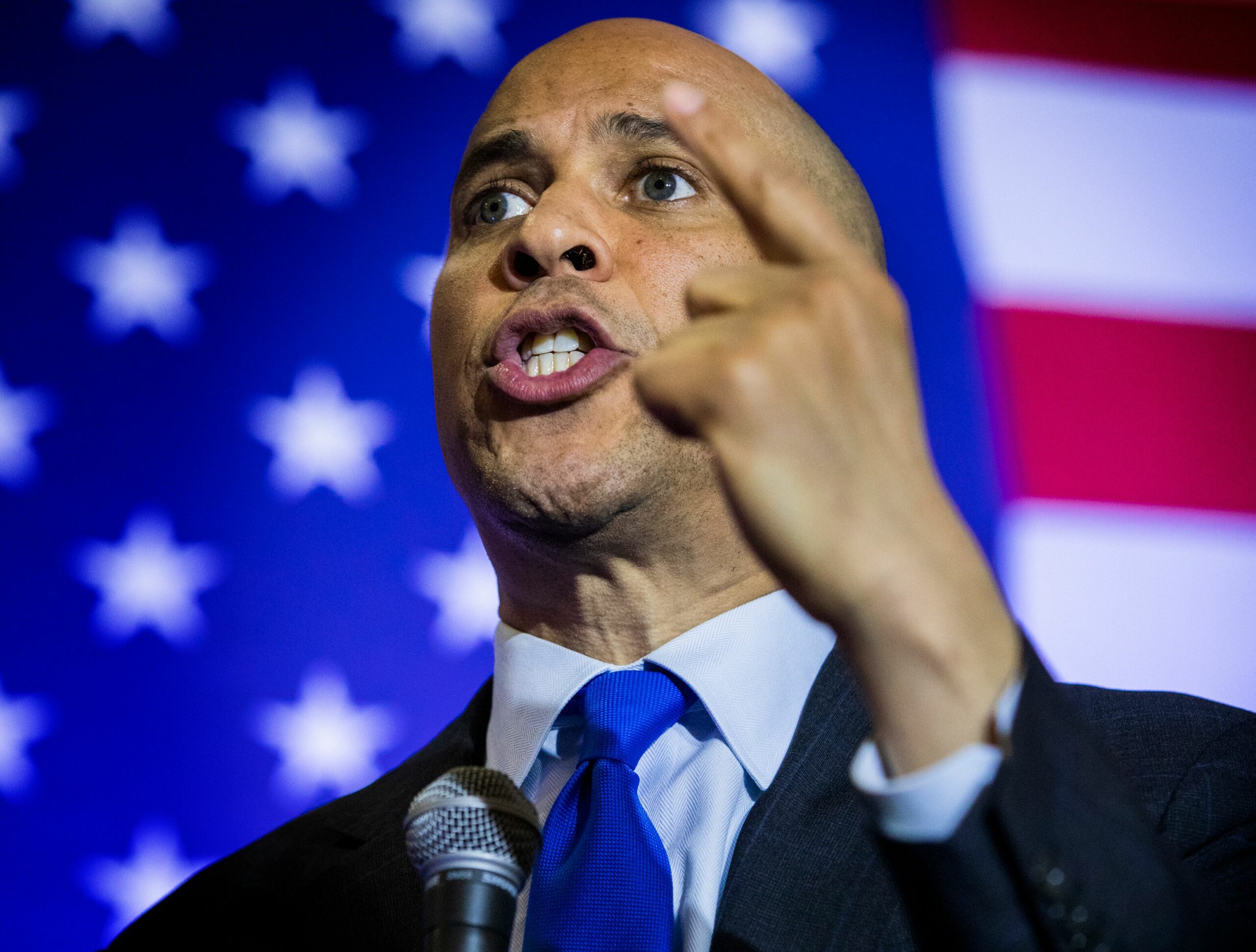 New Jersey Sen. Cory Booker gave supporters a message of unity during an event in North Las Vegas Sunday, casting his campaign as part of a broader movement that was beyond “one person or one office.”

On Sunday, he looked to solidify himself as a candidate for all Americans.

His hourlong-remarks were often punctuated by personal anecdotes, whether they be about his family’s struggles against redlining in the 1960s or about his time as mayor of Newark, New Jersey. He also joked frequently with and about his mother, now a Las Vegas resident herself, who was in attendance.

Booker, a cosponsor on the wide-ranging Democratic “Green New Deal,” also said he would look to act on climate change, including rejoining the Paris Climate Accords. Speaking to reporters after the event, he said that politicians “have to do what we can do and we must do to deal with this unfortunate situation.”

The senator also took an aggressive stance on campaign finance, criticizing the Citizens United decision and vowing not to take corporate PAC dollars.

The party’s progressive wing has long charged that Booker’s ties to Wall Street and corporate interests are too close for comfort. That criticism came to a head last year when he became one of 13 Senate Democrats who voted against a proposal to lower prescription drug prices — a proposal sponsored by none other than future fellow presidential hopefuls and Sens. Bernie Sanders and Amy Klobuchar.

The pharmaceutical industry plays a powerful role in Booker’s home state of New Jersey, and though some have explained his vote then as a common practice — defending a hometown industry — it didn’t stop progressive commentators from criticizing hundreds of thousands of donations to Booker from pharmaceutical companies.

That criticism has become especially acute in 2019, against the backdrop of the Democratic presidential primary. Candidates such as Sens. Elizabeth Warren and Sanders have made frequent targets of corporate political fundraising and, especially in Sanders’ case, sought to build an expansive grassroots effort that eschews traditional fundraising norms.

Though Booker iterated those policy goals, among others, he frequently returned to that familiar landing spot; the 2020 election should be about more than politics as usual.

“If this election becomes small, about slicing and dividing, about demeaning or degrading any American, we may win back the White House but we lose the opportunity to call this country to a revival of civic grace,” Booker said.