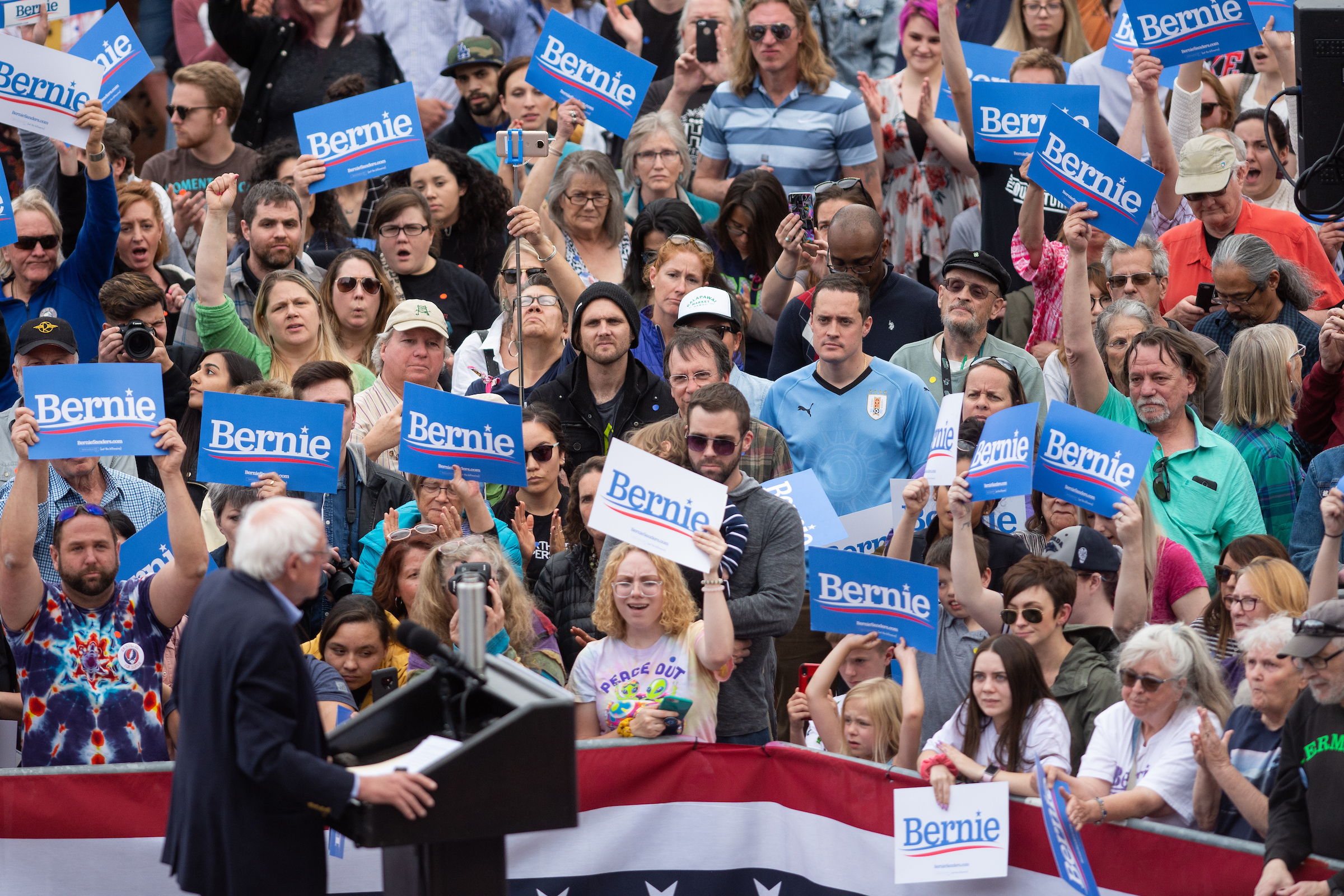 For the first time since September of last year, Vermont Sen. Bernie Sanders is leading the pack of Democratic presidential hopefuls in Nevada, according to a poll from the Las Vegas Review-Journal and AARP Nevada.

Still, the poll found a tight race among the rest of the field, with six candidates polling in the double digits and just 8 percentage points separating second place from sixth. The results come just a day before the start of early voting, and with a little more than a week to go before the caucus.

With 25 percent of respondents picking Sanders, the self-described Democratic Socialist maintains the largest edge in the race, with a 7-point gap between him and the one-time frontrunner, former Vice President Joe Biden, who polled at 18 percent.

Entrepreneur Andrew Yang, who dropped out of the race following a distant finish in New Hampshire, received 5 percent in the poll, while 8 percent of respondents remained undecided.

Former New York City Mayor and billionaire Michael Bloomberg won’t be on the Nevada ballot and was left off the poll, while Hawaii Rep. Tulsi Gabbard, who was on the poll, did not receive any support.

The poll also found more than two-thirds of Nevadans favored axing the caucus system altogether, with 67 percent of respondents supporting a switch to a primary and just 23 percent opposed. Respondents remained upbeat about the success of this year’s caucuses, however, with 76 percent of likely caucus-goers expressing confidence in the process, compared to 21 percent not confident.

Drawing firm conclusions from any polling in Nevada remains difficult. The state is notoriously expensive to poll, and few surveys have been conducted during the 2020 primary. Today’s poll from the Review-Journal is the first to hit the field since the end of January, making a polling average difficult to establish.

A Nevada Independent poll from November of last year showed Biden with a 10-point lead over Warren and Sanders, but by January, a USA Today-Suffolk poll — the next most recent survey behind the Review-Journal poll — showed Biden in a virtual tie with Sanders, 19 percent to 18 percent.

Conducted by the firm WPA Intelligence, the Review-Journal poll respondents were surveyed by phone from Feb. 11 to Feb. 13, with a sample of 413 likely caucus-goers and a margin of error of 4.8 percentage points. The data journalism website FiveThirtyEight, which grades political pollsters, gives WPA a B/C grade, with a partisan lean of 1 percentage point toward Republicans.

Correction, 1:30 pm: An earlier version of this article incorrectly stated that the Review-Journal poll was the first to show Bernie Sanders in the lead. In fact, a September poll from CBS/YouGov showed Sanders leading Biden by 2 points, 29 to 27.