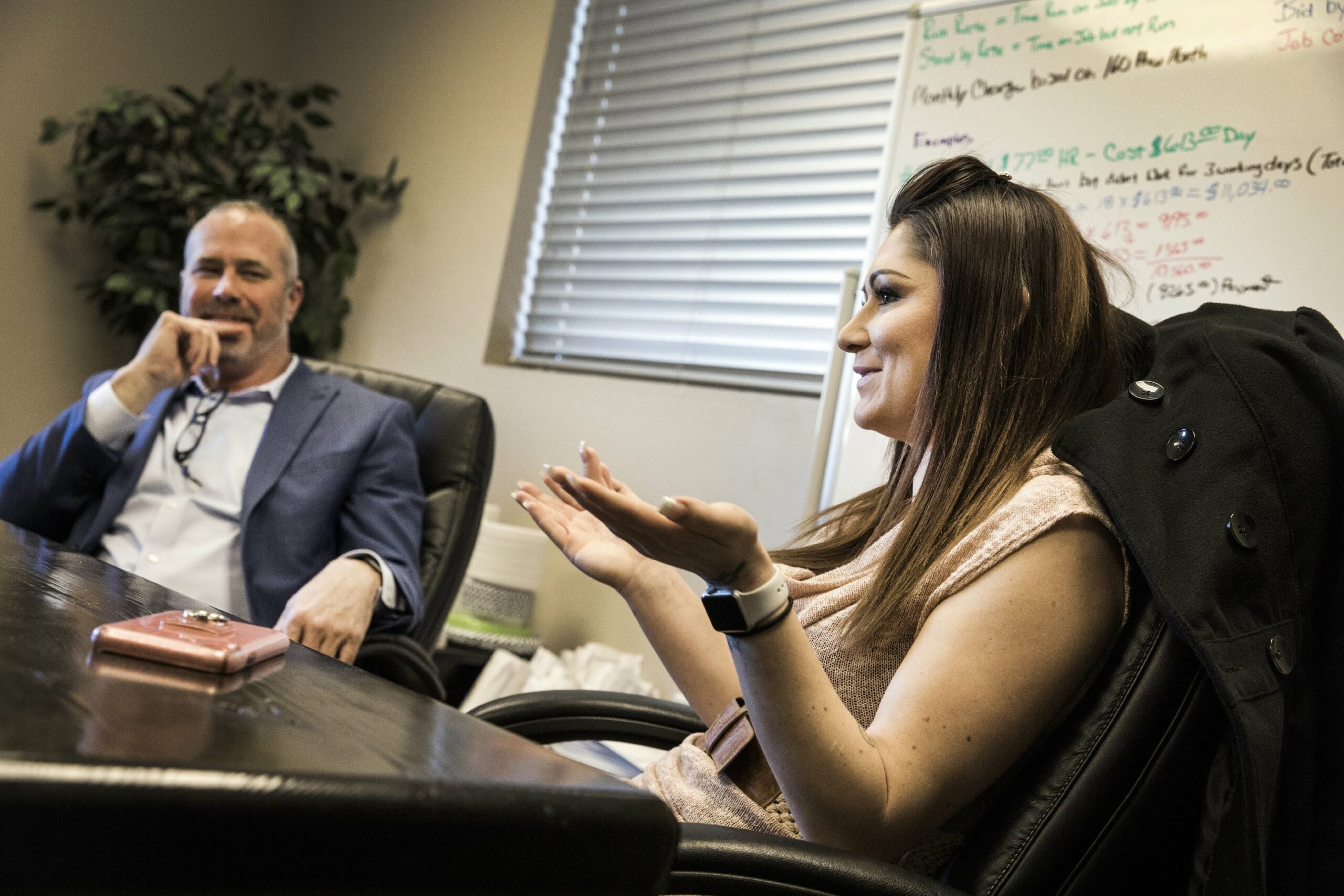 Deanna Page’s lightbulb moment occurred inside the Clark County Detention Center when she was staring down six to 15 years in prison, possibly longer.

Her story features plot points that likely aren’t all that different from her fellow inmates — an addiction, a bad decision and, ultimately, an arrest. In her case, the drug was heroin and the crime was serving as a getaway driver during robberies.

Then came the handcuffs. It was her first arrest.

“I’m screwed,” Page thought while sitting in jail. “That’s it. My life’s over.”

Even so, Page said she decided not to shirk responsibility. She took full accountability for her role, not realizing that combination of honesty and sincerity would spare her from prison. The mother of two young boys simply knew it was time to change.

“I knew at that point, like, whatever I was doing wasn’t working, and I just was so done with everything and I didn’t want to get myself into more trouble by trying to lie,” she said. “And I knew that I wouldn’t do a good job at it anyway. I’m a horrible liar.”

But what Page, now 27, didn’t know is that Clark County’s top prosecutor and a former inmate-turned-reentry specialist were developing a new program to prevent certain offenders from entering prison. In 2009, Jon Ponder founded Hope for Prisoners, a nonprofit program focused on helping formerly incarcerated people successfully reintegrate into society upon their release. The 18-month reentry program involves job training, mentorship and counseling and, since its debut, has served more than 3,100 men and women.

Now, a similar program called Hope for Second Chances has emerged focusing on pre-entry. Clark County District Attorney Steve Wolfson said watching Hope for Prisoners blossom into “the best reentry program in the country” got him thinking: Why not provide those same services before people go to prison?

“I went to Jon and I said, ‘How about this program?’” he said. “We came up with the fancy name — Hope for Second Chances — and Jon said, ‘Let's do it.’ So it's been up and running about a year now and we're in the process of educating the defense bar and the judges.”

The program has enrolled about 30 people, including Page, who faced yearslong prison sentences for severe offenses such as armed robberies. Unlike Clark County’s Specialty Court programs, which enlist non-violent offenders, Wolfson said Hope for Second Chances targets certain violent offenders, roughly between the ages of 18 and 30, deemed likely to succeed in the pre-entry program. He calls it “smart justice.”

Hope for Second Chances involves an application and interview process, with Ponder and Wolfson evaluating a person’s sincerity and a genuine desire to change. Generally, the selected participants plead guilty to their charges and enroll as a condition of probation.

It’s still serving a very small fraction of offenders. Wolfson said his office processes roughly 30,000 felony cases each year and, of those, a few thousand cases involve guns. The district attorney’s office has five lawyers assigned to a team that handles prosecutions for gun crimes alone.

Hope for Second Chances hasn’t hit its cap yet, although Ponder and Wolfson said they’re still experimenting to find the right enrollment balance. The programs will be under the national spotlight this week as President Donald Trump and Attorney General William Barr attend a Hope for Prisoners graduation ceremony on Thursday.

The pre-entry program relies on wraparound services, such as substance-abuse treatment, to rehabilitate participants whose underlying issues often led to the crime.

“We could send that person to prison and if it was drugs and/or alcohol and they don’t have an opportunity to get those things addressed, well, they’re going to come home three years later and the pendulum is going to swing back the other way,” Ponder said. “And we’re right back into that it is that got you there in the first place.”

After her acceptance into Hope for Second Chances and release from jail, Page immediately entered drug treatment at WestCare for three months. These days you can find her behind the front desk at Civil Werx, a general engineering contractor, where she works as an administrative assistant.

She’s one of three Hope participants that her boss, Donnie Gibson, president of Civil Werx, has hired. The other two employees, including one who served 22 years in prison, came via the Hope for Prisoners program.

Gibson said he has watched his Hope employees take accountability and thrive as a result. It’s a lesson he believes applies to everyone, regardless of any criminal history.

“Whether it’s the Second Chances (program) or whether it’s someone out of 20 years of incarceration, the only way you’re going to move forward in life is to take that accountability,” he said. “If you don’t take accountability for what you’ve done, chances are you’re not going to change.”

Prior to this, Page never held a steady job aside from stints working in retail and as a dancer. She admits there has been a learning curve. Gibson, who’s running for Assembly District 4, might be talking about politics one minute and heavy construction equipment the other — leaving Page typing words or phrases into Google after their conversations.

Slowly, her confidence is building.

“I’m taking the initiative to learn and just to know, like, I can be in this position and be comfortable with it,” she said.

An added bonus: Page can not only attend her older son’s sporting events but buy him the needed shoes and equipment as well. As she eyes the future, she imagines moving up in Civil Werx.