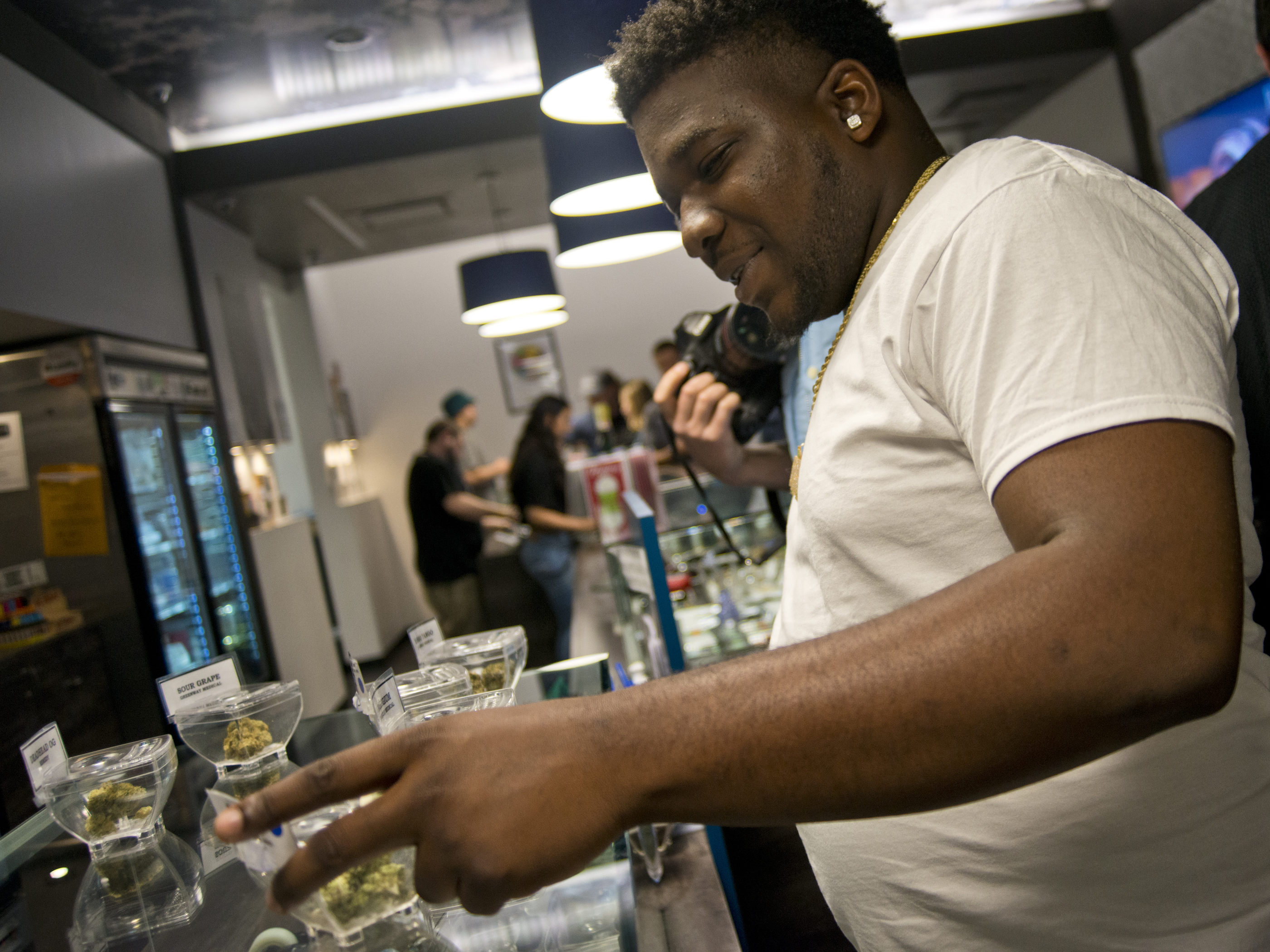 A Nevada consulting firm has bumped up its predictions of how much economic benefit legal marijuana will bring the state in the first seven full years of recreational sales.

RCG Economics released a report Friday that predicts legalized marijuana will produce $8 billion in direct, indirect and induced economic benefits from 2018 through 2024. The report was commissioned by the Nevada Dispensary Association, a marijuana trade group, and reflects a more robust industry than RGC’s 2016 report, which had predicted $7.5 billion in economic benefit over the same period.

“The industry starts getting increasingly stabilized so you have that growth, and then you have the growth in tourism,” said John Restrepo, principal at RGC Economics, about why the new predictions are higher than the earlier ones. “We were very conservative. We used Colorado numbers and other numbers … we just didn't have anything to base it on.”

The firm also upgraded its predictions on the number of jobs that the industry will create. It now projects the industry will employ 10,200 people in Nevada by the year 2024; the study two years ago pegged that number at 6,200.

Government will also benefit from the industry — marijuana is expected to generate more than $1 billion in taxes over seven years, with the bulk of the revenue coming from sales and excise taxes. There is not a direct comparison between that projection and the one made in 2016 because new taxes have come online since then, including a 10 percent excise tax.

At a luncheon where some of the findings were unveiled, dispensary association board member John Ritter stressed that the industry wants to prevent any additional taxation. Recreational marijuana is subject to a 15 percent wholesale tax, a 10 percent excise tax at final sale and regular sales taxes that can be more than 8 percent. Businesses also pay other taxes including payroll and Commerce Tax if they meet the eligibility threshold.

“I think the public perception of this industry is that it was a get rich quick scheme. It didn’t turn out to be the case,” he said. “The tax rate for our businesses is 30 percent or more. That’s not a minor burden for us.”

Ritter worries that further taxation could push the state over a tipping point that would hurt the industry and drive consumers to a cheaper black market. (Restrepo’s study did not quantify the size of the black market, and industry experts said its size has not been determined.)

Industry representatives say they’re encouraged that candidates are not talking about further raising taxes on the marijuana industry, although they said lowering taxes in general is probably out of reach.

“In my opinion, it would a tough sell,” said Andrew Jolley, president of the dispensary association. “We're just getting started and I think it'd be tough to go backward.”

But Jolley said they expect to try in the 2019 session to have taxes reduced for medical marijuana patients. There has been a precipitous drop in the number of cardholders since widespread, adult-use sales began.

One of their other goals is trying to tamp down on people openly and illegally selling marijuana. Although he noted that law enforcement has largely stopped apprehending small-time users, Ritter said there are always people selling marijuana through Craigslist or running illegal delivery services that are advertised online.

Another problem is illegal “pop-up” events that are often set up in Las Vegas Strip hotel suites and run by California producers. Through a chain of social media exchanges, consumers can learn the location of such an event, and buy a wide range of products illegally. Ritter said there have been sting operations, but police resources are scarce.

“They'd love to ramp up efforts to go after the black market, but they're spread thin,” he said. “And we are generating all these taxes and more taxes than were anticipated, and I think we can take some relatively reasonable portion of those taxes and allocate them to local law enforcement to combat the black market.”

Ritter said one potential funding source would be the $5 million each year of marijuana wholesale tax revenue that goes directly to municipalities. Specifically directing at least some of those funds for law enforcement, rather than allowing them for a city’s general fund consumption, could address the problem.

“In the original initiative, it was always contemplated that a percentage of the funds would go to locals, and we'd love to see some of that earmarked for law enforcement,” he said.