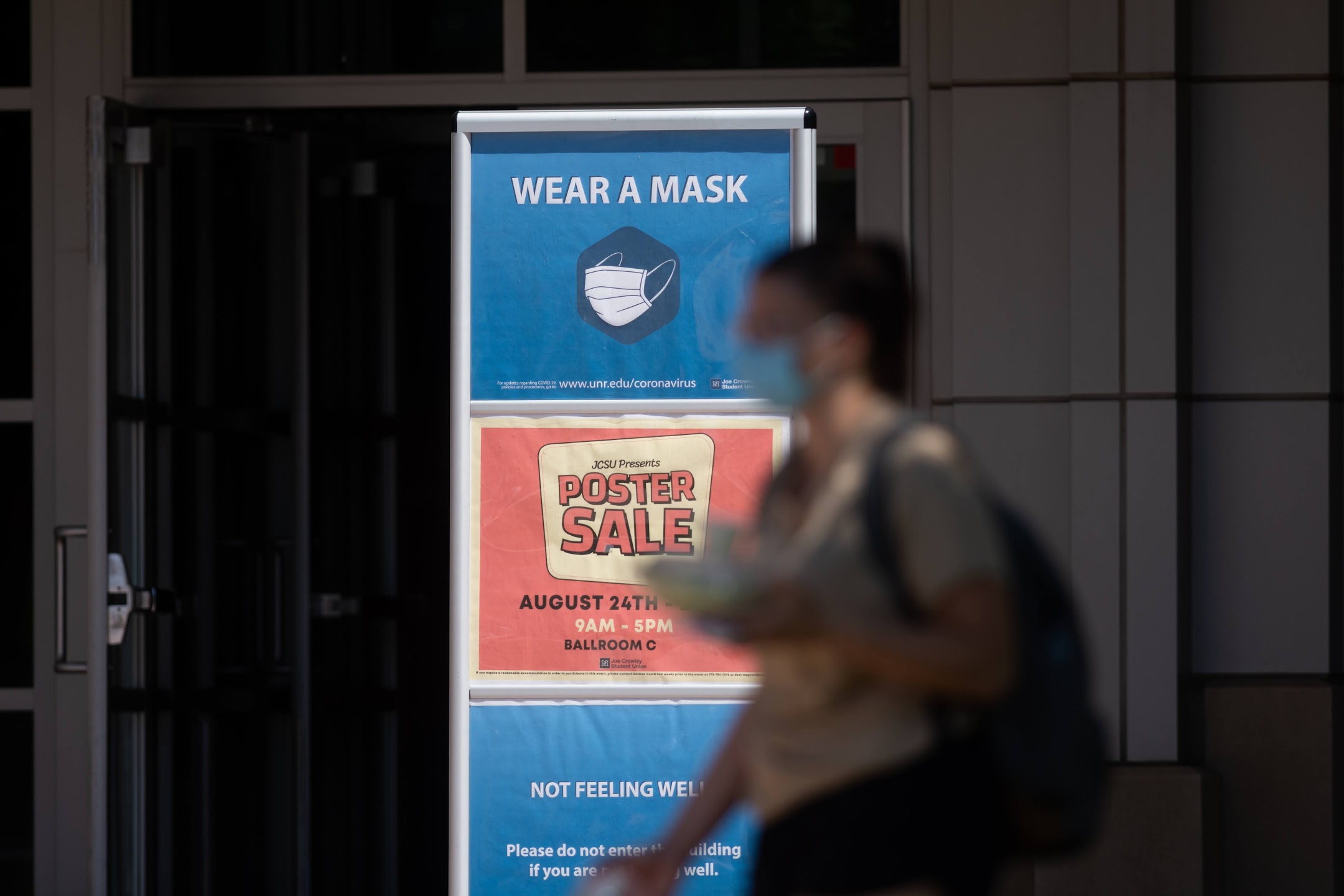 The Nevada System of Higher Education announced late Thursday that it was in the process of drafting a mandate for COVID-19 vaccinations for students returning to college campuses this fall “with some limited exceptions.”

NSHE’s surprise announcement follows a string of decisions to mandate coronavirus vaccinations at colleges and universities across the country. That includes the University of California System of Higher Education, which announced last month that it would require the vaccine and which is explicitly named by Nevada’s system in Thursday’s press release.

It also comes after Nevada institutions had largely backed away from the use of a COVID vaccine mandate. In an interview with The Nevada Independent late last month, UNLV President Keith Whitfield said that the university would instead follow any state vaccine requirements, as they do for other inoculations such as measles or tetanus.

The formal implementation of any mandate will only come after the FDA lifts the so-called “emergency use authorization” for COVID-19 vaccines, and will still require the formal approval of the State Board of Health and the Board of Regents. Only should the emergency use authorization be lifted, the system said, will Chancellor Melody Rose begin work with state and local health authorities and the regents to approve such a mandate.

Still, the announcement marked the first signal by the system that it would make vaccinations a prerequisite for an in-person return to classrooms this fall.

“I fully support the implementation of a mandatory COVID-19 vaccine requirement for students once it is legally viable,” System Chancellor Melody Rose said in a statement. “Our students cannot afford further disruptions to their education if the virus is allowed to spread unabated, which continues to be a concern especially during the colder months.”

The system closed its statement by asking students and families to “prepare for [the] possibility” of the mandate, in addition to encouraging all students and faculty to receive the vaccine regardless of any requirements. However, Thursday’s announcement did not mention any possible similar mandates for NSHE faculty or staff.