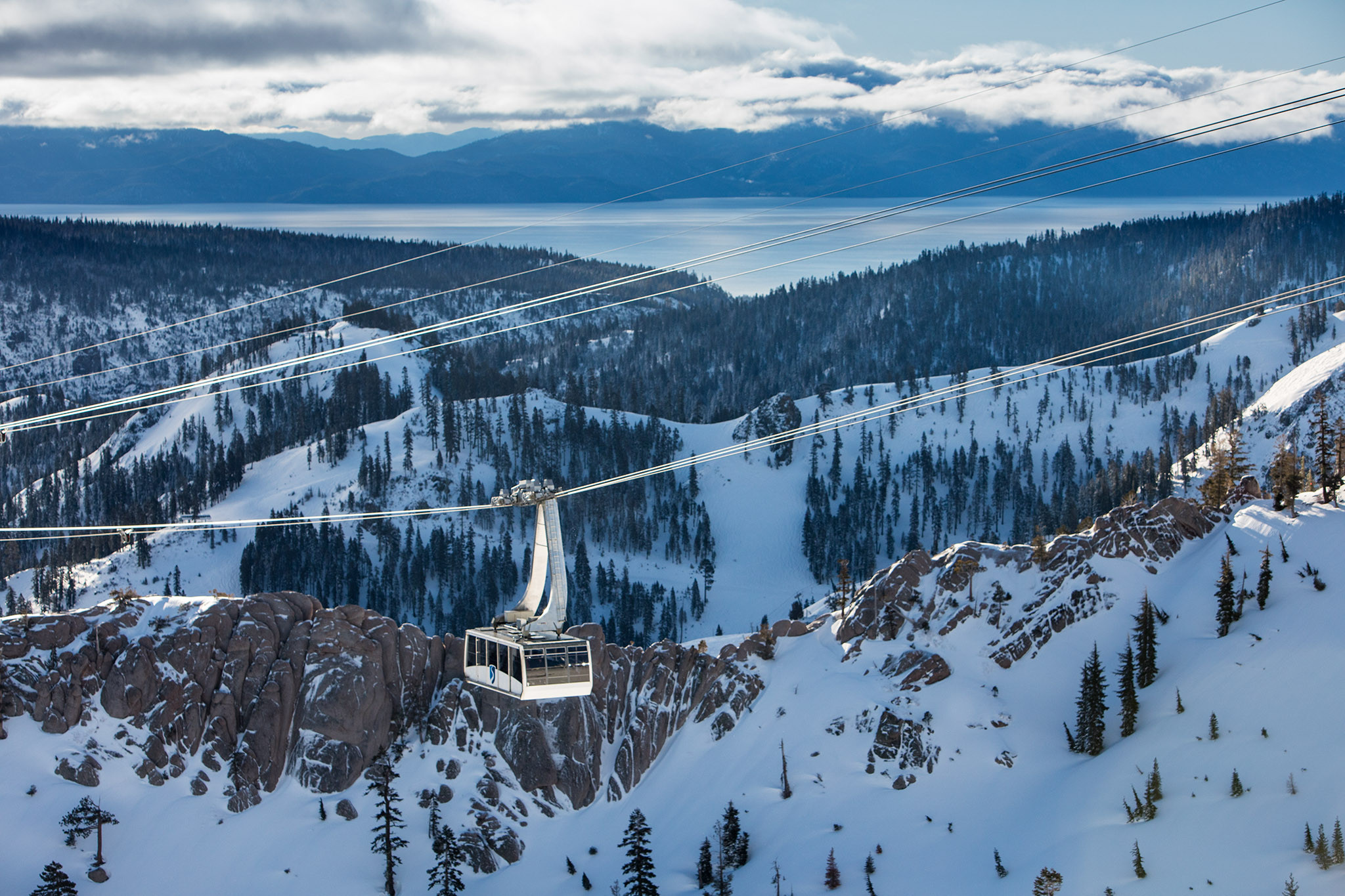 Squaw Valley Alpine Meadows leaders have formally reintroduced the site of the 1960 Olympic Winter Games as Palisades Tahoe in time for the upcoming ski season.

“When the sun rises over Lake Tahoe on opening day 2021, it will be the dawn of something new,” a narrator says in an announcement video published Monday by the company. “Our storied past will remain, but we are evolving … Our old name didn’t match our values, our spirit or who we are. So we will be known by a new name. One we can all be proud of.”

The new name fulfills a promise made last summer when resort officials announced they would drop the “derogatory and offensive” term ‘squaw’ after extensive research and outreach to Native American groups, including the Washoe Tribe of California and Nevada. The ski resort, located in the California region of the Lake Tahoe Basin, sits on the ancestral homelands of the Washoe Tribe.

Native American leaders say the term is offensive to women and carries a racist and sexually explicit connotation.

“The Washoe People have lived in the area for thousands of years; we have great reverence for our ancestors, history and lands,” they said in a press release. “We are very pleased with this decision; today is a day that many have worked toward for decades.”

In addition to research and consultation with the Washoe Tribe, ski resort leaders also conducted surveys, collecting more than 3,000 responses, and held focus groups with local residents, ski pass holders and athletes who frequent the resort while coming up with the new name.

“It is inspiring that after seven decades in operation, a company as storied and established as this resort can still reflect and adjust when it is the necessary and right thing to do,” Dee Bryne, president and chief operating officer for the company, said in a press release.

The ski resort has also launched a new initiative this summer aimed at providing educational tours to the public about the history and culture of the Washoe Tribe led by Cruz, who shares stories with visitors in a lodge at the resort. Through two tours, the company raised more than $1,000 for the Washoe Cultural Fund.

The company also said it will install an exhibit at the high camp area atop the ski mountain showing the Washoe Tribe’s way of life, and is exploring future opportunities to make skiing more accessible for tribal members.

The move by ski resort leaders follows a wave of states dropping the term from place names in Montana, Maine, Arizona, Idaho, California, New York and Utah over the last two decades. The U.S. Forest Service also identifies the term as offensive, as do most major dictionaries. In 2018, a Sierra Nevada mountain ridge identified by the term was renamed ‘Hungaleti,’ meaning, “up there,” by the Washoe Tribe.

The tribe is continuing to work on efforts to rename Squaw Peak, one of the ski mountains at the resort, and Squaw Creek, which runs along the area of the resort.

Updated on 9/13/2021 at 10:25 a.m. to include statements and information from the Palisades Tahoe and Washoe Tribe press releases.