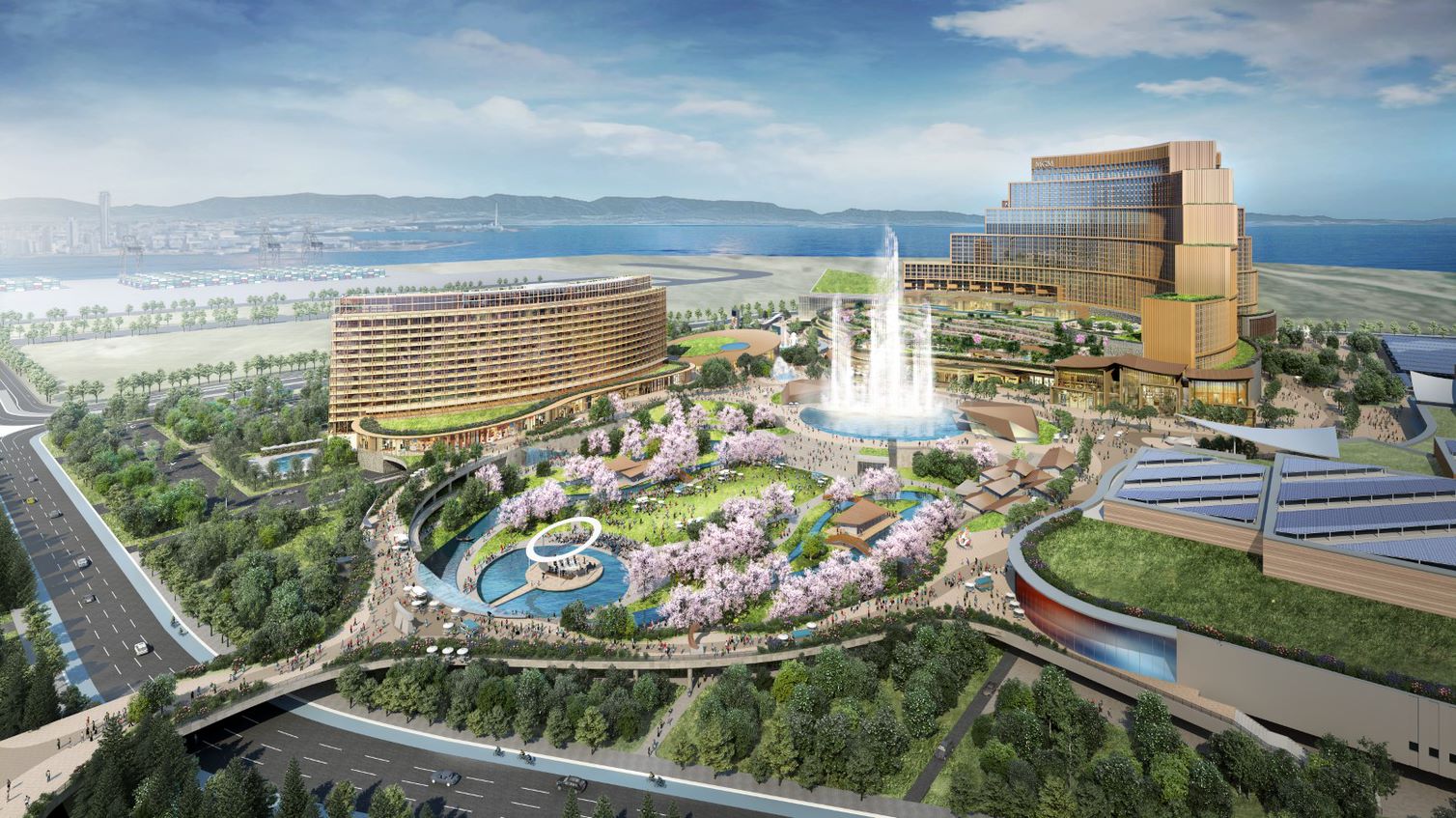 The announcement came a day after the city of Osaka endorsed MGM Resorts International's plans for the country’s first large-scale casino.

In a statement, Caesars said it joined the proposed project, known as Wakayama Marina City, in full compliance with Japanese law and without a financial commitment. Wakayama is located south of Osaka. The consortium is known as Clairvest Neem Ventures (CNV).

“Caesars is an iconic brand, and we are proud to partner with CNV to bring it to Japan," Caesars CEO Tom Reeg said. "We believe our experience blends perfectly with CNV's and look forward to creating something special with them for the Kansai region."

Caesars did not provide any additional details on its role with the project. Caesars dropped out of the Japan integrated resort process in 2019.

Osaka announced on Tuesday it had selected MGM Resorts and its Japan-based joint-venture partner ORIX to develop a proposed $10 billion complex located along the water on Osaka's Yumeshima Island that includes gaming along with a sprawling selection of non-gaming attractions, including 2,500 hotel rooms, more than 700,000 square feet of conference and exhibition facilities and a variety of food and beverage offerings.

Both Tokyo – Japan’s largest city with a population of 14 million – and Yokohama, its second largest, withdrew from the process this year. Japanese legislation passed in 2018 authorized just three integrated resort complexes, which would include casinos and non-gaming attractions, such as hotels, restaurants, stores, conference facilities and entertainment.

Caesars Entertainment withdrew from the Japan-based bidding in June 2019 when the company announced its $17.3 billion merger with Eldorado Resorts. At the time, Reeg said Caesars wasn’t interested in international development. Earlier this year, Reeg said Caesars was no longer involved in a project in South Korea.

Las Vegas Sands executives withdrew the company from the Japan licensing process in May 2020 after once vowing to spend $10 billion to $12 billion on a casino resort in Tokyo or Yokohama. Wynn Resorts dropped out of the Osaka process in 2019 and company representatives said they would focus attention on Japan’s Kanto region, which includes the Greater Tokyo market and several smaller cities.

“While (Japan) appears to be set at the current three locations, there are some scenarios that would allow for additional sites to be added either because not all three are selected or another site emerges before the April 2022 deadline,” Bussmann said.

Japan’s path toward legalizing casinos has taken almost two decades and has attracted the interest of major casino companies from both the U.S. and Asia.

The draw was due to a populous Asian market and estimates that Japanese casinos could bring in between $20 billion and $25 billion in annual gaming revenues, which at the time was second only to Macau – which took in $37.6 billion in 2018 – and more than triple the yearly figures produced by the Las Vegas Strip.

However, a dip in the Japanese economy and the country’s efforts to fund the 2020 Tokyo Olympics, which was delayed for a year by the COVID-19 pandemic, slowed the process.

MGM Resorts, however, was not deterred and continued on the path with Osaka. According to the company, the plans unveiled Tuesday showed a project designed to help establish Japan as a global tourist destination, with Osaka serving as a city for international business, travel and world-class amenities and entertainment.

"We will work closely with prefectural/city municipal governments to deliver an iconic, uniquely Japanese destination warranting Osaka's selection as home to one of Japan's first integrated resorts,” MGM Resorts CEO Bill Hornbuckle said in a statement.

MGM Resorts said the company, ORIX and Osaka will submit an area development plan to Japan's central government during the application period that begins next month and runs through April 2022. Integrated resort licenses are expected to be issued by the central government next year. If selected to receive a license, MGM Resorts said it would anticipate an opening date in the second half of the decade.

Meanwhile, Las Vegas Sands is focused on its six casino-resorts in Macau and the Marina Bay Sands in Singapore. The company is spending more than $5.5 billion combined to expand operations in both markets.

During a quarterly earnings conference call in July, Las Vegas Sands Chairman and CEO Rob Goldstein cut off any talk about using proceeds from the company’s pending $6.25 billion sale of its Las Vegas properties to fund a renewed effort in Japan.

“We tried very hard. We left with a feeling that there was just too much uncertainty for us,” Goldstein said. “We can always revisit something based on a change in circumstance, but at this point, we remain on the sidelines.”

A source close to Las Vegas Sands said it was unlikely the company would re-enter the process, even if Tokyo were to come alive.

Bussmann said, however, he would “have a hard time imagining that a company like Las Vegas Sands” would not jump back into the picture.

“With their Asian-centric approach and Japan still having a strong market potential, it would be difficult to see how a company like that would pass up on this opportunity,” Bussmann said.