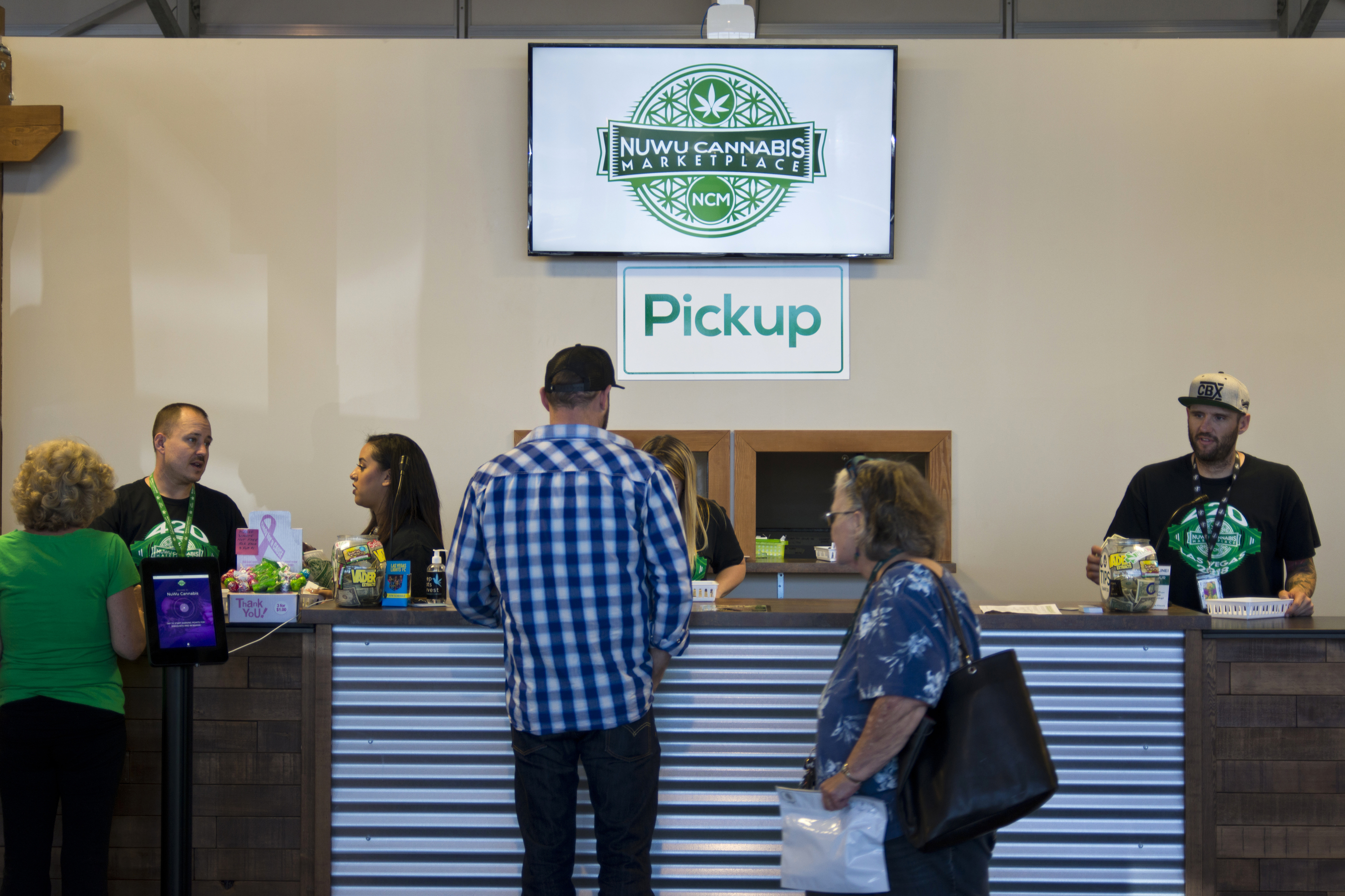 Nevada’s alcohol tax collections dropped during the pandemic, though tax officials attributed that more to a lack of wholesale purchases from casinos or bars than from any surge in teetotalers.

Even with the COVID pandemic waning, state tax officials told legislators this month that Nevadans have made what appear to be some permanent shifts in how they buy legal marijuana through pick-up and delivery modes. Understanding changes in consumer behavior is key for legislators and tax officials, who use the information to make tax revenue projections while crafting state budgets.

Marijuana delivery options were available but not widely used until restrictions on in-person marijuana store activity began in March 2020. Nevada Cannabis Compliance Board (CCB) Director Tyler Klimas said deliveries have increased tenfold, growing from an average of 3,000 delivery transactions per month pre-pandemic to now close to 30,000 transactions each month.

“It’s significant that number is over double than it was before, so obviously consumers are getting used to delivery and they are still utilizing delivery,” Klimas said during the Legislature’s Joint Interim Standing Committee on Revenue meeting last Wednesday.

Drive-thru options were available prior to the pandemic, but only one marijuana dispensary in Northern Nevada offered that pickup method. Klimas said CCB has seen drive-thrus become much more widely used by dispensaries across the state during the last two years.

Unlike drive-thrus, a curbside pickup option was an afterthought for CCB as it was not part of the original regulations governing legal marijuana sales and thus not used before the pandemic. Klimas said the structure and framework for curbside pickup was set up under the emergency rules, which initially allowed dispensaries to operate but only through delivery services.

“It was very successful in allowing the industry to continue to make sales and keep their business going through the pandemic,” Klimas said. “We have since put it in our regulations and it continues to be utilized as a successful model.”

Alcohol tax collection in Nevada decreased by 5.7 percent in fiscal year 2020 — which ran from July 1, 2019 to June 30, 2020 — compared with the previous year, according to data from the Legislative Counsel Bureau’s Fiscal Analysis Division. The decrease in tax collections was the most significant since the 2009 recession and was largely attributed to fewer visitors coming to Nevada and reduced demand from bars and restaurants.

“You have the major purchasers of alcohol in this state, be it your large casinos, your restaurants, other hospitality venues and establishments, that would be purchasing and then reselling a significant amount of liquor, not being able to do so either because of closures or because of travel restrictions,” Legislative Counsel Bureau Deputy Fiscal Analyst Michael Nakamoto said.

While liquor sales are a relatively small portion of the state’s budget, they do support a wide range of state programs, including aid for victims of crime.

Nevada collected $49.7 million in liquor tax revenue in fiscal year 2019, roughly 90 percent of which was distributed to the State General Fund, according to the Guinn Center for Policy Priorities. The remainder was transferred to counties through the Consolidated Tax Distribution, deposited in the Liquor Program Account and allocated to Aid for Victims of Domestic Violence and community juvenile justice programs.

So far this fiscal year, the state has recorded close to $669 million above the forecast in general fund revenues, according to Russell Guindon, a fiscal analyst with the Legislative Counsel Bureau. However, he said it’s unlikely that the second half of 2022 will perform as strongly because the increase in revenue can be attributed to the distribution of federal stimulus funds.

“Are we sitting here thinking we are going to be $1.2 or $1.3 billion above the forecast … by the end of the fiscal year? I don’t think so,” Guindon said. “We think this $668 million, that delta could continue to grow, but you won’t see the orders of magnitude that we’ve seen in the first half in the second half.”