Poll: Majority of Nevada voters in favor of moving from caucuses to primary elections 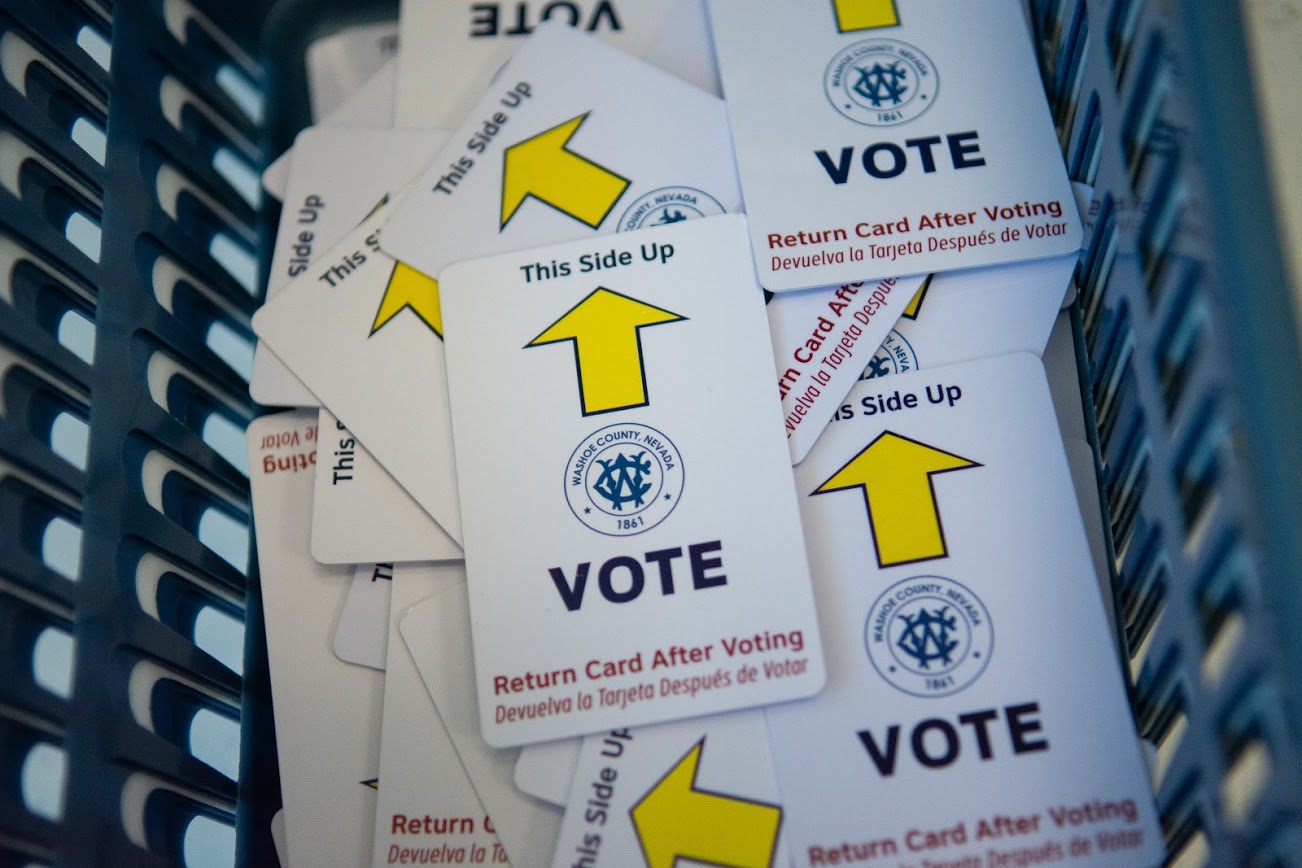 A recent poll of roughly 800 registered Nevada voters found that a majority of respondents are in favor of political parties using primary elections, rather than caucuses, to select a presidential nominee.

The results of the poll, conducted through an online survey from July 6 to July 11, show that 52 percent of the 783 respondents believe Nevada should “use primaries when selecting a nominee for president.” Only 16 percent of people polled supported the continued use of caucuses, while 32 percent had no opinion. The poll had a margin of error of 3.5 percent.

Primaries are run by state and local governments, and voting happens through secret ballot, often using voting machines. Caucuses, which are typically private meetings run by political parties, are more freewheeling, sometimes hours-long events wherein voters physically gather into groups in rooms to express their support for a candidate and often try to persuade other participants to choose their candidate.

In 2020, Nevada was one of only five states to hold either a Democratic or Republican caucus.

“We saw that … most Nevadans are ready to move away from caucuses and to primaries,” Mike Noble, the chief pollster for OH Predictive Insights, said in an interview with The Nevada Independent. “And it's all cross-party support, which is interesting given the hyper-polarization that's going on between the two parties.”

The bill switching Nevada to a primary system passed out of the Assembly on a 30-11 vote and out of the Senate on a 15-6 vote, with all Democrats and a few Republican lawmakers supporting the measure in each house.

In the poll from OH Predictive Insights, which conducts public opinion surveys in Arizona and Nevada and received a “B/C” grade in FiveThirtyEight’s pollster ratings, nearly half of respondents showed a misunderstanding or lack of understanding of the electoral systems.

Registered Nevada voters were first asked: “Thinking about how parties select their nominees for president, what do the terms ‘caucus’ and ‘primary’ mean?” Fifty-five percent of respondents selected the correct definitions of caucus and primary, while 45 percent were incorrect or unsure about the differences between the two terms.

The second poll question defined the terms for respondents, describing a caucus as “a system of local gatherings where voters decide which candidate to support” and a primary as “a statewide voting process in which voters cast secret ballots for their preferred candidates.” The poll then asked: “Should Nevada continue to use caucuses or should it use primaries when selecting a nominee for President?”

Respondents ages 55 and older most commonly supported a transition to the primary system, as 64 percent of that group favored a switch, compared to 42 percent of respondents in the ages 18 to 54 group.

Sisolak signed AB126 into law on June 11, and the measure sponsored by Assembly Speaker Jason Frierson (D-Las Vegas) is set to take effect in 2022. In 2024, Nevada will hold its first statewide presidential primaries in more than 40 years.

“It seems like they're … going in the right direction with moving away from caucuses to primaries because clearly the Nevada electorate agrees with that across party lines,” Noble said.