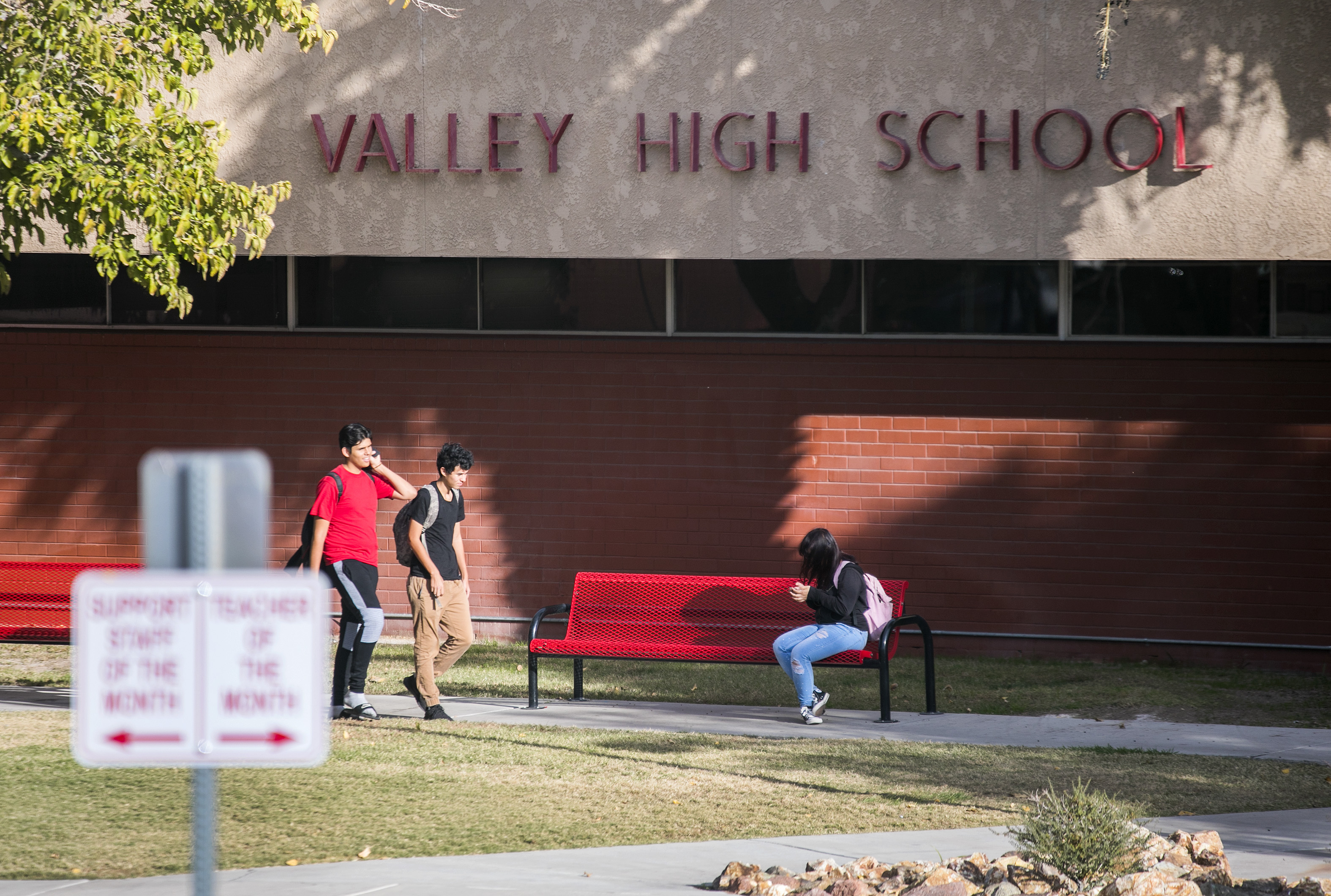 It’s called the “Wellness Center,” a place where students can seek help for their physical and mental-health needs. One half provides services such as dental and vision care, while the other half offers group therapy and individual counseling sessions to students battling depression, anxiety or the lingering effects of trauma, among other mental-health issues.

“At Valley High School, we don’t just teach math and science and social studies,” she said. “We teach the whole child, and so that means providing community resources.”

The on-campus clinic, operated by two nonprofits, debuted in fall 2016 after Esparza realized many students were coming to school without their basic needs met.

The school — located in central Las Vegas near Eastern and Sahara avenues — has one of the highest homeless student populations in Clark County, and more than 70 percent of its teens qualify for free or reduced-price lunches. Many students are also learning English or have recently moved to the United States: Sixty-plus new students at the school this year are refugees from countries such as Syria, Sudan and the Democratic Republic of the Congo.

When students appear angry, sullen, withdrawn or anxious, it could be indicative of a deeper problem, said Esparza, who is in her fourth year as Valley High School’s principal. Maybe it’s dysfunction at home, past trauma surfacing or something else entirely.

“It would shock you what our kids have been through,” she said. “Anything and everything that you can imagine that’s not good in the world — they’ve experienced.”

That’s why Esparza deemed it important to address students’ underlying issues. The United Citizens Foundation, the nonprofit delivering the mental-health services, initially feared not enough students would come forward for help. The opposite happened.

“What we have found is we don’t have enough counselors,” Esparza said.

The Wellness Center has one full-time mental-health counselor and a social worker who work together to accommodate all the students needing support. Roughly 40 students visit the clinic for mental-health services on a regular basis so far this year — and that’s on top of students who walk in for unscheduled help each day, said Dr. Melanie Lum Ho Bison, the nonprofit’s executive administrator who also serves as the mental-health counselor.

The nonprofit recently began offering mental-health services at Basic High School, and there’s already a list of students needing access, she said. The services are free to students.

“Anybody that walks in the door, we’re going to assist them,” she said.

Bob Weires, the director of psychological services for the Clark County School District, said the district would like to expand school-based health centers that offer mental health services, but funding remains the tricky part.

United Citizens Foundation, for instance, relies on a combination of revenue sources to keep afloat, including health grants, Medicaid reimbursements and corporate donations. The nonprofit also recently opened a standalone clinic, which will bill patients and offset some of the expenses of providing services within the school district, Lum Ho Bison said.

Over the last five to six years, more students are coming to school and disclosing mental health-related problems, Weires said. He agrees with Esparza’s mindset — that schools need to go beyond reading, writing and arithmetic and address the whole child.

“We are all about reinforcing the message of that principal,” he said. “It’s about the well-rounded development of each and every child.”

As far as Esparza is concerned, Valley High School’s Wellness Center is proof of the difference mental-health support — including yoga taught by the social worker — can have on students. It has helped the school climb to a graduation rate of 73 percent in 2016 after being at 49 percent just five years ago, she said.

“They’re coming to school,” she said, referring to students receiving the services. “Their grades are improving. They’re not in the dean’s office.”