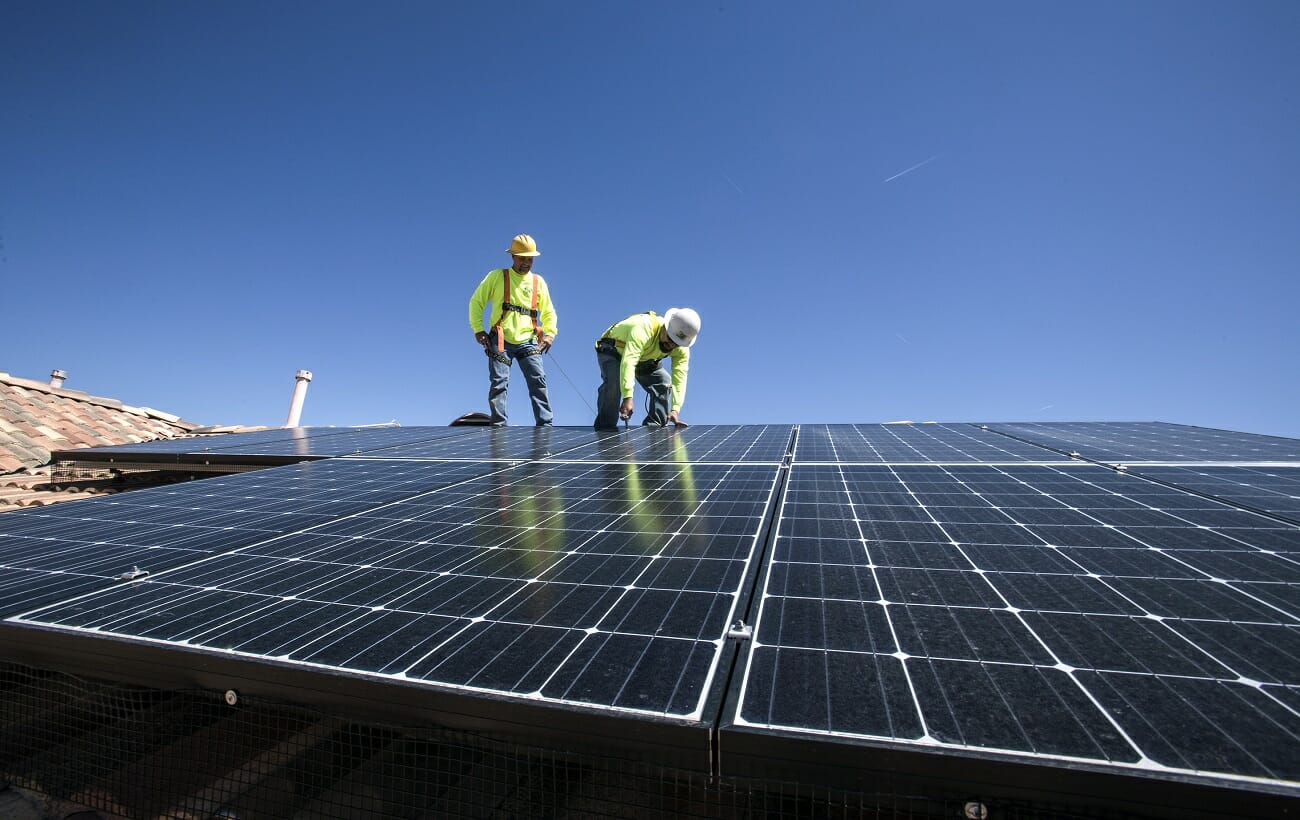 After a brief discussion and a minor word changes, the two sitting members of the PUC approved a draft order on an application filed by NV Energy in response to legislation passed during the 2017 Legislature reinstating more favorable rates for net metering customers — allowing rooftop solar customers to receive a credit tied to the retail price of electricity for energy generated and put back on the grid.

One change to the 28-page draft order came from Commissioner Ann Pongracz, who expressed concern that language indicating the commission was required to keep NV Energy “financially whole” could lead to problems down the road and suggested changing the phrase to “financially viable.”

“The utility is not insulated from risk,” she said. “It’s not the duty of the commission to ensure that the utility remains whole.”

Commission chairman Joe Reynolds, who drafted the order, said the change was still consistent with his original intent of the order to show that the commission’s goal of balancing the needs of customers with the utility weren’t necessarily exclusive.

“I don’t see some of these issues as a zero sum game,” he said. “A win for some of these solar advocates doesn’t have to be a loss to NV Energy.”

Reynolds also suggested that the order’s creation of a regulatory asset — a budgetary account allowing the utility to measure any loss in revenue from net metering adoption and potentially make it up in future rate cases — was merely a “safety net” that “might not even be necessary.”

In a statement, utility CEO Paul Caudill said the company recognized the difficulty involved in crafting the decision and pledged to move forward with the requirements outlined in the order.

"The NV Energy team is preparing to implement the program changes outlined in today’s decision and will work diligently to support our customers who decide to move forward with private solar generation," he said in an emailed statement.

Members of the rooftop solar industry were more jubilant — Radiant Solar Solutions general manager Kevin Romney said the decision was the final hurdle to getting his team "back to work."

"Today's decision finally brought solar back to Nevada," he said in an email.

Under the order, NV Energy has until December 1 to implement the new rate program, and net metering applicants who submitted an application for the program since the bill was signed in June will be eligible for a temporary “rate rider” on their power bill.

After more than a month of contentious deliberations between NV Energy and rooftop solar companies, the state’s primary utility regulators have issued a draft decision that gives all parties some, but not all, that they want.

In a draft order published Thursday afternoon, Nevada’s Public Utilities Commission approved and denied in part an application filed by NV Energy that contained a controversial proposal to raise baseline rates for all electric customers in the state to help pay for the alleged cost of net metering customers — a program allowing customers with rooftop solar panels to receive a credit for energy generated and placed back on the grid.

But the draft order, which still needs to be approved by the Commission during its Friday meeting, grants the utility it’s second wish — use of a “regulatory asset” to measure and level off any debt incurred by placing rooftop solar customers in the same class as all other customers.

“While it may be speculative as to whether and how much NV Energy may under-collect, (if it does so at all), fairness swings both ways,” the order says. “The PUCN has a legal duty to ensure NV Energy has an opportunity to earn a fair rate of return on its investment and be kept financially whole, especially as energy goals and technologies in Nevada evolve and grow.”

Use of a “regulatory asset” — which NV Energy said could lead to a “legal deficiency” if not implemented — was necessary to fairly implement AB405, a piece of legislation passed overwhelmingly by the 2017 Legislature and designed to “immediately” bring back the state’s moribund rooftop solar industry. The legislation prohibits the utility from charging net metering customers any fees or surcharges different than those paid by normal electric customers.

Under the bill, new rooftop solar customers will be able to enroll in a net metering program allowing them to receive a credit for “excess” energy returned to the electric grid based on a percentage basis of the retail rate of electricity, with the credit declining as more applicants sign up for the program. The first tier, or tranche, is for 95 percent of the retail price, with the percentage lowering every 80 megawatts’ worth of of applicants until hitting a floor of 75 percent.

The PUC’s order cleared up a point of contention between the utility and solar companies over how to determine the cutoffs for each “tranche,” and sided with NV Energy in requiring a “hard stop” once 80 megawatts worth of applications are received, not 80 megawatts of actually installed capacity.

But the order ruled in favor of rooftop solar companies over the question of whether the “excess” generated electricity should be measured over a monthly billing period or every hour, as proposed by NV Energy. The commission stated in the order that the “plain language” of the bill favored an interpretation of moving back to “traditional” monthly kilowatt net metering.

“Irrespective of whether NV Energy is advocating for sound policy, its proposal is not consistent with the law,” the commission wrote.

The order also requires the utility to offer a temporary “rate rider” to net metering applicants who applied after June 15, 2017 (the day the bill was signed into law), until the program itself is implemented and the first 80 megawatt tranche begins opening up. It gave NV Energy a deadline of December 1 to implement the new rate program.