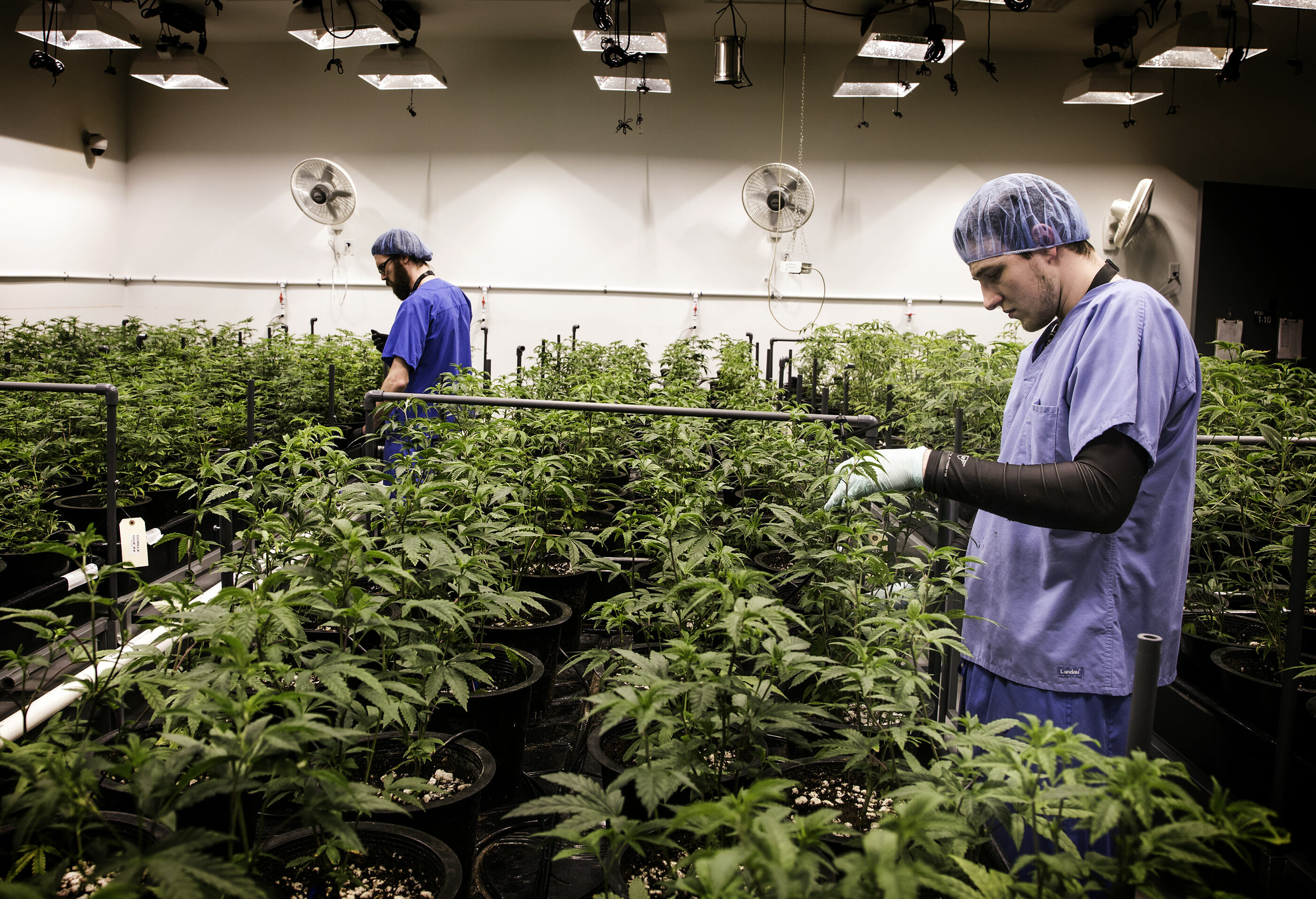 In Reno cultivator Sarah Rosenfeld’s recent experience, the top dollar a pound of marijuana bud or flower might fetch at wholesale prices is about $1,800 to $2,000, and that’s if it’s packaged and has a high concentration of the active ingredient THC. Something in bulk with less potency might be closer to $900.

But according to the Nevada Department of Taxation’s newest determination this summer, the fair market value of cannabis flowers or buds is $2,074 a pound, and state law requires a 15 percent wholesale tax be applied to that value. Farmers say the assumption that they’re receiving approximately that high price at every sale is causing strain as they’ve struggled with falling pot prices since a pandemic peak at the same time they’re reckoning with rapid inflation.

Industry groups want the Cannabis Compliance Board (CCB) and Nevada Department of Taxation to revisit the way they determine the tax rate. Under the existing model, the fair market value calculation is based on the price of marijuana over a six-month period that is at least one full quarter behind the current one.

That means prices from as far back as October 2021 — when sales prices were higher than they are now — are influencing the tax rate almost a year later and forcing cultivators to pay effective tax rates that can be closer to 30 percent, or double the 15 percent that the Legislature intended.

“The market’s currently down,” said Layke Martin, executive director of the Nevada Cannabis Association. “We’re still paying tax based on a price calculated when the market was higher.”

Martin is hopeful that the timeframe could be shortened, so tax rates better represent the fluctuations in price. Colorado’s system, for example, reassesses the fair market value quarterly so lag time is no more than about four months.

“If we are going to use the fair market value calculation, it's just important to get it as close to the actual price as possible,” she said.

Rosenfeld also believes the state needs to refine its formula further, setting different fair market values for subsets of the “flower/bud” category to reflect the wide swings in cost based on product potency and whether the cannabis is packaged.

Martin said recent conversations with state officials on the matter have been encouraging, although it’s not clear when the system might change. Asked for comment on if or when the formula might be adjusted, a CCB spokesperson said the agency “is committed to assisting the Department of Taxation in providing any data necessary to determine the Fair Market Value.”

The industry has been in somewhat of a slump lately — a trend seen in other markets, too, and attributed to factors including consumers having less discretionary cash as other costs of living go up.

Nevada’s taxable marijuana sales statewide totaled $72 million in June 2022, down from $92 million the same month a year earlier — a 22 percent drop. Rosenfeld notices the pinch in the rising costs she’s having to pay to run her business, but also in how the dispensaries that buy from her seem to be taking longer and longer to pay for the product.

While marijuana proprietors are prone to do whatever they can to hold on to their hefty front-end investments to get into the industry in the first place, she said, smaller companies that get desperate may need to sell out at bargain basement prices to avoid losing everything.

“Businesses wind up being bought by much bigger businesses. And so you have a situation where you're only going to have large corporate cannabis,” she said. “It's sad that they're pushing people into that position.”