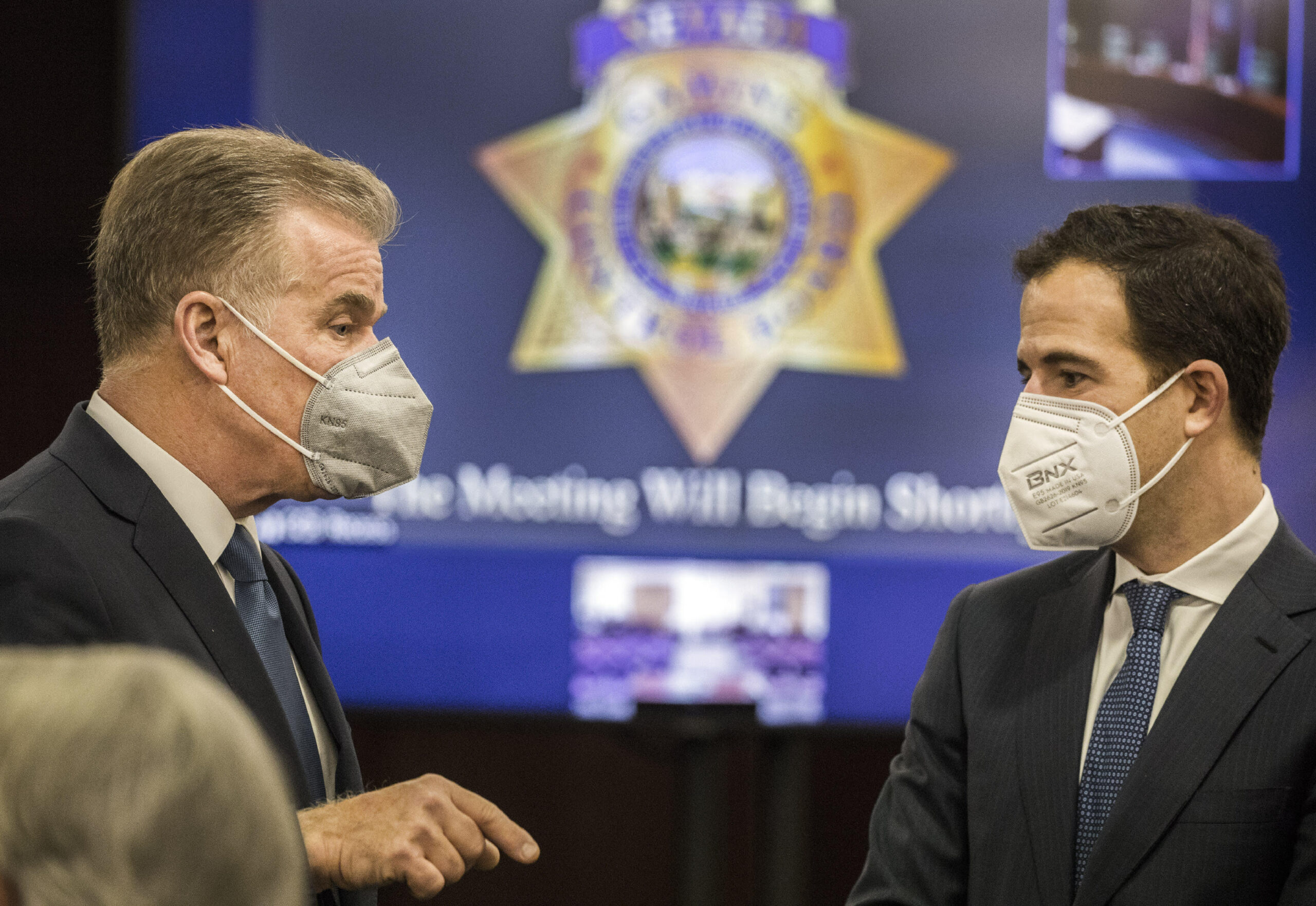 Much of the more than two-and-a-half-hour hearing in Las Vegas focused on what regulators described as the “elephants in the room,” including the firm’s controversial former chairman Leon Black and the reasons behind Apollo’s two-year-long bankruptcy reorganization that ended its 11-year ownership of Caesars Entertainment.

Apollo is acquiring the operations of The Venetian, Palazzo and Venetian Expo Center for $2.25 billion. Las Vegas Sands is providing $1.2 billion of seller financing with the private equity company putting up $1.05 billion. Real estate investment trust VICI Properties is paying $4 billion for 63 acres of Strip real estate, as well as an additional 19 adjacent acres off Koval Drive where the $1.8 billion MSG Sphere is being developed.

The three-member control board unanimously approved the transaction, which will be considered by the Nevada Gaming Commission on Feb. 17.

“I appreciate the explanations and I'm happy to support these applications,” said control board member Philip Katsaros, who said he “wasn’t 100 percent sure” about Black and asked several pointed questions.

Apollo partner David Sambur and General Counsel for Litigation and Regulation Brian Carney said Black is considered a minority investor, has no authority over the company’s operations and is not planning to try to rejoin Apollo’s board.

Katsaros said the control board would continue to monitor any activity surrounding Black, and Chairman Brin Gibson noted that regulators could question Apollo any time after the company is licensed.

Sambur, during a long presentation to the board, said the company views the Sands properties, which have a combined 7,100 hotel rooms, 225,000 square feet of casino space and 2.3 million square feet of convention space, “as expansion opportunities.” He told the control board Apollo is already developing a master plan for the facilities.

“There is room for growth, and we see that opportunity,” Sambur said.

He said the current Venetian management, led by General Manager George Markantonis, would remain in place.

“Our philosophy is we're going to empower the management teams to continue to operate,” he said.

Markantonis told the control board he has assured Venetian employees the transition to new ownership would be seamless. He said roughly 500 of the original 4,000 employees that opened the Venetian in 1998 are still employed at the property.

Much of the hearing covered Apollo’s ownership of Caesars, which began in 2008 as a $30 billion leveraged buyout of the casino operator in partnership with fellow private equity firm TPG Capital. The firm’s ownership ended in 2019, two years after completion of a complicated two-year Chapter 11 bankruptcy restructuring that changed Caesars’ ownership structure and wiped $16 billion of the company’s pre-bankruptcy $25.6 billion in debt off the books.

“Caesars was not our most successful investment,” Sambur told the control board.

However, he said the Caesars purchase and the Sands deal are the “complete opposite.” There is far less debt associated with the Sands transaction and the payments are far more favorable.

Sambur said the transaction was structured based on the notion that Las Vegas would return to pre-pandemic revenue totals by 2025. Last week, the control board said Strip casinos collected a single-year record $7.07 billion in gaming revenue in 2021.

“Gaming has been a core vertical of ours,” he added, highlighting the company’s ownership of casino operator Great Canadian Gaming, lottery provider Lottomatica and its large stock holdings in Las Vegas-based gaming equipment provider PlayAGS.

Apollo was also an investor in the Aliante Casino in North Las Vegas before it was sold to Boyd Gaming.

Sambur said the Caesars transaction was signed during Christmas 2006 and closed in January 2008.

“The world fell apart in between, and we were digging ourselves out from the start,” Sambur said. Still, he noted the company invested $2.4 billion into Caesars’ Las Vegas operations, including renovations at Caesars Palace, the acquisition of Planet Hollywood, transforming the Imperial Palace into the Linq Hotel, building the Linq retail complex and rebranding the Barbary Coast as The Cromwell.

“We were working with the management team and reinvesting where we could,” Sambur said. “Ultimately, we didn’t succeed.”

Sands to stay in Las Vegas

As part of the licensing, gaming regulators approved a transfer of The Venetian’s operations into a holding company which Apollo is acquiring. The move necessitated the appearance of Las Vegas Sands Chairman and CEO Rob Goldstein at the hearing.

Las Vegas Sands decided in October 2020 to put its Las Vegas operations up for sale. Goldstein said the "overwhelming majority of our income is from Macau and Singapore" and the company made the decision to focus on those markets.

The deal with VICI and Apollo was announced in March 2021, less than two months after the death of company founder Sheldon Adelson.

Goldstein told the control board the company, which has been in Las Vegas since the early 1990s, would keep its corporate offices in the community, having bought a complex on Durango Road in the southwest valley with space for 300 employees.

“We'll be here. We're committed to Las Vegas and the community,” Goldstein said.