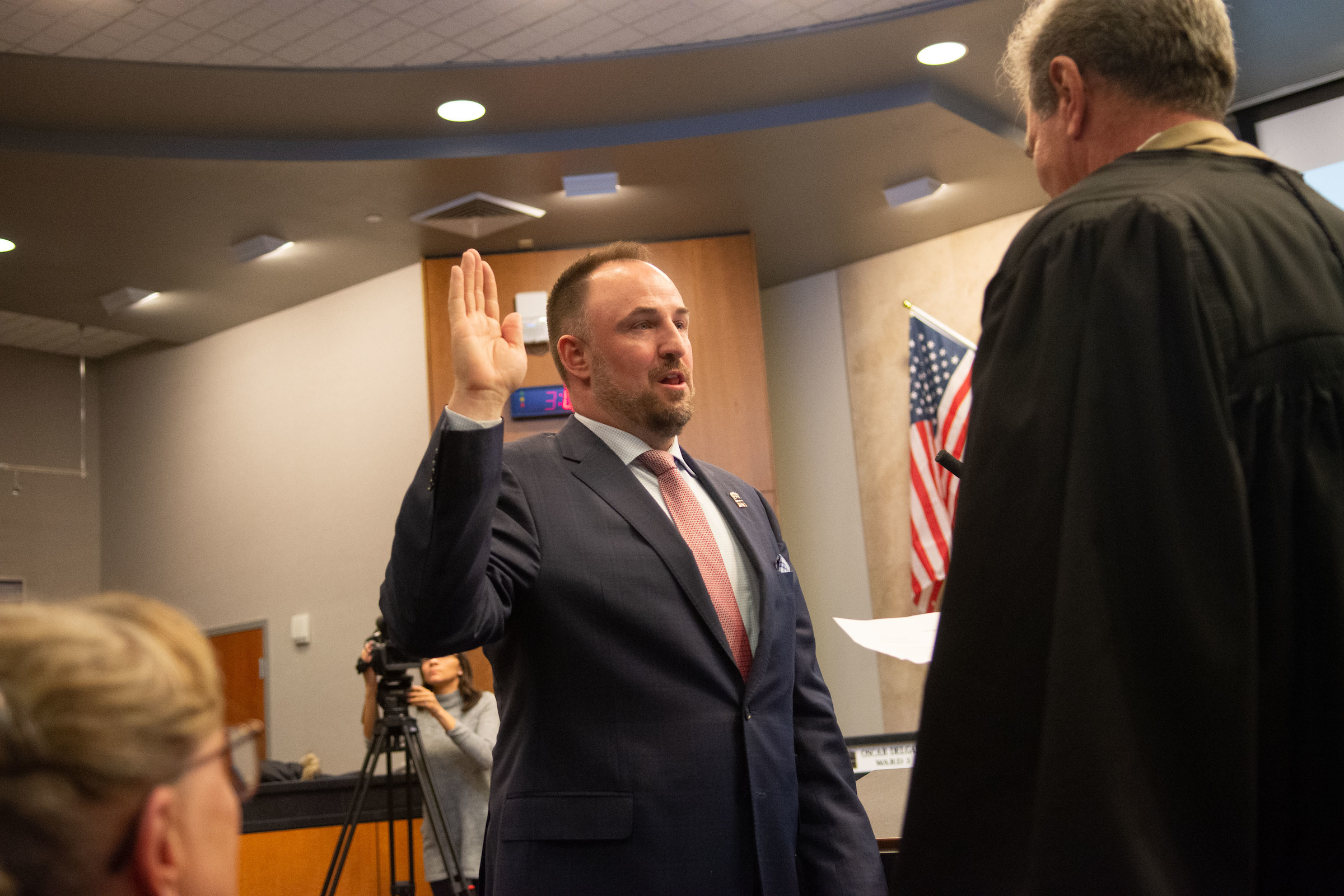 The Reno City Council voted unanimously Friday night to appoint attorney Devon Reese to fill an open seat on the seven-member board. The vacancy was created in mid-January when then-Councilman David Bobzien took a position to lead Gov. Steve Sisolak’s energy office.

Reese’s selection ends a two-week process by the council to find a replacement. The city received 144 applications to serve out the rest of Bobzien’s term on the council’s one at-large seat, which represents the entire city. All other council members represent wards.

“I am so humbled and privileged to be here in this moment with all of you,” Reese said after he was seated and made his first motion — to adjourn the five-and-a-half hour meeting.

In an interview with The Nevada Independent before his appointment, Reese argued that his background in representing businesses, labor and governments would help him on the council, which often deals with those issues as it negotiates contracts and manages city services.

Reese said he would like to see more consensus on the council.

“I would certainly like to see people find more opportunity for consensus and commonality,” Reese said last week. “I think what divides us is far less than what unites us.”

Reese, who said he was the youngest of eight siblings and the son of a janitor and nurse, echoed that sentiment in the meeting, rattling off jargon and acronyms about collective bargaining and municipal accounting, something that resonated with council members.

Councilwoman Jenny Brekhus, who represents Ward 1, said that she appreciated “anyone who mentions the word CAFR three times,” referring to a Comprehensive Annual Financial Report.

Reno Mayor Hillary Schieve said it would be useful to have a lawyer on the council.

“With Devon's legal experience, he has that slight edge,” she said before the vote.

According to the city charter, the council is required to fill a vacancy within 30 days or vote to hold an election. After a long debate, the council opted to pursue the appointment process. An all-mail election would have cost up to $200,000 and would have left the seat open for months.

In January, several council members said they wanted to appoint an applicant who planned to run for re-election at the end of Bobzien’s term in 2020. Having run for office in the past, Reese fit that criteria. The Reno lawyer, a Democrat, lost a state Senate race to GOP Sen. Heidi Gansert in 2016.

The Friday meeting consisted of public comments and council members asking the four finalists questions for about 30 minutes on topics ranging from body cameras to climate change to whether a mayor should be considered the same as a council member under the charter.

Brekhus asked Reese how he would handle a potential conflict in collective bargaining, as he has represented the Reno Police Protective Association in the past. Reese noted that he had also represented governments, giving him experience negotiating at both sides of the table.

“I have sat at the side of the [government] and I have also sat on the side of the public employee union,” he said. “And in doing so, it has allowed me to be the best and most effective candidate… As a lawyer, I have a particular set of skills that would be ideal for someone sitting among you.”