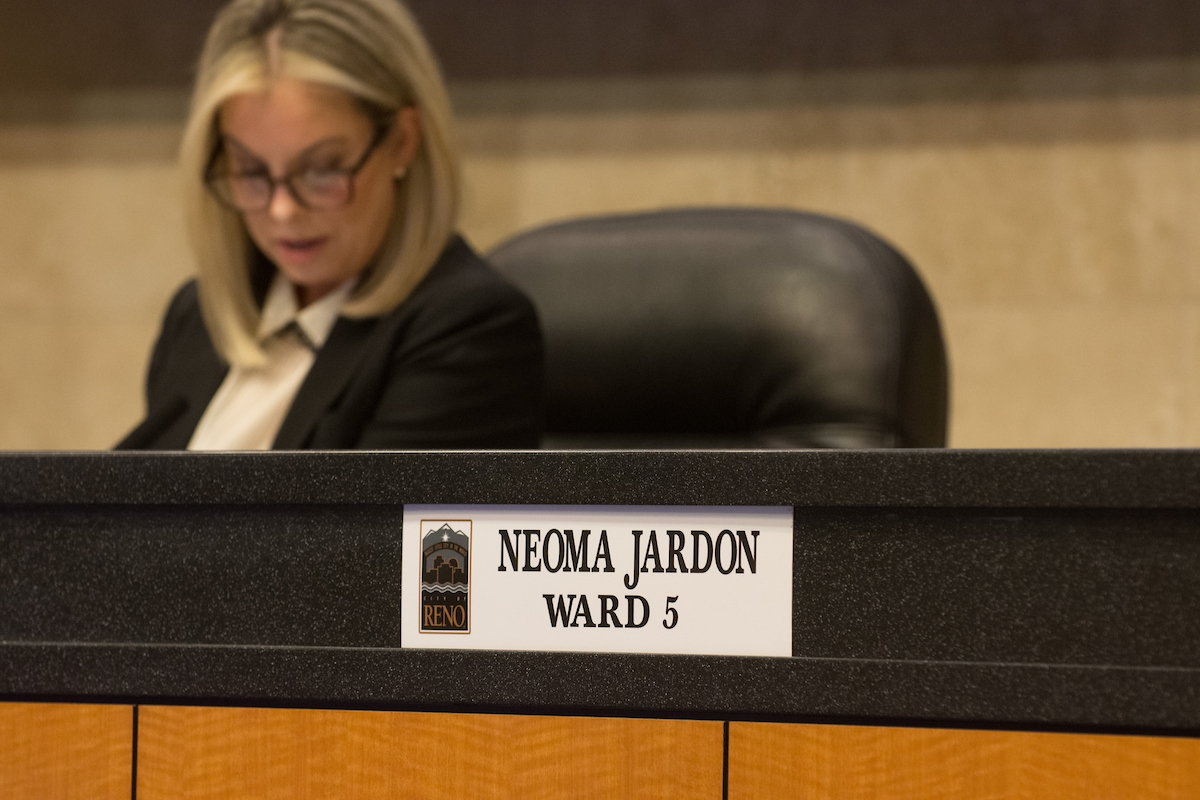 Kathleen Taylor, Elliot Malin and Alexander Goff are moving on as finalists to fill Reno’s vacant Ward 5 city council seat after former member Naoma Jardon resigned in the middle of her final term to take a new job.

The trio emerged as favorites among members of the city council at a meeting Thursday where other council members narrowed down the pool of 36 candidates who had applied.

Taylor ran for the at-large seat on Reno City Council in 2012, and is the appointed at-large member on the Reno City Planning Commission. She graduated from UNR with a degree in journalism and now owns Taylor Made Solutions, a management consulting company. She also has worked in communications for developers such as Atkins Global.

Malin, the founder and president of Alpine Strategies LLC, a public relations and lobbying firm, worked as the deputy political director for Republican Dean Heller’s 2018 Senate campaign and has a history of being politically active. Malin is a board member for Jewish Nevada, a nonprofit organization aimed at supporting the Jewish community in Nevada, and has written op-eds about Jewish issues in politics.

Malin told the council that people had reached out to him to run for political seats before, but he never felt he was right for the seats.

“When this opportunity popped up, I had a lot of people call and encourage me … so for the first time I’m actually doing this,” said Malin during public comment.

Goff, who lost to Selena La Rue Hatch in this year’s Democratic primary for Assembly District 25, said his childhood experiences, education and service in the Marines inspired him to pursue a path in public service. He serves as the at-large member on the Reno Human Rights Commission. He is currently the deputy coalitions director for Nevada Democratic Victory.

“Service is something I’ve always sought out,” Goff said in public comment.

The Ward 5 seat will be filled by appointment rather than special election — a process that would take an estimated eight months to complete — to avoid leaving the seat vacant until next spring.

One council member was absent from the special meeting held Wednesday afternoon — Jenny Brekhus, who wrote a post on her personal newsletter explaining she is against an appointment because of the power given to council members and she would not be participating in Wednesday’s meeting.

Mayor Hillary Schieve requested a recess to contact Brekhus for her input on voting for the final group of applicants. The city clerk said she tried to text and call Brekhus, but was unsuccessful in reaching her.

"We have to all be rooting for Reno, even if we disagree at times," Schieve said in response to not being able to get ahold of Brekhus before moving on with the meeting.

After a public comment showcasing several of the 36 candidates and their supporters, members of city council were asked to pick their top five candidates.

Taylor, Malin, and Goff all tied for first place with four votes each, followed closely by Jacob Williams with three votes, and Zelalem Bogale, Sonya Giroux and Albert Rogers all tying for third with two votes each. The council opted to move forward with only three finalists.

The next step in the appointment process includes finalists participating in two meet and greet sessions next week that will be open to the public.

This story was corrected at 7:30 p.m. on 8/26/22 to reflect that Goff is affiliated with Nevada Democratic Victory, not the state party.