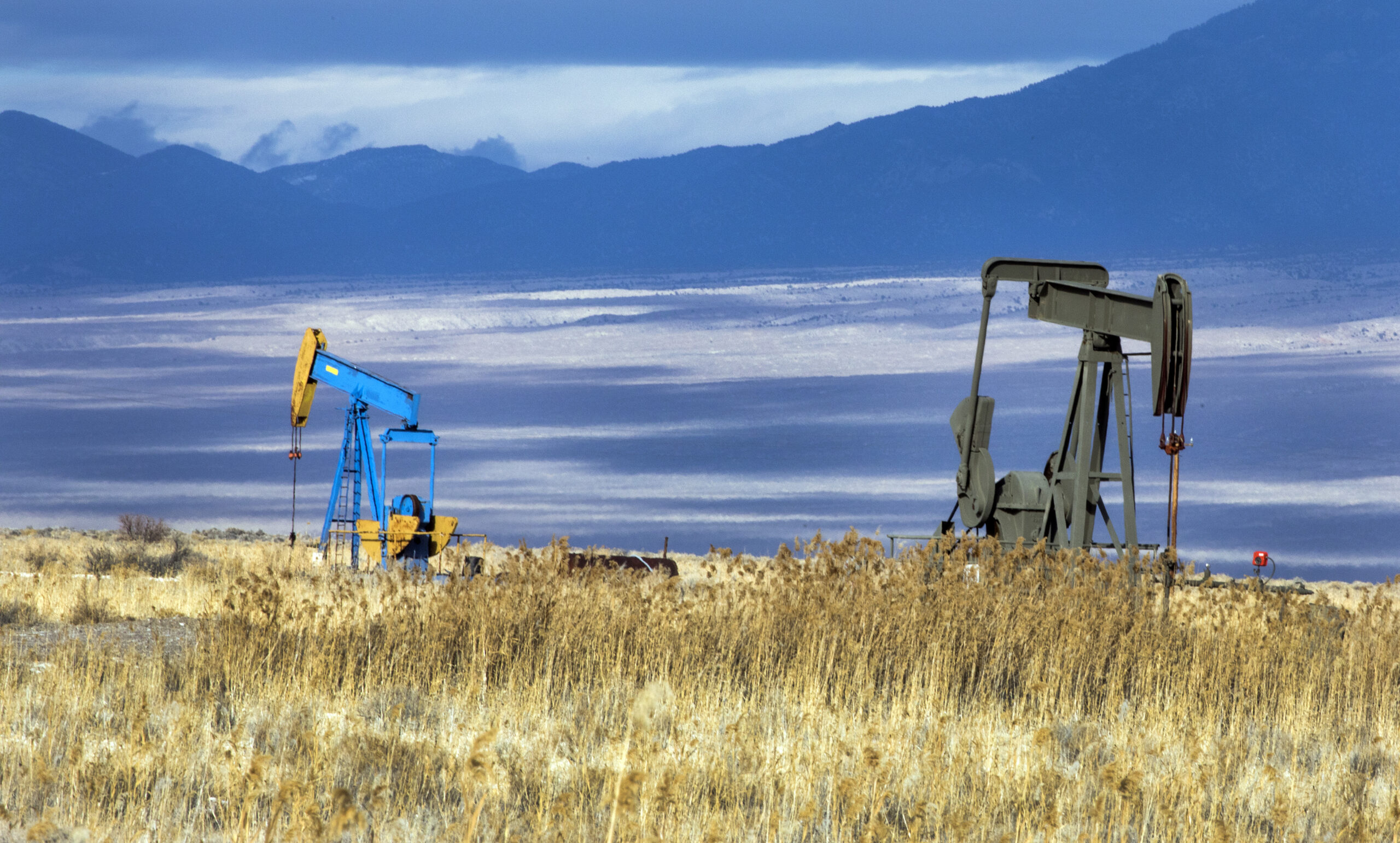 In September, federal land managers were prepared to open up about 295,000 acres of public land for oil leasing near Elko. But when it came time for the Bureau of Land Management (BLM) to auction the parcels, not a single company competed for a bid to use the federal public land.

That’s because there is a better deal that’s not even at the auction.

In the two days after the sale, three companies or individuals moved on more than 40,000 acres of that land — without paying the minimum bid — using an approach known as noncompetitive leasing. Larry Moyer, a geologist based in Grand Junction, Colorado, joined in on the deal.

“They are lower cost,” said Moyer, who has bought noncompetitive leases across northeastern Nevada. “Whether they are a bargain or not depends on [the question]: Are they any good?”

As the state’s top BLM oil and gas leaseholder, Moyer is betting on oil in the Great Basin. It’s a region where he concedes drilling is a risky prospect, with a “horrible” wildcat success rate. Then again, he argued that similar statements could have been made about gold in the 1950s.

“We work to overcome that objection all the time,” he said.

Moyer said his research suggests that the geology is conducive to oil in many areas, and that in the past, speculators have used inaccurate models. With his business partner, Moyer markets his leaseholdings to potential investors, a strategy recently featured in the New York Times.

“We acquired all of the leasehold that we have at market price and who’s to say that we got it too cheap,” Moyer said of the lease program. “Nobody else was in there bidding against us.”

Many of those leases were acquired through noncompetitive sales, a process whereby the BLM waives the minimum bid on parcels left after an auction. Critics of the strategy argue that the option undermines the market for competitive bidding, creating a below-market price. They say the ability to resell low-cost leases has made the federal program overly speculative.

The practice, along with others, is a reason why Nevada is frequently cited  by the media in the national debate over oil leasing, despite the fact that drilling here is notoriously difficult and oil production is a fraction of what it is in nearby Western states such as New Mexico, Wyoming and California.

Each year, speculators in Nevada identify millions of acres of land for oil and gas leasing. After conducting an environmental review, the agency decides which parcels to auction. In many states, companies compete for the parcels, raising the price for land well above the minimum bid at the auction.

When it comes to Nevada, it’s a different story.

In Nevada, the BLM sells only a fraction of the land it offers in the auction or — more likely — in the noncompetitive transactions. Of the parcels that are leased, production is rare. At the end of last year, oil producers operated on only three percent of the roughly 890,000 acres leased in Nevada, according to data from Taxpayers for Common Sense, a nonprofit federal watchdog.

As a result, the group argues in a new report that the BLM is shortchanging taxpayers by relying on a policy “that provides minimal oil and gas production and minimal fiscal return for taxpayers.”

There has long been oil activity in Nevada. But the Great Basin’s complex and active geology makes economic drilling a challenging venture. At a peak in 1990, the state produced about 4 million barrels. Nevada producers extracted about 255,000 barrels last year, a little more than half of what California oil fields recover on an average day.

The contrast between production and the amount of land offered by the BLM each year has led experts, even within the industry, to question what’s going on with BLM’s oil leasing in Nevada.

Despite offering more land than in other contiguous Western states, the agency only leased a fraction of what it offered in recent years, an average of about 15 percent between 2013 and 2018, according to the report.

“The Bureau of Land Management has to do their due diligence,” said Robert Abbey, who led the agency under the Obama administration. “If there is really not a large demand, then they are really utilizing their personnel and workload that could better be used on other priorities.”

Yet the report found that about 70 percent of the leased acreage was sold with no bid at all. In noncompetitive sales, the minimum bid is waived, and even though the BLM charges a higher filing fee, the result is often a low-cost lease. The group argues that taxpayers have lost out on about $4 million in revenue by not paying for the minimum bid. The process, the group said, leaves open the door for overly speculative leasing while making it more difficult for the BLM to designate the land for other uses, including for conservation.

“We’re all for development,” said Ryan Alexander, president of Taxpayers for Common Sense. “But we want to make sure that development is responsible and we’re getting paid for it fairly.”

In an interview, Kathleen Sgamma, president of the Western Energy Alliance, defended the practice of noncompetitive leasing. She said it widens, rather than undercuts, the lease market for the more than 300 exploration and development companies her group represents. She argued that it gives developers more incentive to explore in areas with less proven resources.

Sgamma noted that lessees still have to pay a rental rate of $1.50 per acre with the sale.

“No one is going to put money down if there is absolutely no interest,” she said.

Even when the sale is not competitive, she said the federal government is still receiving money from oil leasing. And because few leases are ever put into production, Sgamma questioned what the environmental impact was. In all, Sgamma noted that the federal government — and the state — receives proceeds on low potential parcels that the industry would otherwise overlook, if not for noncompetitive leasing. It followed logic, she said, that the market rate would be lower in Nevada than in a state like New Mexico, where energy developers have flocked to profit off the oil boom in the Permian Basin.

The report is one of several recent studies looking at oil leasing as lawmakers in Congress consider broader-based reforms. In May, the Center for American Progress, a liberal think tank, issued a report centered on noncompetitive leasing in Nevada. And on Monday, environmental groups, including the Audubon Society, the National Wildlife Federation and the Wilderness Society, released a report criticizing the BLM for not prioritizing leasing outside of habitat for the Greater sage-grouse, an imperiled bird that has come to symbolize the tension between conservation and development in the West.

The issues around Nevada’s leasing program predate the Trump administration. But with its emphasis on “energy dominance” and high-profile cases of proposed leasing in lands such as the Ruby Mountains and Chaco Canyon, there have been new calls for reforms. In a statement, Democratic Sen. Catherine Cortez Masto said she is working on legislation “to address the frivolous leasing requests for drilling on public lands with little to no oil and gas development potential.”

“Every time the Bureau of Land Management readies these public lands for lease auctions, taxpayer dollars are spent on administering and monitoring them, many times with little to no interest from the oil and gas development industry – beyond pure speculation,” she said.

The Tuesday report also faulted the agency for not adjusting its annual rental rates and minimum bid prices since 1987, saying American taxpayers have lost out on more than $50 million from Nevada sales. In June, a California congressman introduced legislation, backed by several conservation groups, that looked to eliminate noncompetitive leasing and raise rental charges.

Cortez Masto’s office said there will be some similarities in her legislation, though it will place a greater emphasis on how the agency assesses land. An aide with knowledge of the proposal said the senator wants the agency to put greater weight on environmental impacts and resource potential when it decides where and how to allow for exploration on public lands.

The House bill would also alter the process for nominating land for oil leasing. There is no fee to nominate federal land, and the BLM accepts anonymous applications. These low barriers to entry, critics argue, have led to speculators nominating huge areas of land where there is little industry interest and low oil and gas potential. The nomination process was at the heart of the dispute over the controversial request to open oil and gas leasing in the Ruby Mountains.

Even for a developer such as Moyer, who believes that the Great Basin has oil potential, some of the nominations have caused him to look askance.

“Nevada has been a magnet for people with some really wild ideas,” he said.

Looking at the nominations, he has asked: “Is that fact based? Is that based on any kind of geology?”

Divided on nearly all other issues, the nomination process in Nevada is one area where many environmental groups and oil industry experts agree. Last year, Sgamma said the nominations were from “bad actors,” skewed the BLM’s statistics and that the agency should ignore them.

Sgamma argued that Nevada was an outlier and should not be the case study for reforms.

“Just because something weird is going on in Nevada does not mean the system is broken,” she said, noting that in most other states, the BLM leases the majority of the land that it offers.

For the taxpayer-advocacy group, the question of speculation looms in the background.

“I do think that the most logical explanation is just speculation,” said Alexander, who directs the group, which has written often on the topic. “If they're sitting on these leases in hopes of making bank later, it's because they want to sell it to somebody who can actually really develop it.”

In Nevada, only 69 leases have gone into production over the last century, the report notes. Most of the authorized leases expire after their 10-year lease period without going into production.  Others are sold in private transactions.

Since 1999, about 44 percent of all leases were transferred from their original owners, a fact the report cites as evidence of potential speculation. The report also suggests that companies often hold onto leases to make their portfolios appear more attractive to investors. Abbey, who served for eight years as the BLM’s Nevada director, said the second approach was likely.

“It’s a good sales pitch on the part of some of the companies,” he said.

What is seen as speculation by some is viewed as a natural market by others. Moyer said he adds value to his holdings by providing additional geologic data.

“As a geologist, ideally that’s my market niche,” he said. “I am able to have an oil and gas lease — include good geologic [data] to it — and get a prospect that then can be sold to industry to be drilled.”

The issue is not going away any time soon. Conservation groups in Nevada are continuing to call out the BLM for offering significantly more parcels than the industry appears interested in. At 7 a.m. today, bidding will start on a new lease sale for 389,334 acres in Eureka, Elko, Lander, Nye and White Pine counties. But some buyers might get a better deal if they wait another day.