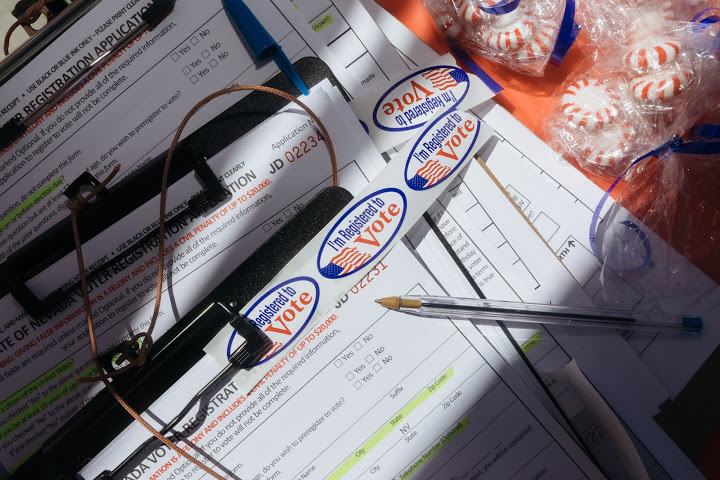 Turnout rates for 18- and 19-year-old voters in Nevada’s 2018 election were higher than the turnout rate of older millennials — a trend that could have major implications for the 2020 election.

According to research on youth turnout from the Center for Information and Research on Civic Learning and Engagement (CIRCLE), the overall 2018 turnout rate for 18-19 year-olds in Nevada was more than 30 percent, higher than the national average of 23 percent. Nevada was the only state that had a higher turnout rate for 18- and 19-year-olds than the category of individuals ages 18-29.

Abby Kiesa, the director of impact at the CIRCLE, discussed the research in a media teleconference call on Thursday along with Carolyn DeWitt, the executive director of the non-profit, voter turnout organization Rock the Vote.

“Youth have incredible power to decide this election,” DeWitt said, pointing out that members of the millennial generation and voting-eligible Generation Z (ages 18-33) comprise roughly 40 percent of the electorate across the United States and could have the ability to sway local and national elections.

“There is an increased Latino population among 18- and 19-year-olds [in Nevada],” she said. “The issues and the attacks on immigration, that being a particularly personal issue for a lot of young Latinos in that area, could have been a driving factor [for the increase in Latino voters].”

DeWitt and Kiesa credited the higher turnout rates of young Nevada voters to initiatives such as Clark County’s decision to place voting centers in schools and locations more accessible to young people.

Efforts from groups dedicated to increasing voter turnout among young generations might have also played a role in the higher turnout.

Kiesa said the higher turnout of the youngest voters in Nevada for 2018 is significant because once someone knows how to vote, they are more likely to vote in the future, which could mean a subsequent higher turnout of young voters in the 2020 election cycle.

DeWitt said young voters are not single-issue voters and “are rejecting party labels, but [are] progressive on the issues.”

Democrats swept Nevada’s election in 2018, and an increased turnout of young voters could result in more progressive policies, as younger voters tend to vote more Democratic.

“Over the last few years, we have seen a lot of activism around criminal justice reform, police brutality, climate change, gun violence reform. But the top issues continued to remain income inequality,” DeWitt said. “[Young voters] see these issues in their complexity. They’re very sophisticated where they access information online … and so they are looking for a bold vision that is going to address a multitude of issues.”