Nevada turnout figures show election was a midterm on steroids 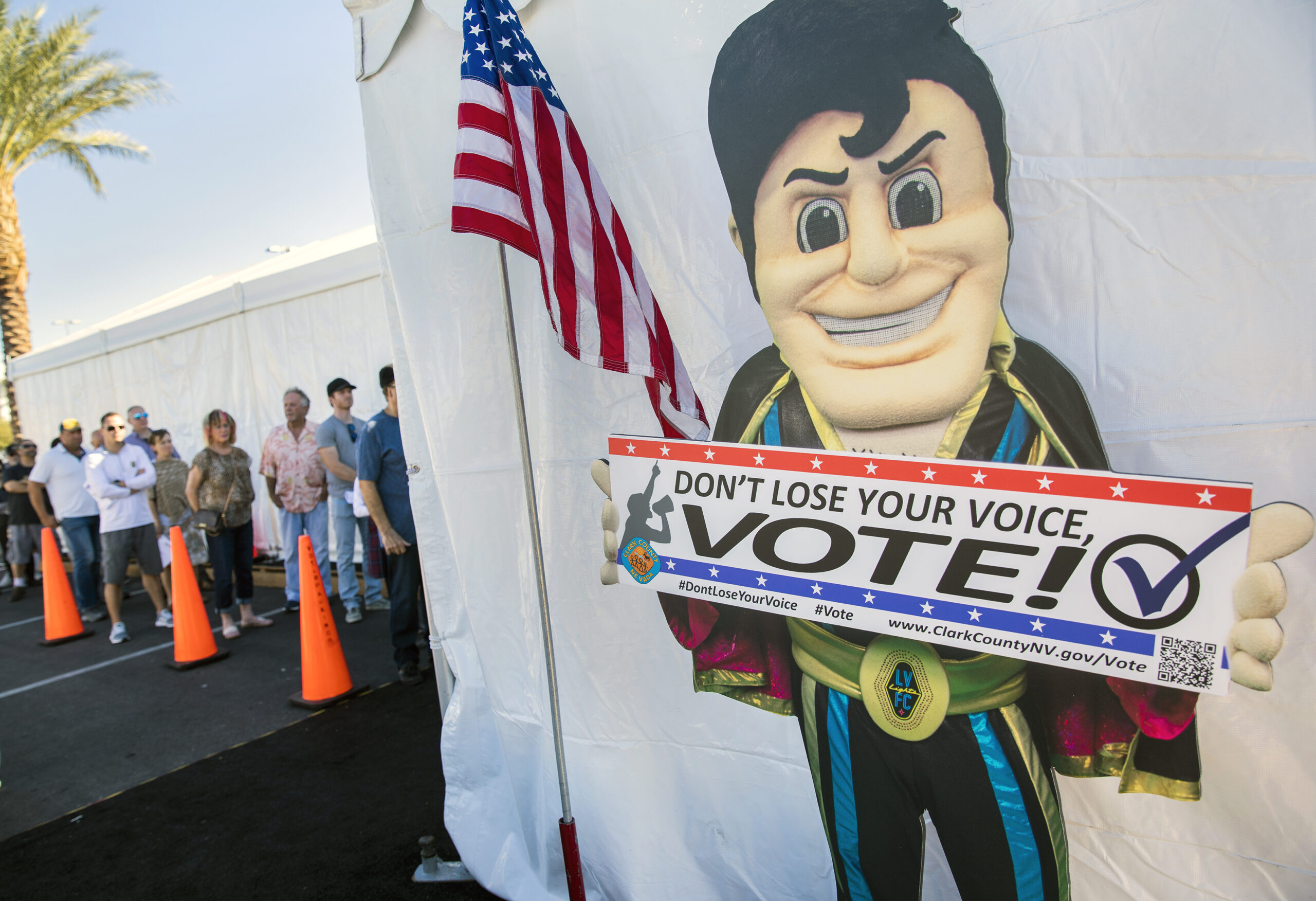 Election Day in Nevada — which saw some polls remain open nearly three hours after they were scheduled to close to accommodate the throngs of voters in line — proved that 2018 was no typical midterm year.

Turnout this year actually looked more like a presidential year than it did a midterm, with just over 62 percent of registered voters showing up to the polls on Election Day or during early voting or casting their ballots by mail and more than double the number of voters who turned out during the last midterm.

But, unlike 2014, Nevada had a competitive governor’s race and a neck-and-neck Senate race this cycle, attracting more attention and greater investment in get-out-the-vote efforts. There was also the Trump factor: The president’s style has inspired both ardent devotion and repulsion, stirring people to vote.

A national exit poll conducted of voters leaving the polls found that 34 percent of Nevada voters cast a ballot to show support for the president, while 38 percent did so to oppose him. The same survey illustrated the country’s increasing polarization, with 77 percent of respondents nationwide saying America is becoming more politically divided and only 8 percent saying it’s becoming more unified.

The percentage of voters who turned out to the polls in Nevada was still lower than the 76.7 percent of voters who showed up in 2016 to cast their ballots in favor of then-candidate Trump or former Secretary of State Hillary Clinton. But it was far and above the meager 45.6 percent voter turnout in the 2014 midterm, which featured no Senate race and an uncompetitive governor’s race in which the Democrats didn’t even bother recruiting a candidate to challenge incumbent Republican Brian Sandoval.

Indications that this year would be unlike 2014 began with early voting, in which more than 554,000 voters cast ballots compared to the 267,000 who chose to do so in the 2014 midterm election. In percentages, about 35.5 percent of active registered voters cast a ballot during early vote this year compared to only about 22 percent four years ago.

But the high numbers of voters carried through to Election Day with nearly 334,000 people — about 21.4 percent of active registered voters — showing up to the polls this year compared to only 244,305, or about 20.2 percent, in 2014. Those high numbers of Election Day votes created long lines at polling locations across the state and delayed Nevada election results, keeping the state gray on maps showing swaths of red and blue elsewhere.

Early voting remains Nevadans’ preferred method of casting a ballot, although waiting for Election Day is also a popular option, as evidenced by the lines.

In Southern Nevada, the long lines may also have been in part a byproduct of Clark County’s move away from assigned precincts on Election Day and toward vote centers, polling locations where anyone in the county can go to cast his or her ballot. Clark County Registrar of Voters Joe Gloria has said his department would analyze the turnout data at each location to help prepare for future elections.

Groups tracking the voting patterns of young adults — one of the most difficult groups to drive to the polls — estimate turnout among Nevada registered voters ages 18 to 29 was 19 percent. That’s more than double the turnout in 2014, which was 8.3 percent.

They also point to an increase in turnout at on-campus polling places as evidence that youth were more energized this year than in the 2014 midterm.

Turnout at a youth-heavy precinct that includes UNLV rose from 18 percent in 2014 to 23 percent this year, while turnout at a precinct that includes UNR rose from 13 percent to 26 percent from last midterm to this one, according to data from NextGen America. The progressive group focuses on young voters, even supplying limo rides to the polls on Election Day at UNR and UNLV.

Young voters were twice as likely to support Democratic Senate candidate Jacky Rosen and Democratic gubernatorial candidate Steve Sisolak over their Republican opponents, according to an analysis by the group CIRCLE.

Although exact demographics are hard to pinpoint, the national exit poll found that 62 percent of Nevada voters were white and 38 percent were non-white, including 18 percent who were Latino. Information from the progressive data firm Catalyst shows that statewide, the number of absentee and early ballots cast by Latino voters in the 2018 general election was almost triple the number in 2014.

As the state’s main population centers, Clark and Washoe counties stole most of the attention when election results rolled in Tuesday night. But voter participation in the Las Vegas area fell short compared to the state’s rural counties and Reno.

“Over 70 percent turnout is just an incredible midterm for us,” she said.

Clark County’s turnout rate reached 59 percent. But it was Lyon County that posted the smallest turnout rate, with 58 percent of active registered casting ballots in this election.

Update: This story was corrected at 7:35 a.m on Nov. 19 to indicate that the last in-person vote was cast at Cold Springs Middle School, not Cold Creek Middle School.