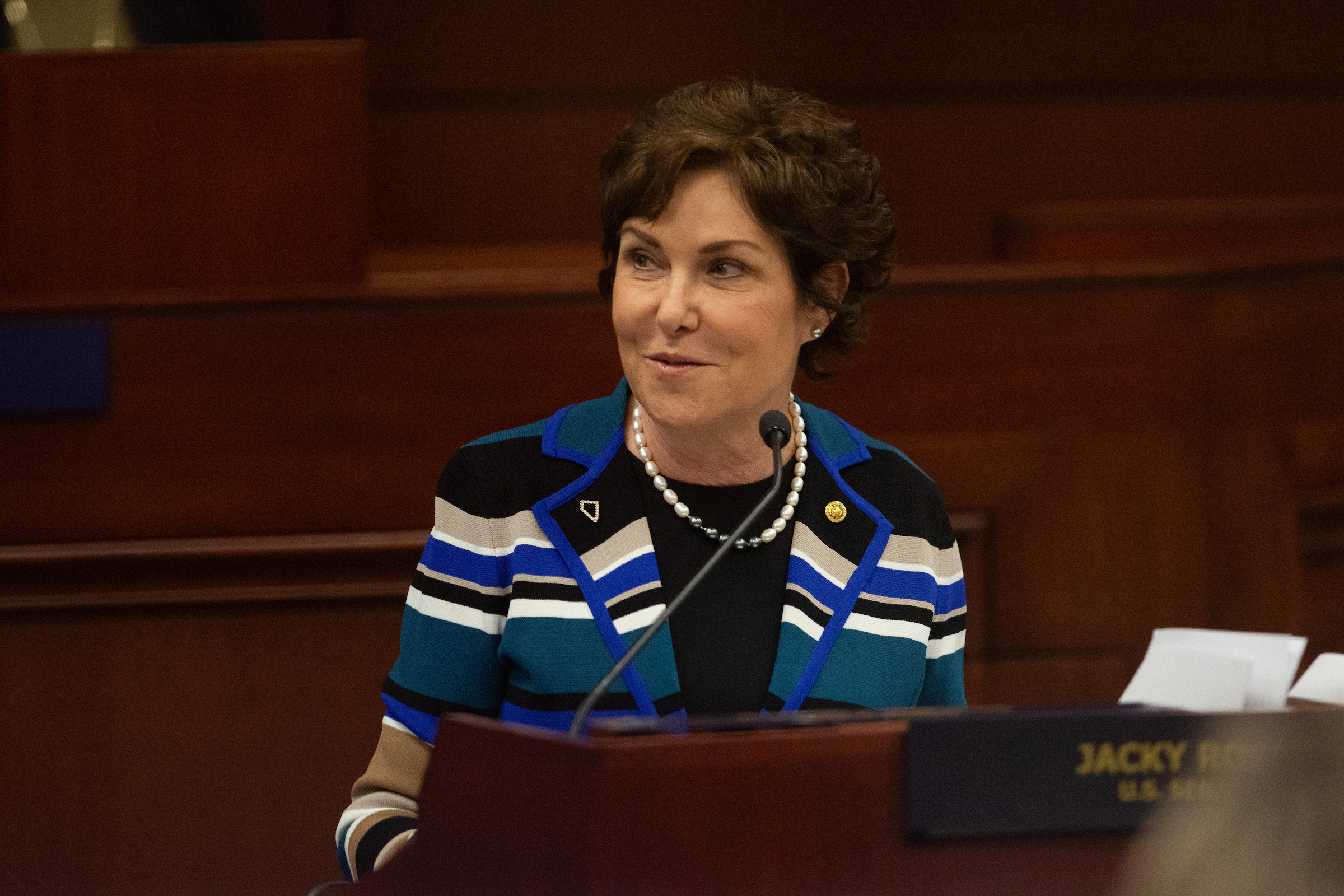 As talks on the next virus aid package intensify, Sen Jacky Rosen and a group of 10 senators wrote to the Senate Small Business and Entrepreneurship Committee urging them to include “robust” funding for the Economic Injury Disaster Loan (EIDL) and EIDL Advance programs as well as remove administrative hurdles.

“As the economic storm caused by COVID-19 continues and hurricane, wildfire, and other natural disasters threaten our small business community, it is critical Congress authorize robust disaster loan funding,” said the letter, which was organized by Rosen and Republican Sen. John Cornyn of Texas.

The letter comes as Speaker Nancy Pelosi and Senate Minority Leader Chuck Schumer are negotiating the next pandemic relief package with the White House and Senate Republicans.

Addressed to GOP Sen. Marco Rubio of Florida and Democratic Sen. Ben Cardin of Maryland who serves as the chairman and ranking member of the small business panel, the letter also called for administrative reforms, including overturning caps on the EIDL programs imposed by the Small Business Administration (SBA).

The agency limited EIDL loans, which are used to cover small business operating expenses, to $150,000 per business, instead of the congressionally mandated maximum of $2 million.

The SBA also capped EIDL Advance grants—funds sent to EIDL loan applicants while waiting for their loan to be processed that don’t have to be repaid. Under the program, as envisioned by Congress, each grant to an eligible business was supposed to be funded at $10,000. But SBA capped the grants at $1,000 per employee up to a maximum of $10,000.

“Such caps hurt small businesses needing capital to carry them through the pandemic and corresponding economic slowdown,” the letter said.

Of the 11 senators that signed the letter, seven were Republicans, including Cornyn. Among the four Democrats who signed was Sen. Catherine Cortez Masto.

Rosen and Cornyn introduced a bill last month that would provide another $180 billion for the EIDL and EIDL Advance programs. The measure would also do away with the SBA caps.