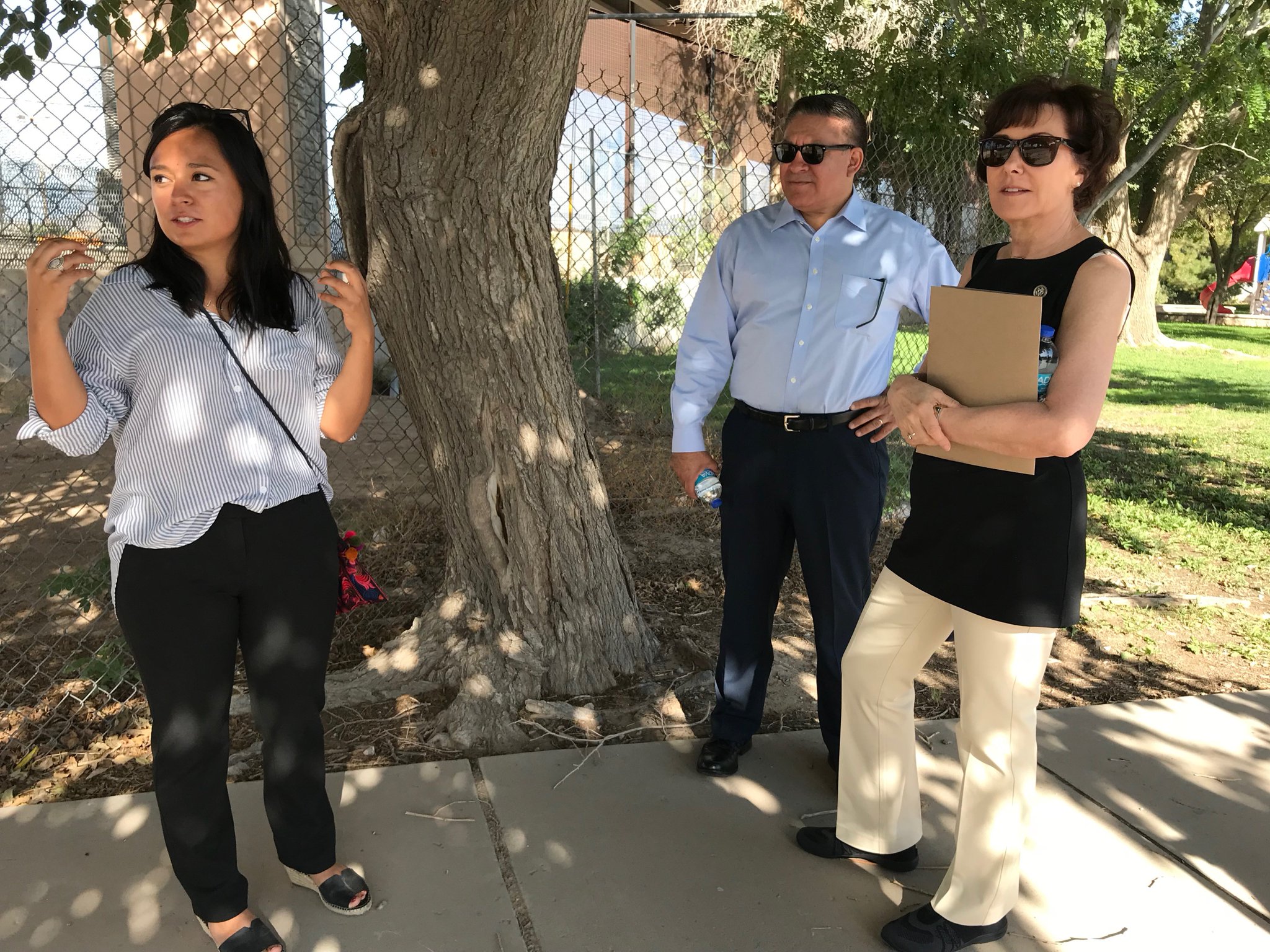 Nevada Rep. Jacky Rosen said touring a tent city near El Paso, Texas that’s housing migrant youth felt more like visiting a military base in a foreign country than traveling within the U.S.

The Democratic lawmaker and Senate candidate from Nevada toured sites on the U.S.-Mexico border on Monday, the same day that Sen. Catherine Cortez Masto was visiting detention centers on the other side of Texas. Lawmakers have been heading to the border in recent weeks as President Donald Trump’s administration has implemented a “zero-tolerance” policy for illegal border crossings and as the resulting family separations have triggered national outrage.

“I think that they seemed in good enough spirits, but I think the anxiety of what’s going to happen to them next is pretty overwhelming,” Rosen said in a brief phone interview with The Nevada Independent about teens she spoke with in the tent city’s dining room. “We’re seeing the kids that have the best ability to cope in this most horrendous situation.”

Rosen described the tent city in Tornillo as a series of yurts or Quonset huts — heavy-duty tents that feature air conditioning. Each child has a bed and a plastic underbed box for their belongings, she said, and the site has medical and mental health services.

The encampment was developed by BCSF, a company that typically responds to natural disasters such as Hurricane Harvey. In this case, she said, the firm is responding to an “administration-made crisis.”

“I don’t think it’s a viable solution,” she said of the tent city model. “We’re going to franchise out building tent cities around our border, around our country, to separate children from their families, asylum seekers who are leaving because of persecution, because of extreme poverty, because of violent conditions, trying to come here for asylum, we’re going to treat them like criminals and separate them and put them in these tent cities and ... the government’s going to pay for that, and somebody’s going to make money off that.”

During her trip, Rosen also got to see a portion of the border wall that’s under construction and talked with Customs and Border Protection officials about how they handle asylum seekers.

She’s a co-sponsor of bills to prevent the separation of immigrant families and to require the reunification of all separated families.

But she and all other House Democrats voted against a Republican-backed measure last week that would have addressed the family separation issue, legalized DREAMers but required them to reapply every three years, boosted border security funding and lowered levels of legal immigration. She called it partisan legislation that failed too many DREAMers.

“We need people to come to the table, talk about comprehensive immigration reform, talk about the oversight we need in the Justice Department, be sure that people have access to legal means if they’re seeking asylum, and be sure that we are not going to be violators of human rights,” she said.