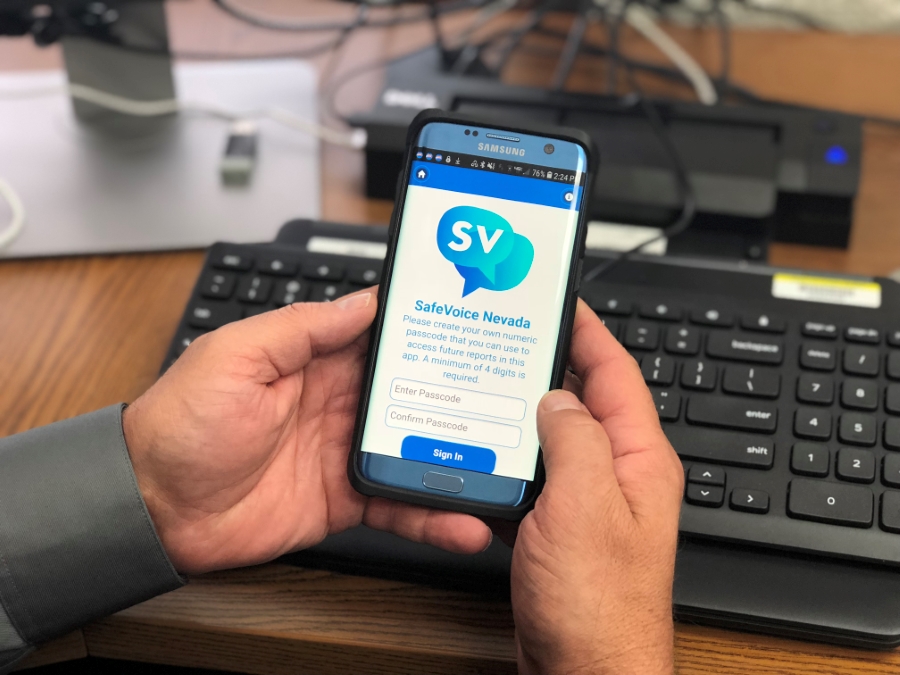 Like many teachers, Adam Gent is looking forward to seeing his students in person this school year.

The twice-a-month program, used at 19 schools across the state, began remotely at Spring Valley with meetings of up to 70 to 80 students and staff. And Gent said he’s looking forward to starting in-person sessions.

“I think we'll be able to connect a lot stronger,” he said, “because people will build stronger relationships being with each other.”

In response to student stresses from pandemic-affected learning, several schools in Nevada are putting more effort into their mental health programs. A Centers for Disease Control and Prevention report shows that from February to March of this year, suspected suicide attempt emergency room visits were 50.6 percent higher among 12 to 17-year-old girls and 3.7 percent higher among 12 to 17-year-old boys, compared to 2019 levels.

Numbers like those have led school districts to make investments in and step up screenings amid a pandemic that suicide prevention officials said brought mental health conversations to the forefront of the classroom.

“A big gap that we have worked on for years, and we still need to work on, is getting parents in the room, really equipping that support system,” Allen said.

The Trauma Recovery Demonstration Grant is another federal grant, $5 million over five years, that schools can apply for. It connects low-income students experiencing trauma or suicide ideation (thoughts about dying by suicide) with mental health professionals.

The Nevada Department of Health and Human Services received a $654,640 Federal Emergency Management Agency grant, which funded the Nevada Resilience Project. It’s been sending out crisis counselors across the state to help Nevadans of all ages who experience mental health issues stemming from the coronavirus.

Nevada Department of Education spokesperson Allegra Demerjian said that schools have begun to make a much larger investment in screening and other intervention methods. She added that staff trainings that were once previously only accessible in person are now available both on-demand and online.

“Across the board, we have seen our districts begin to purchase curriculum for social emotional learning and training,” Demerjian said in an email. “Several districts have used their emergency relief funds for this purpose.”

But Clark County School District, the state’s largest education authority, still does not meet recommendations from the National Association of School Psychologists. The organization suggests schools have one counselor for every 250 students and one social worker for every 400, but in 2020, Clark County had fewer than 670 counselors and 100 social workers serving more than 320,000 students, translating to one counselor for more than 475 students and one social worker for more than 3,200 students.

Data from Mental Health America also shows Nevada last in a ranking of states with higher prevalence of mental illness among youth and lower rates of access to care.

Since 2019, all school districts have been required to create a Suicide Prevention Plan, which adopts training programs made available by the state’s education department. But more emphasis toward those programs and even simple changes — such as supplying the suicide hotline number on student body cards that previously just featured the SafeVoice tipline number — are steps in the right direction, according to Crisis Support Services of Nevada Director Rachelle Pellissier.

Pellissier’s organization, which oversees all suicide hotline calls, didn’t see a significant rise in call volume when the coronavirus first appeared across the state in large numbers. However, she said the acuity of calls to their line rose substantially.

“We were dispatching on a much higher percentage,” Pellissier said. “It probably doubled to maybe 10 percent of those callers that we were sending out emergency services.”

And she said there was a “definite correlation” between the pandemic and the effects on people’s mental health. A survey conducted by America’s Promise Alliance, an organization focused on creating opportunities for young people, reported 30 percent of the nationally representative 3,300 teens surveyed said they have been feeling unhappy or depressed more often during the coronavirus pandemic.

However, Pellissier noted that the pandemic has made mental health conversations more commonplace. She said it’s also made schools more open to discussions about suicide as a means to preventing it, when it was much more difficult before the coronavirus.

“We've come a long way just in the last year,” Pellissier said. “That really is the silver lining of COVID — allowing us to have these conversations more freely.”

The National Suicide Prevention Lifeline is a hotline for individuals in crisis or for those looking to help someone else. Call 1-800-273-8255 to speak with a certified listener.