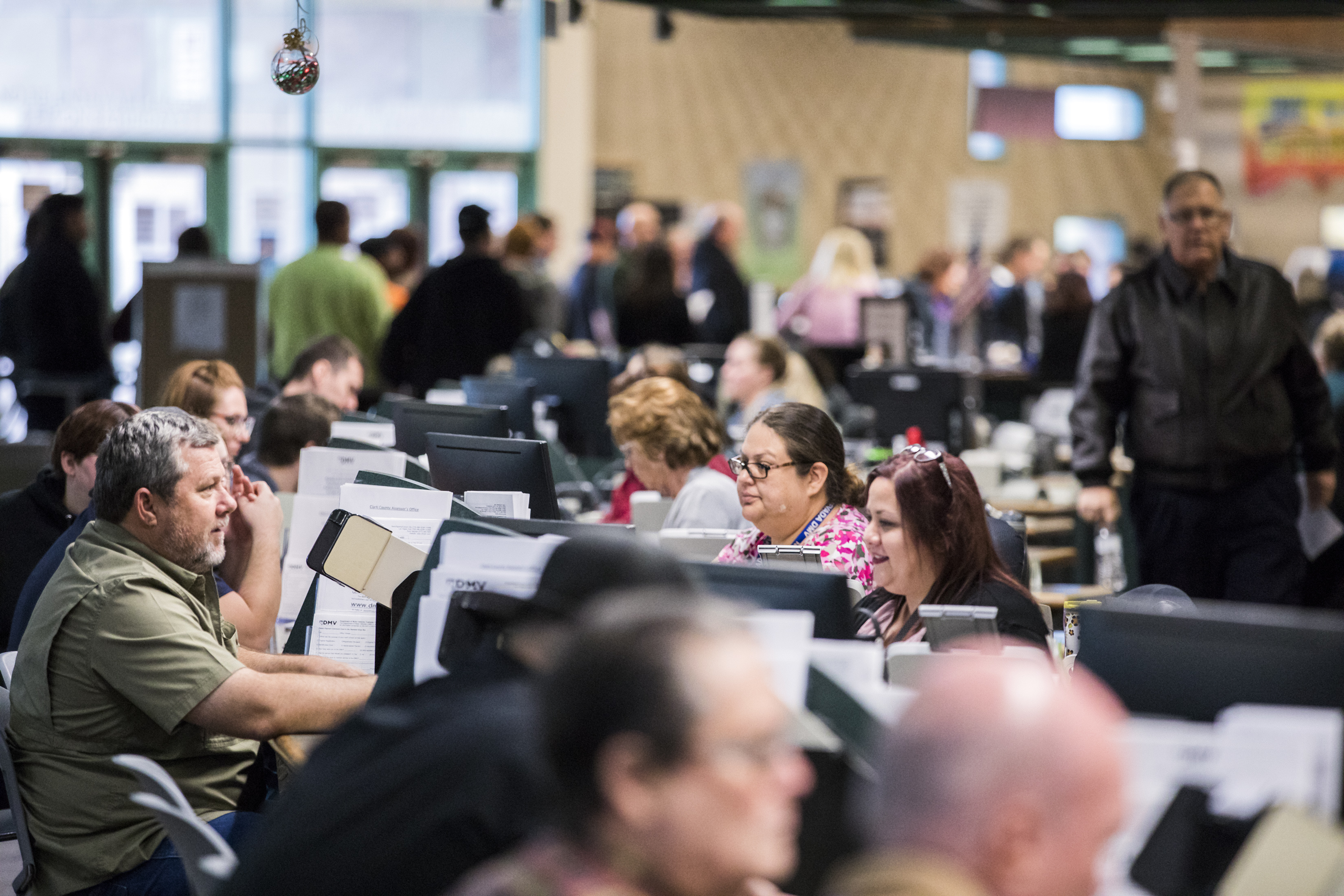 Nevada’s major DMV offices are eliminating walk-in services on weekdays and will require customers to have an appointment starting Monday.

The DMV made the announcement on Wednesday, saying it was prompted because about 1 in 6 DMV jobs are vacant and the use of online services has dropped 2.4 percent year over year. The agency said about 200,000 transactions a year are done in person, when they could be completed online.

“What you see at the DMV offices are far too many customers at each office asking to be served on a walk-in basis,” Tonya Laney, deputy director at the DMV, said at a press conference. “We have reached the point where we're unable to accommodate them and we're turning away more and more people every day.”

The agency is adding 4,000 appointment slots a week across its four major Las Vegas and Henderson offices to help with the transition. That’s on top of the approximately 17,000 appointments those offices already handle each week.

The end of walk-in services applies to the DMV’s six largest offices in Henderson, Las Vegas, Reno and Carson City. Appointment dates are available about four weeks out in Southern Nevada and about two weeks out in Northern Nevada, although officials say they hope funneling people to appointments will reduce the wait times.

Customers can continue to receive services without an appointment on Saturdays, and smaller, rural offices are not moving to the appointment-only model. Walk-ins will also still be accepted for people who are dealing with vehicle movement permits, license plate drop-offs, driver’s license reinstatements, past-due debts, kiosk transactions and vehicle inspections.

DMV officials say registering vehicles and renewing registration is the most common reason people made an unnecessary trip to the DMV. That type of transaction, and many others, can be completed online.

The DMV has 196 vacant positions — meaning about 16 percent of jobs are unfilled — including 108 in the field services division that deals directly with the public.

Asked if the change will disproportionately harm Nevadans who are less technologically savvy, disabled or don’t speak English fluently, Laney said staff at Southern Nevada locations are available to help people who show up at the office make appointments, and to educate them on what documents they should bring to the appointment so they aren’t turned away again.

“Currently, unfortunately, what we're seeing is those customers are showing up and they just have to be turned away because we're at capacity or already over capacity, and they're not really fully getting the assistance they need until they try to return for that service on another day,” Laney said.