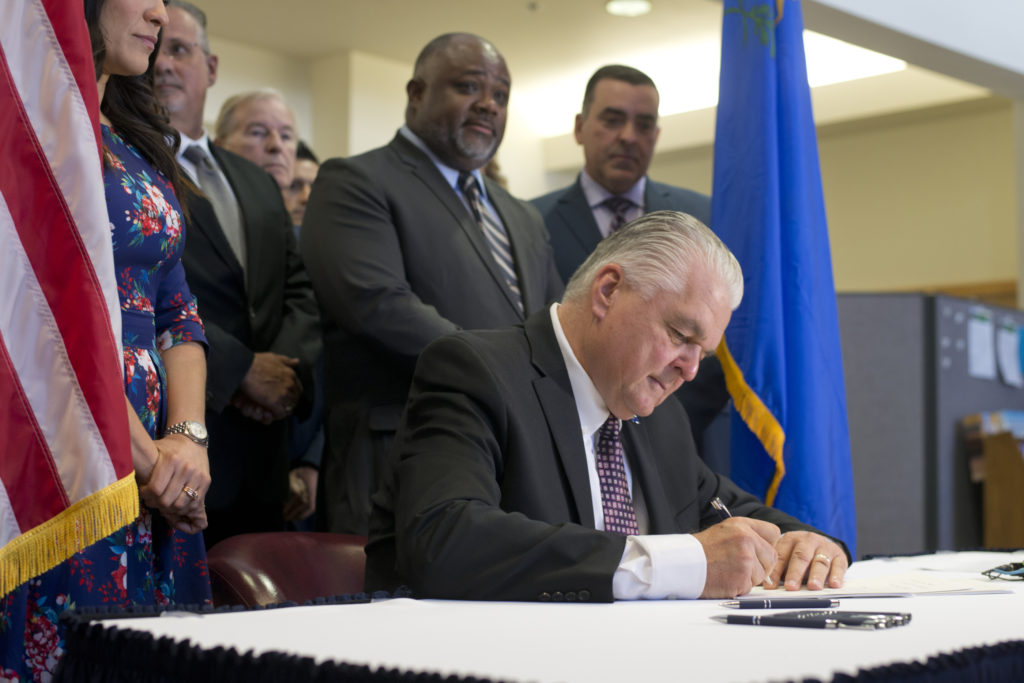 Recent California-based earthquakes that shook Las Vegas earlier this month highlight the potential dangers of building a national nuclear repository at Yucca Mountain, Gov. Steve Sisolak and all members of the state’s congressional delegation said in a letter to Energy Secretary Rick Perry.

The letter comes after the state consulted with earthquake and volcano experts at UNR and UNLV, who “suggest that the risk of destructive earthquakes will increase in the future,” the missive said.

Earthquakes centered in Ridgecrest, California on July 4th and 5th with magnitudes of 6.4 and 7.1, respectively, were felt in Nevada, possibly leading to the death of one person in Nye County and leading to the cancellation of an NBA Summer League basketball game in Las Vegas.

“This increased seismic activity could affect in unknown ways the risk of a dangerous or volcanic event at a Yucca Mountain nuclear waste repository,” the letter continued.

The Department of Energy (DOE) has requested funding to continue the licensing of the project in recent budget blueprints, and Republicans in the House and Senate have also pushed to continue funding for the project.

But members of Nevada’s congressional delegation, most of whom oppose the repository, have successfully kept funding for the project from being included in annual appropriations.

“Why would DOE even consider proceeding with development of a repository at a location that serious evidences safety concerns and mounting uncertainty regarding its geologic hazards?” the letter asks

The letter concludes with a pledge to continue opposition and noted that the state is prepared to go to court should the project be advanced.

“Nevada’s congressional delegation will continue to oppose your Department’s request for appropriations to resume the Yucca Mountain licensing proceeding for this demonstrably unsuitable site,” the letter said. “If licensing resumes, Nevada’s expert team will forcefully adjudicate our 218 admitted contentions and submit additional contentions challenging the Departments’ licensing application based on all available evidence.”

Correction at 1:20 p.m. on 7/18/19:  Energy Secretary Rick Perry's first name was incorrect in the first sentence of the original version of this story.