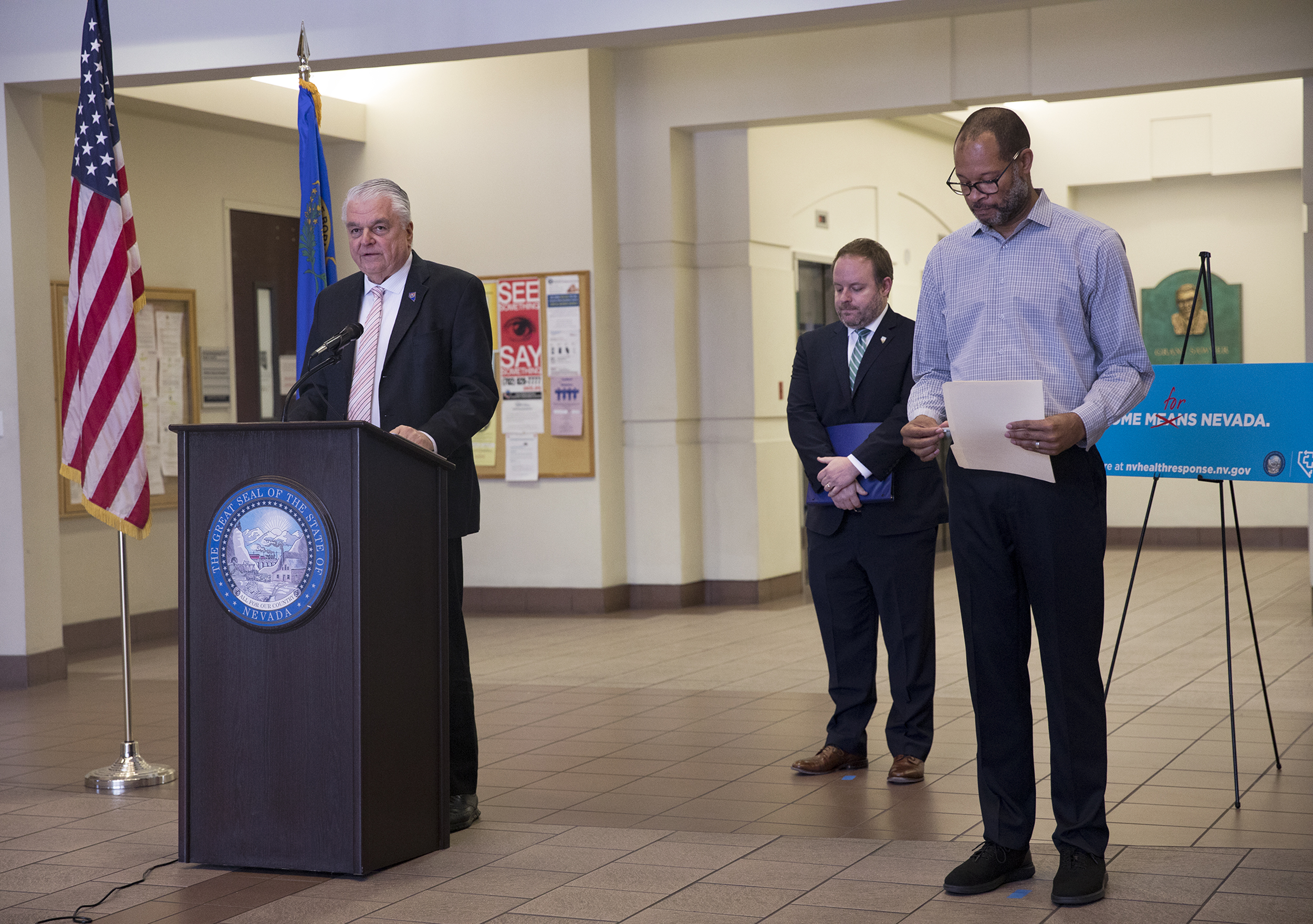 Sisolak, joined by fellow Democrat and Treasurer Zach Conine, delivered the announcement about the Pandemic Emergency Technical Support Program (PETS) at a news conference and roundtable discussion with business owners in Las Vegas.

“Almost 9,400 small businesses and nonprofit organizations were able to receive assistance under this program, which helped them to make their payroll, pay their rent and utilities [and] keep their doors open throughout the pandemic,” Sisolak said. “Simply put, this was the largest small business program in Nevada history.”

The PETS program launched on Oct. 19 after an earlier state effort to administer commercial rent assistance awarded less than half of its approved funds. The program offered broad eligibility, and in the four days the program was open for applications, the state received more than 13,500 submissions — about 10 times the amount the rent program received.

In February, Sisolak signed a bill, AB106, that allocated $50 million more to the program, bringing the funding for the program to $101 million. The state awarded PETS grants of up to $10,000 for businesses and nonprofits.

Sisolak indicated that more federal, pandemic-related funding could be allocated for small businesses throughout the state by way of the American Rescue Plan. The state is still in the process of evaluating how the funds from that federal relief bill, signed in March, will be used.

“We want to invest this money in our communities and in our state,” Sisolak said. “And I can't think of a lot better places than in our small businesses to invest the money. They are the backbone that employ an awful lot of people.”

So far, the PETS grants have largely been awarded to disadvantaged businesses, Sisolak said, including businesses primarily owned by women, minorities, veterans or people with disabilities. More than 4,900 disadvantaged businesses have received a PETS grant. Sisolak also said that more than 600 bars and restaurants, more than 600 nonprofits and more than 200 arts and culture organizations were awarded grants from the program.

Sisolak was also joined at the event by several business owners and community advocates — including representatives of the Asian Community Development Council, Latin Chamber of Commerce and Urban Chamber of Commerce — who expressed concerns about finding enough workers for hire.

Adriana Pereyra, a lawyer who owns Integrity Law Firm in Las Vegas, questioned the sincerity of some people who are applying for jobs. She said she connected with someone through Nevada JobConnect, which provides workforce development services to employers and job seekers in Nevada, who seemed to only be applying for a job with her firm in order to fulfill the work search requirement that was reinstated by the state in May.

But Sisolak on Monday said he is opposed to ending enhanced federal unemployment benefits of up to $300 extra per week before they are set to expire in September. As roughly half of the states in the country have ended the enhanced benefits, many people have argued the benefits are contributing to worker shortages.

“We hear this all the time that the $300 is a major contributing factor. It’s a factor, but there are a lot of other factors, there really are,” Sisolak said. “There are some people that it might prevent [them] from going to work, we understand that … One of the problems that exists is that the minimum wage was held way too low for way too long, and people were just not making enough money.”

As the state determines how it will spend funds from the American Rescue Plan, Sisolak said he will continue to have conversations with small business owners over the coming months.

“We still have more work to do, so we can ensure that every small business has the opportunity to grow and to hire more people,” he said.