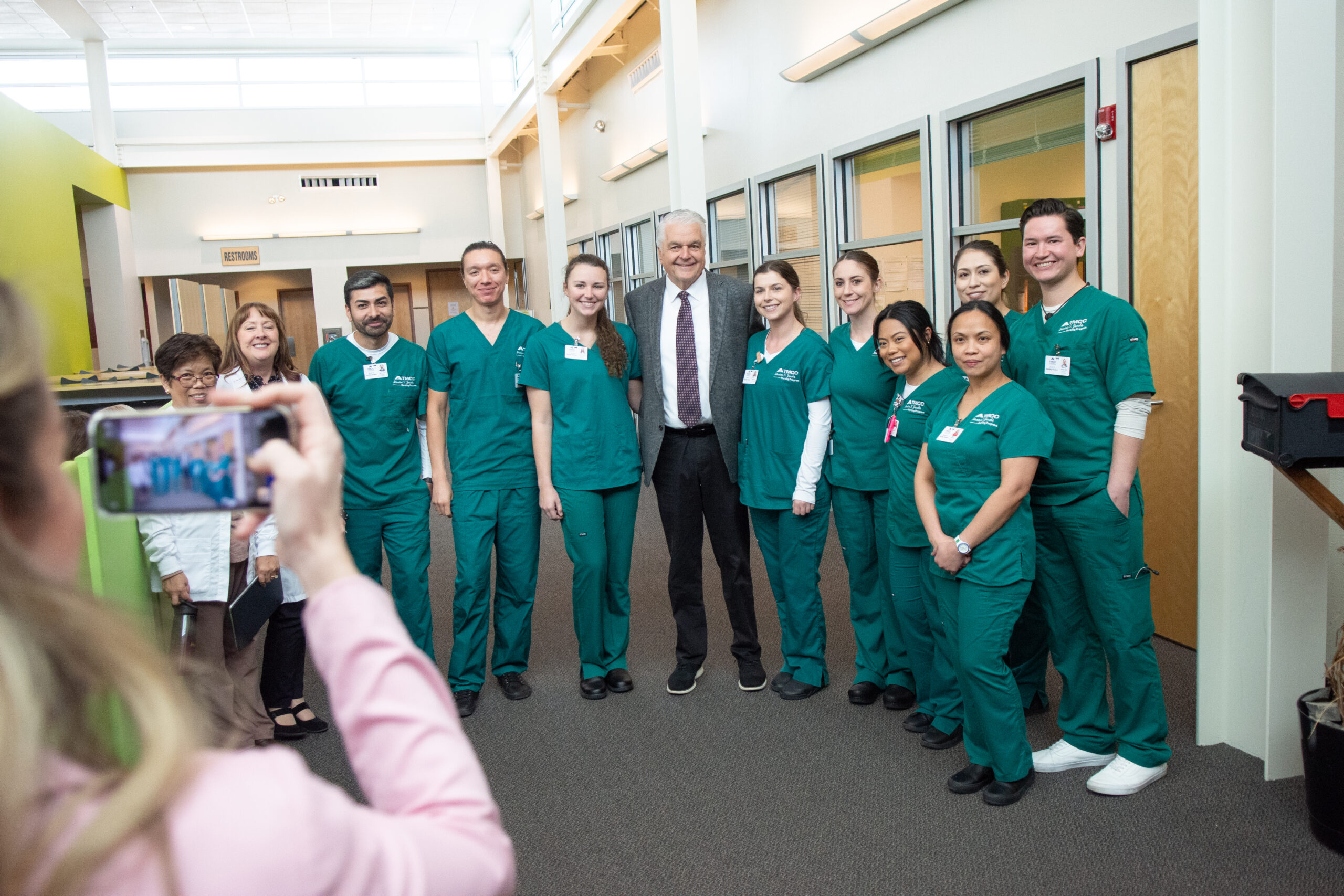 His campaign also requested that all debates be held after Labor Day, “when Nevada voters will be following the election closest, and streamed online to maximize viewership.”

The press release also took shots at Lombardo for indecision on policy issues.

“Governor Sisolak is committed to sharing his record and vision for a second term with Nevadans … Joe Lombardo has spent the last year taking both sides of every issue, saying ‘I don’t know’ and campaigning for a promotion while crime skyrockets — it’s past time he gave Nevadans straight answers on where he stands,” the press release read, referencing a video tweeted out by Nevada Democratic Victory of an edited interview of Joe Lombardo saying “I don’t know” 13 times.

Elizabeth Ray, Lombardo’s campaign spokesperson, wrote in an email to The Nevada Independent that they will work with Sisolak’s team to make the debates happen.

"This election is a referendum on Governor Sisolak’s abysmal record and failure to articulate a vision for our state,” Ray wrote. “Frankly, we’re shocked that Sisolak is willing to defend his disastrous tenure, but our campaign will gladly work with his team on mutually agreeable times, venues, and moderators for debates.”

The candidates’ apparent openness to debating is a change of pace from the 2018 governor race between Sisolak and former Attorney General Adam Laxalt, when no debates took place.

In that cycle, several conflicts were at play, including Sisolak not responding to Laxalt’s request to have a debate hosted by The Las Vegas Review-Journal, then owned by Republican and Laxalt donor Sheldon Adelson. Sisolak questioned the fairness of a debate hosted by the Review-Journal and Laxalt refused to move forward with any other debates if Sisolak did not comply.

Jacob Thompson, a UNLV professor and debate expert, told The Nevada Independent in 2018 that not having a political debate was a “travesty.”

“Number one, it tells you about the quality of the candidates’ mind, their ability to think on their feet, to put together coherent sentences that could potentially inspire or not, and their ability to handle pressure, which is really an important question in a race for an executive office,” Thompson said.