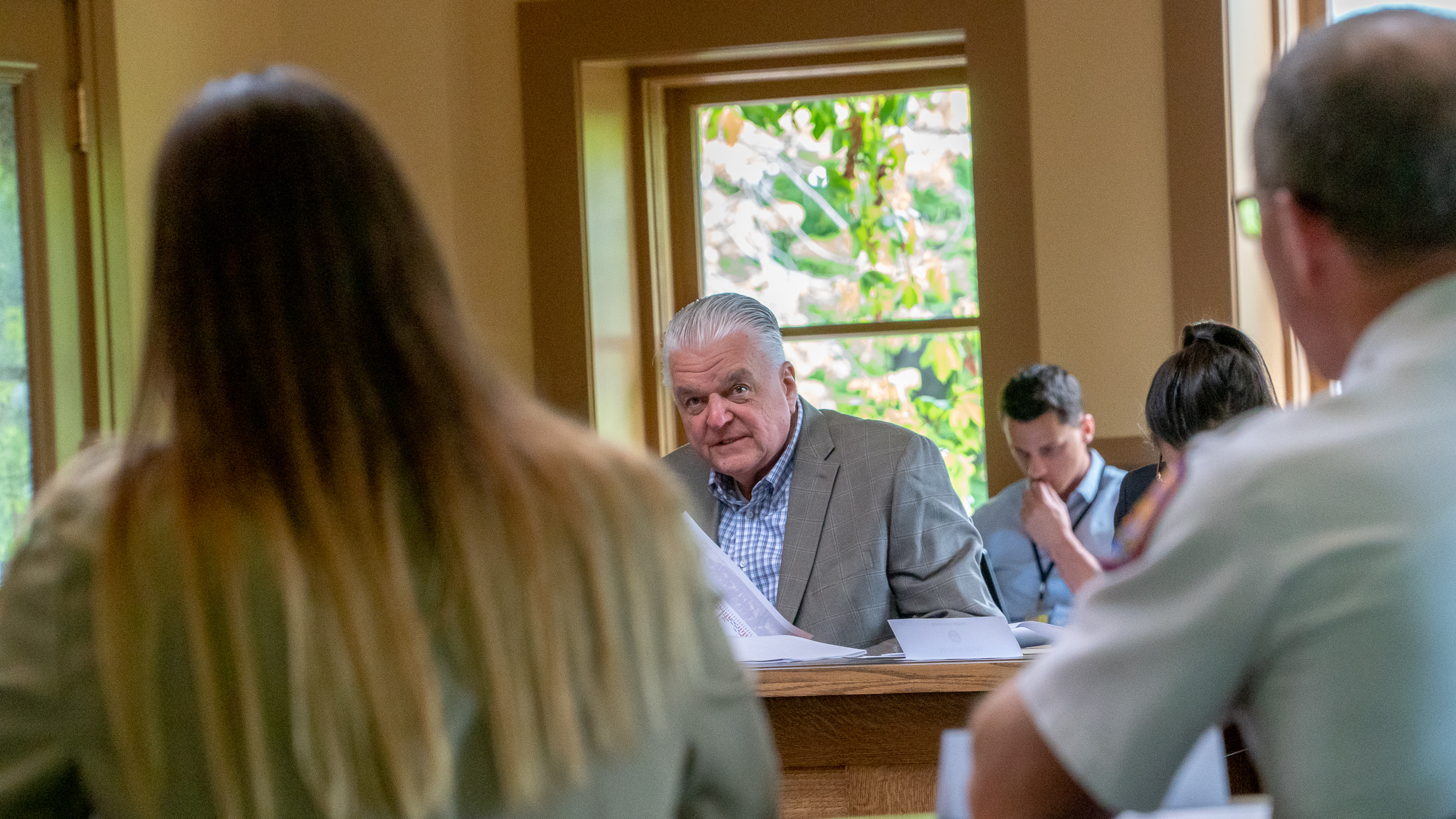 Gov. Steve Sisolak tested the waters Wednesday on whether members of a state board would issue a blanket pardon for people convicted of marijuana offenses, such as low-level possession, that are now legal.

Sisolak brought the idea up at a meeting of the Board of Pardons Commissioners. The panel, which includes the governor and members of the Nevada Supreme Court, deals with requests for clemency from inmates or requests for pardons, which restore rights taken away because of criminal convictions.

“The Governor has made criminal justice reform a priority of his administration, and he is always exploring new ways to expand those efforts,” his spokesman, Ryan McInerney, said in a statement after the meeting. “Since all clemency and pardons requests must go through the Pardons Board, the question the Governor posed today was merely a starting point of discussion of what could potentially be a larger, well-vetted proposal – if there was interest to do so.”

Since recreational marijuana became legal in 2017, lawmakers have taken steps to ease consequences for people affected when marijuana was illegal. Lawmakers in 2019 passed AB192, a bill that establishes a process for someone convicted of an offense that has since been decriminalized to have their criminal records sealed.

The process requires someone with a conviction to apply to the court for record-sealing, and if the prosecutor opposes the request, the matter goes to a hearing. Lawmakers testified during the legislative session that the sealing would apply to misdemeanor marijuana possession cases, but not every marijuana offense.

Attorney Kristina Wildeveld, who is active before the pardons board, said a pardon can take an offense off a person’s record. That could have benefits for people including undocumented immigrants, who can face deportation based on misdemeanors.

“It would be phenomenal,” she said of a broad pardon, adding that she thinks the universe of people affected would be significant.

Wildeveld said the next step is a records review to see who might be eligible for a pardon. She said she and Clark County Deputy District Attorney Alexander Chen were tasked with working on the project.