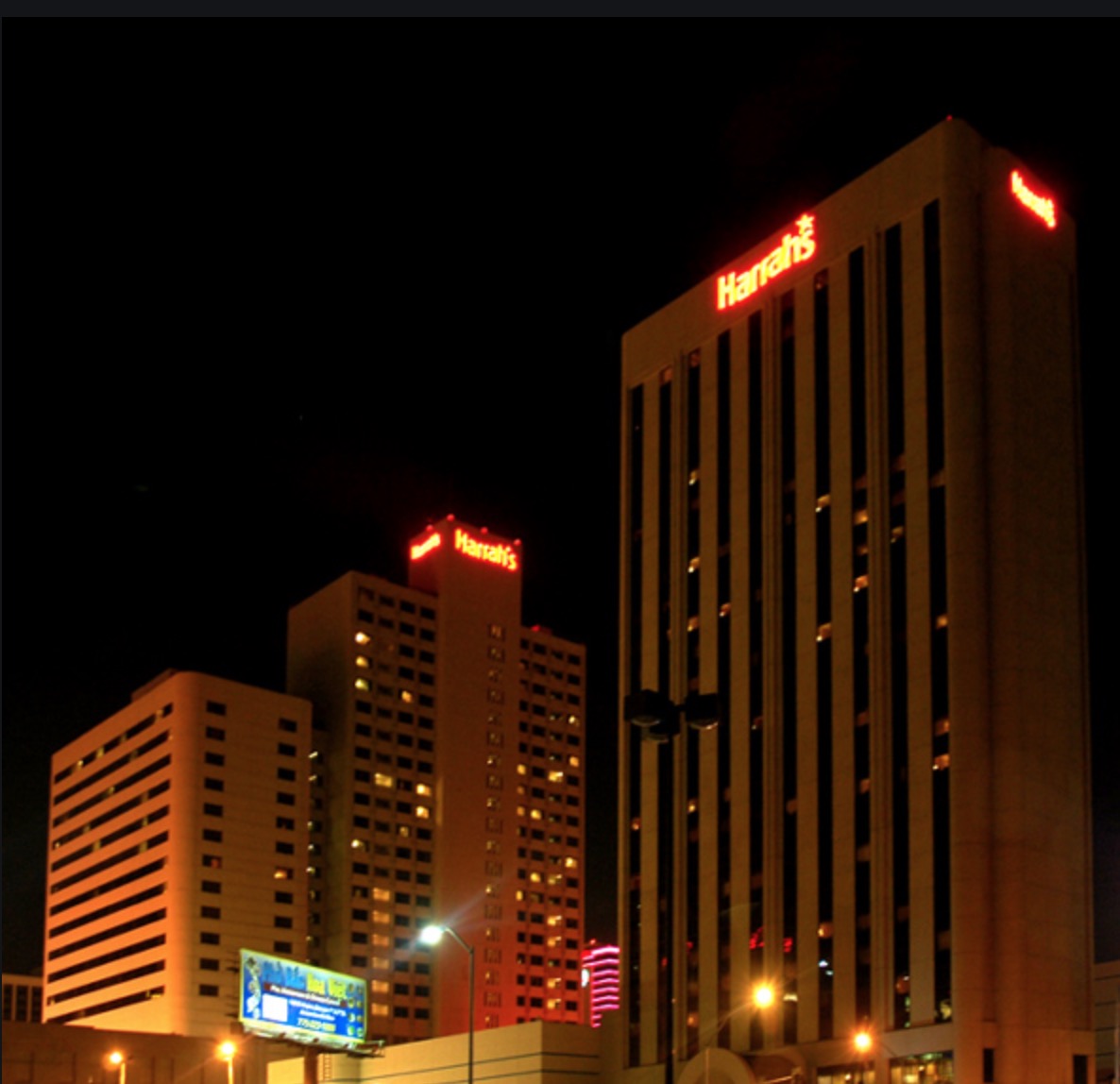 Update at on 1/16/20: As first reported by The Nevada Independent on Tuesday, Caesars Entertainment Corporation and VICI Properties Inc. today announced they have signed an agreement to sell Harrah’s Reno Hotel and Casino to an affiliate of CAI Investments for $50 million. The proceeds of the transaction will be split between VICI (75 percent) and Caesars (25 percent).

Caesars will continue to operate the property until the second half of 2020 and then will deliver the property to CAI to be redeveloped into a non-gaming hotel and mixed-use development.

The sale of Harrah’s Reno, one of the Nevada gaming industry’s historic landmarks, end the presence of the Harrah’s name in the Northern Nevada city after 83 years.

New York-based VICI has been leasing the property to Caesars Entertainment since VICI was created out of the Caesars bankruptcy in 2017 and took ownership of nearly two dozen Caesars-owned casinos.

Caesars is merging with Reno-based Eldorado Resorts in
a $17.3 billion transaction. Eldorado operates three casinos in downtown Reno –
Eldorado, Silver Legacy and Circus Circus, which are collectively referred to
as “The Row.”

Gaming analysts said Eldorado management, which would have acquired the Harrah’s Reno lease through the Caesars purchase, wasn’t interested in operating a fourth casino in the Reno market. In addition, there might have been federal antitrust concerns with one company owning that many gaming properties in the area.

Spokespeople for Caesars, Eldorado and VICI could not be reached on Tuesday.

The Gaming Control Board has lengthy procedures policy
for casino closures and changeovers, including shutting down gaming pits and
slot machines, inventorying and destroying casino chips and tokens, and paying
out in-house progressive jackpots. Harrah’s Reno has a 40,000-square-foot casino
with table games and 700 slot machines. The property has six restaurants,
including Harrah’s Steak House, the first restaurant in Northern Nevada to be
elected into the Fine Dining Hall of Fame.

Harrah’s Reno, which opened in 1937, was the original
casino in the Harrah’s chain that was founded by William F. “Bill” Harrah.
Currently, there are 17 Harrah’s-branded casinos in 11 states, including four
in Nevada – Reno, Lake Tahoe, Las Vegas, and Laughlin.

The property opened in 1937 as a small bingo parlor and
casino. Over time, Harrah acquired other casinos and land parcels to expand his
flagship resort. In 1968, he began construction on a
24-story high-rise that opened a year later. In 1981, a 100-room tower was
added to Harrah’s Reno by its then owner, the Holiday Inn Corp.

Harrah died in 1978, but the company became one of the industry’s largest regional casino operators. In 2005, Harrah’s acquired Caesars Entertainment in a $9 billion merger, which at the time was the casino industry’s largest merger. Harrah’s changed its corporate name to Caesars five years later.

Reno has seen many older casinos close over the past two decades and
downtown leaders are attempting to revitalize the area.

Gaming revenues produced by Reno casinos have bounced back after years
of steep declines due to the recession and competition from California Indian
casinos.

Eldorado CEO Tom Reeg told the investment community the combined company
would cut costs by $500 million in the first year after the merger. Many of the
cuts are coming through property sales.

In December, Eldorado sold three casinos – two in Missouri
and one in West Virginia – to Century Casinos and VICI for $385 million. The
company is in the process of selling a Missouri casino and Mississippi casino
to Twin River Worldwide Holdings for $230 million.

Eldorado is expected announced the sale of Montbleu resort in South Lake
Tahoe in the coming weeks.

The Eldorado-Caesars deal requires approvals by regulatory
agencies in 18 states – including Nevada – and a sign-off by the Federal Trade
Commission. The companies hope to close the deal by the end of March.

Howard Stutz is a freelance gaming reporter for
The Nevada Independent and the executive editor of CDC Gaming Reports. He has
been a Nevada journalist for 30 years. He can be reached at
[email protected] On Twitter: @howardstutz