Special board meeting ends without discussion about Jara's employment 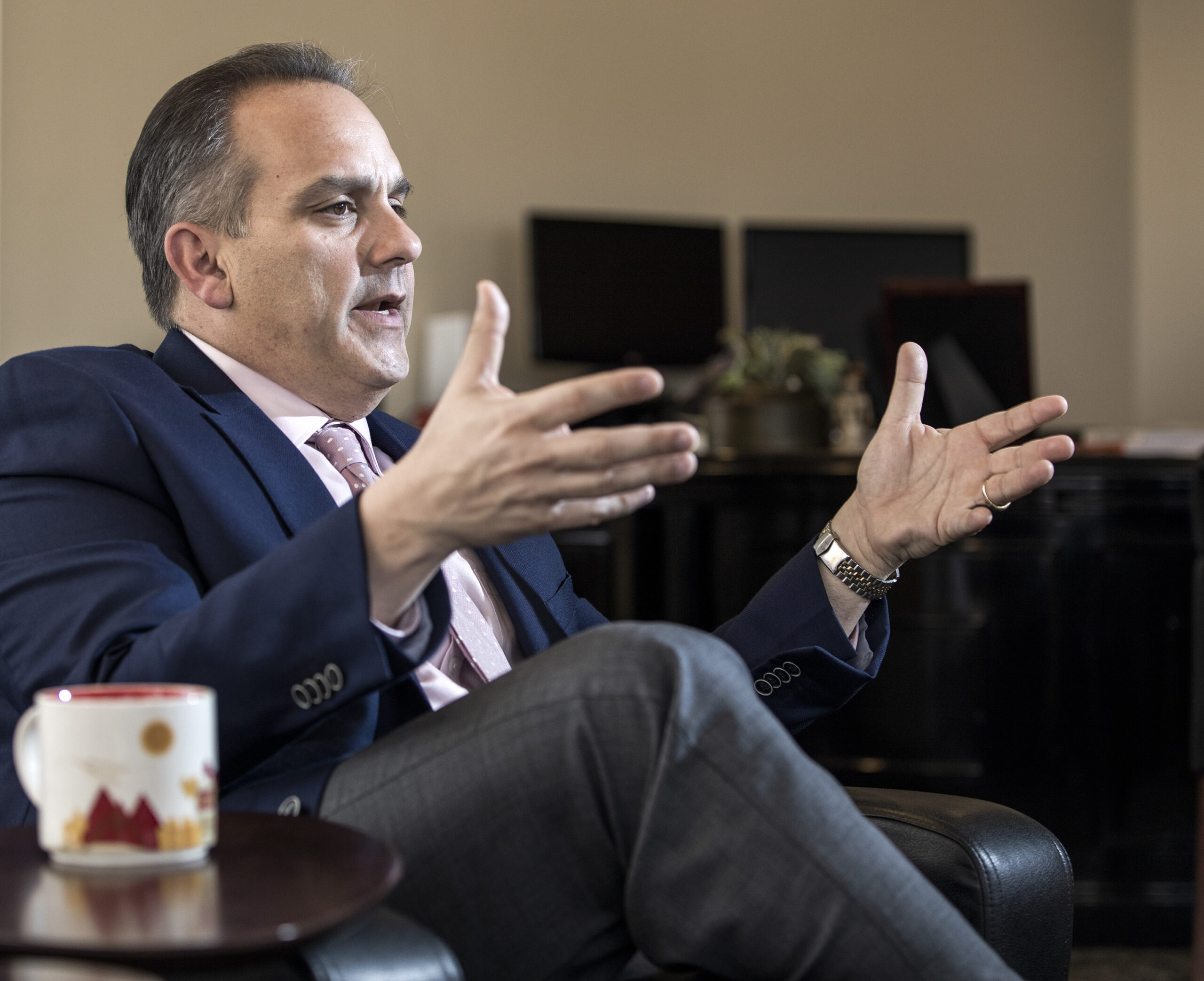 A special school board meeting Wednesday ended abruptly and in fireworks before consideration of an agenda item involving the possible firing of Clark County Superintendent Jesus Jara.

The move followed nearly three hours of discussion about Jara’s alleged dishonesty involving Assembly Bill 2, which would have redistributed so-called carryover funds from individual schools, and confusion surrounding the reopening planning process. The special meeting — called by Trustees Danielle Ford, Linda Cavazos and Linda Young — did not yield many new answers and, instead, appeared to further fray relationships among board members.

Before board members could discuss the third agenda item — the possible termination of Jara’s contract — Trustee Deanna Wright made a motion to adjourn the meeting. In doing so, Wright said, “It is clear that Superintendent Jara is not a politician, that he’s an educator, and I think we should have more open conversations regarding our legislative platforms and where we want to go in the future.”

Trustee Chris Garvey seconded the motion, leading to a 4-3 vote ending the meeting. The hasty conclusion occurred despite vocal protests from Ford, Cavazos and Young, who opposed the motion.

"I am disheartened and shocked that this was an unbelievably calculated move to limit discussion and to not allow the last agenda item to be even discussed,” Cavazos said immediately after the vote.

Young chimed in, saying she agreed with Cavazos. And Ford, addressing her four colleagues who voted to adjourn the meeting, said, “Thank you for proving our point.”

Frustrated chatter continued in the background as the meeting livestream ended.

But the fault lines were clear well before the adjournment. A testy exchange between Ford and Wright kicked off the discussion about the AB2 situation. Wright questioned whether Ford and Cavazos should have been advocating for the superintendent to testify about the bill. Ford said that matter wasn’t relevant. The conversation between the pair continued in that manner for several minutes.

Even when Ford tried to press Jara on whether Assemblywoman Maggie Carlton, Assembly Speaker Jason Frierson or state Superintendent Jhone Ebert originally asked for AB2, she didn’t get her desired yes-or-no answer.

“I think it’s been clear on the timeline that was sent to the board and that goes back to May 2019,” Jara said.

Cavazos then sought more clarity about the timeline — in particular a note that, on July 9, Brad Keating, the district’s director of governmental relations, received a call from the governor’s office asking about using carry-over funds as a source of unemployment benefits for support staff. Jara confirmed that version of events and said the district’s response was “absolutely not” because the district is self-insured.

“I would say that’s a pretty direct – I don’t want to say accusation — but that kind of would lead us in a different direction there, so it’s a pretty serious statement,” Cavazos said.

The governor’s office strongly denied Jara’s characterization. “No one in the Governor’s Office has ever had a conversation with anyone from CCSD or elsewhere about using funding from local schools for support staff unemployment,” Meghin Delaney, a spokeswoman for Gov. Steve Sisolak, said in a statement Wednesday evening.

Ultimately, AB2 did not pass the Legislature, but even if it had, the bill language restricted its use to instructional services and programs at schools.

Garvey said she doesn’t think the recent events have forever damaged the district’s relationship with state elected officials and that it’s time to move forward.

“The people out there in Nevada aren’t stupid,” she said. “They know that there’s a lot of horse-trading that goes on in Carson City so let’s just all put that a little bit to the side right now and focus back on what’s most important, and that’s our kids.”

Earlier in the discussion, however, Ford had expressed the opposite sentiment: “I’m not willing to go into one of the most crucial legislative sessions on record with a superintendent who’s not welcome in Carson City,” she said.

Young, meanwhile, focused on the apparent miscommunication problems clouding both the AB2 controversy and school reopening planning process. “I’m concerned that if this is a pattern of denial, how can we move forward?” she asked.

As for the reopening planning process, Cavazos wanted answers about why the board was misled to believe the Nevada Department of Education needed to approve the three plans as opposed to just the calendar and professional development portions, which turned out to be the case.

Jara said the information presented to the school board was the best available at the time.

“I think we are just going to have to agree to disagree on that issue,” Cavazos replied.

Minutes after the meeting adjourned, the Clark County Education Association — which has defended Jara throughout the ordeal —  released a statement applauding the motion.

“CCEA believes that the majority of the CCSD Trustees made the right decision today,” the union said. “The reckless and irresponsible act to send our school district into chaos was avoided.”

It’s unclear when or if the discussion will continue in some fashion at a later date. Jara released a statement Wednesday evening focused on the future.

“I am committed to leading our 320,000 students and 42,000 employees in partnership with the Board of School Trustees,” he wrote. “I am mindful that I have work to do in strengthening and developing relationships across all areas in which I work, and I am committed to doing so.”