Sportsbooks see betting enthusiasm, especially via mobile apps, even as athletic events are slow to return 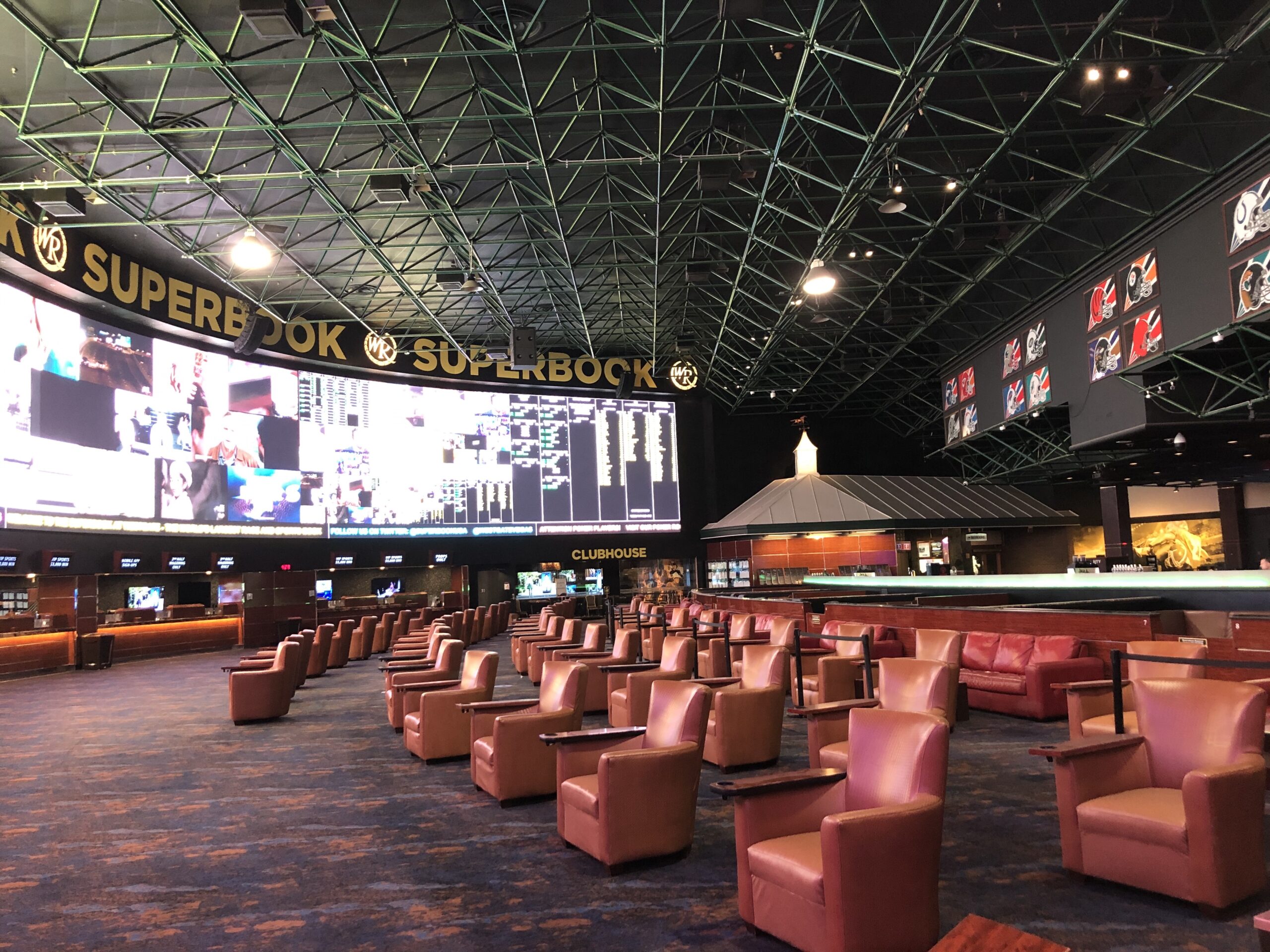 They’re the place inside casinos where cheers spontaneously erupt as fortunes change based on stunning athletic feats and, in some cases, buzzer-beating strokes of luck.

But for nearly three months — a time period normally marked by March Madness, the debut of Major League Baseball and professional hockey and basketball playoffs — all was quiet in Nevada’s sportsbooks. Now, the familiar hum of activity inside these sports-viewing meccas is returning despite a coronavirus-altered athletic landscape.

Some sportsbooks welcomed back patrons as soon as casinos were allowed to reopen June 4. Others have gradually reopened since then, including the Westgate SuperBook, which opened Thursday along with the entire casino-resort property.

“It gave us an extra two weeks to make sure we had all of our ducks in a row,” said John Murray, director of race and sports at Westgate. “Nothing is more important for us than the safety of the guests and employees we’re bringing back to the property.”

Like the casino properties they inhabit, sportsbooks feature new configurations and signage to meet social-distancing requirements. The Westgate SuperBook, for instance, removed more than 100 chairs to keep 6 feet between them. Partitions separate guests from tellers at the ticket counter. Decals on the floor instruct patrons where to stand in lines to keep distance. And employees will use tongs — a touchless distribution method — to give face masks to anyone who wants one.

Station Casinos took similar health precautions in its fleet of sportsbooks, said Chuck Esposito, race and sportsbook director at Sunset Station Hotel and Casino. The changes didn’t appear to dampen enthusiasm for their reopening: Shortly after Sunset Station unlocked its doors June 4, a patron made a beeline to the sportsbook and wagered on Korean baseball, he said.

For many, the sportsbook isn’t just about placing bets — it’s a hub of socialization. Esposito likened Sunset Station’s sportsbook to “Cheers,” the 1980s-era sitcom about a Boston bar.

“That’s really the biggest part,” he said. “We see guests so many times throughout the course of the day, week, month, year, so we do know their names. They know ours.”

Murray said he expects horse racing and mixed martial arts to draw people out to sportsbooks this weekend given the 152nd Belmont Stakes and UFC fights on Saturday.

The absence of Major League Baseball, however, won’t go unnoticed. The league and players’ union have been locked in a months-long tug-of-war over money related to a condensed 2020 season.

Based on the large number of games per season, baseball is typically the SuperBook’s third biggest handle sport after professional and college football, Murray said. Handle refers to the amount of bets taken on a sport.

“It’s really a big piece of our business,” he said. “It’s what traditionally carried us through the summer months.”

Even so, Murray said sportsbook operators are gearing up for what perhaps could be the busiest September on record if National Basketball Association, National Hockey League, National Football League and college football games occur alongside each other and the U.S. Open golf and Kentucky Derby.

In the meantime, Esposito said the race side of the sportsbook has garnered more attention in recent weeks given horse race activity every day. Station Casinos has added a race promotion over the next three Saturdays to gin up even more interest.

Another trend: more players signing up for mobile sports-betting apps. Even before the coronavirus temporarily closed casinos, the Westgate SuperBook was doing more than half its business through mobile accounts, Murray said. The sportsbook is offering a promotion through the end of July that allows bettors to make deposits into their mobile accounts for free — a move that could encourage more people to make sports wagers from home.

“It’s certainly the future of the industry without question,” he said.

Still, the camaraderie of a packed sportsbook during peak seasons carries an undeniable benefit when patrons make spur-of-the-moment bets, book rooms and drive up food and beverage sales. The cancellation of the NCAA Tournament delivered a “big blow,” Murray said, although it’s impossible to calculate an exact dollar amount without knowing how the games would have played out.

He’s confident interest in sports betting — whether in person or via a mobile app — hasn’t waned during the unprecedented suspension and delay of seasons, tournaments or events. It’s simply a waiting game for the moment.

“We just need these sports to come back,” he said. “We’ve got the accounts. We’ve got the customers. The demand is there.”